Dasung Launches a 10.3″ eReader on Kickstarter With a Ridiculous Price 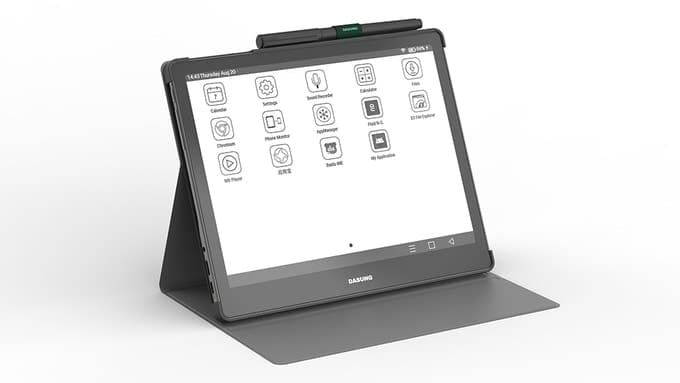 The Chinese E-ink monitor maker Dasung  is back again with their second ereader, but I really do not recommend buying it.

The Not-eReader 103 is a 10.3″ ereader that runs Android 9.0. It’s a lot like the Note2 from Onyx, only with a price tag over $200 higher and, judging by the reviews over at Mobileread, glitchy software.

You can pre-order one today on Kickstarter for $768. The announced ship date is November 2020. 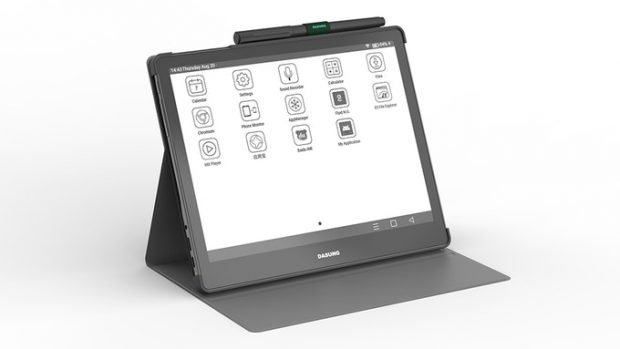 Powered by an octa-core Snapdragon 660 CPU, the Not-eReader 103 ships with 4GB RAM, 64GB internal storage (plus a microSD card slot), Wifi, Bluetooth, and a 6.4Ah battery.

It has a screen about the same size as the Remarkable 2, and like that ereader the Not-eReader 103 has both a capacitive and Wacom touchscreen. (The Remarkable 2 costs $399.)

While the Not-eReader 103 does cost almost twice as much, it does have a couple advantages over the Remarkable 2.  This device supports USB host, and it can connect to your PC as a monitor.

That’s great, but I do not feel it justifies the high price. 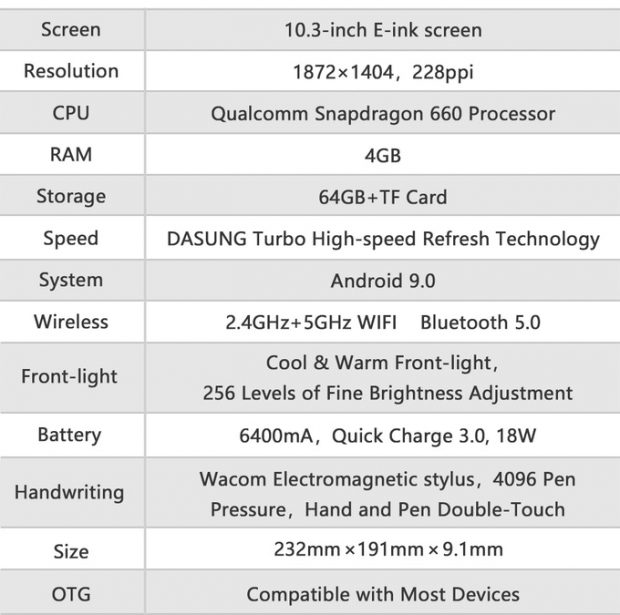 When Did Apple Become the Monolithic, Evil Voice it Fought in the Iconic 1984 Commercial? 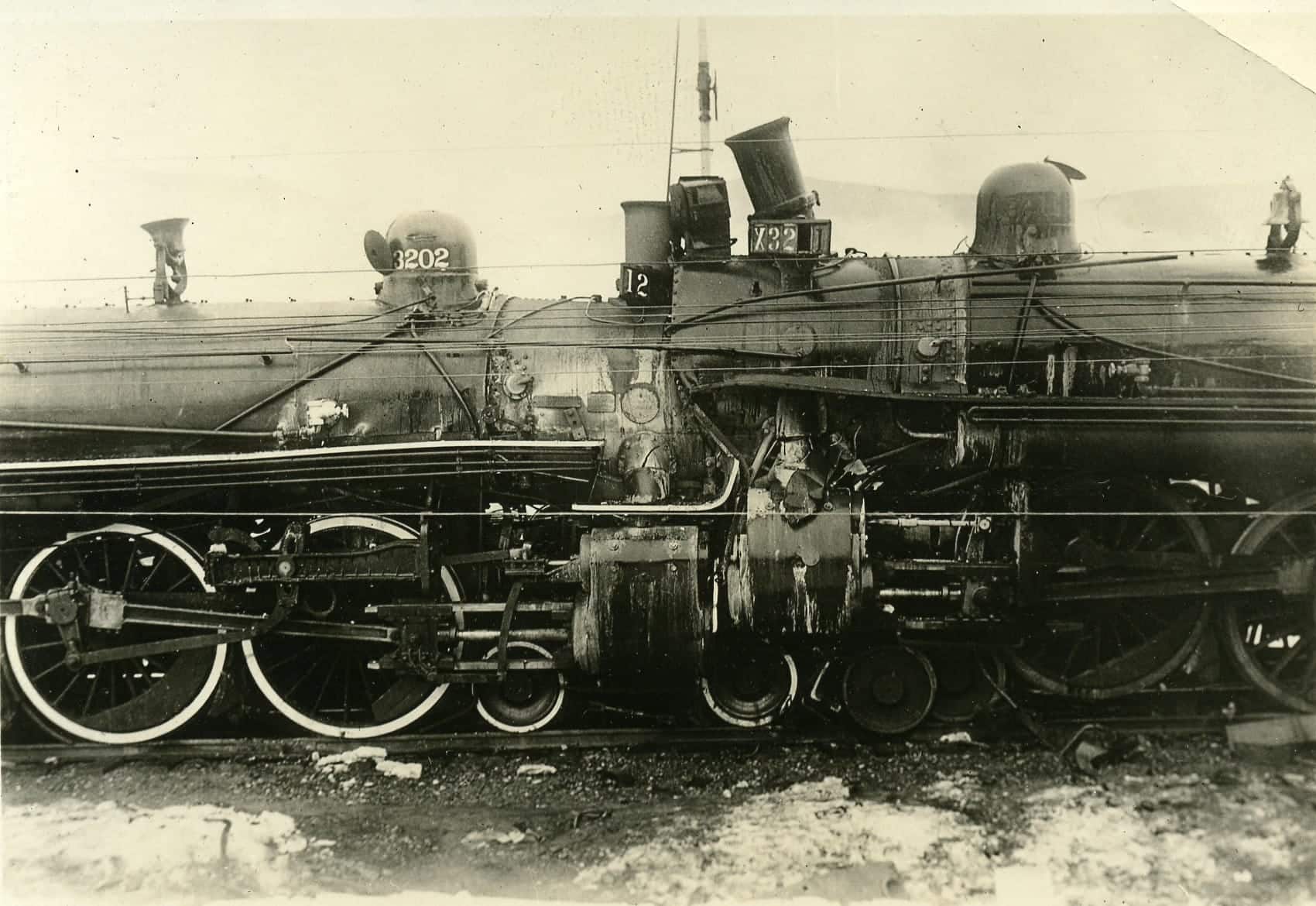 Look up Dasung’s IndieGoGo fiasco for their previous 7.8″ device (link below). The comments say it all. Stay far away from this one. You’ve been warned!

Thank you for the heads up!