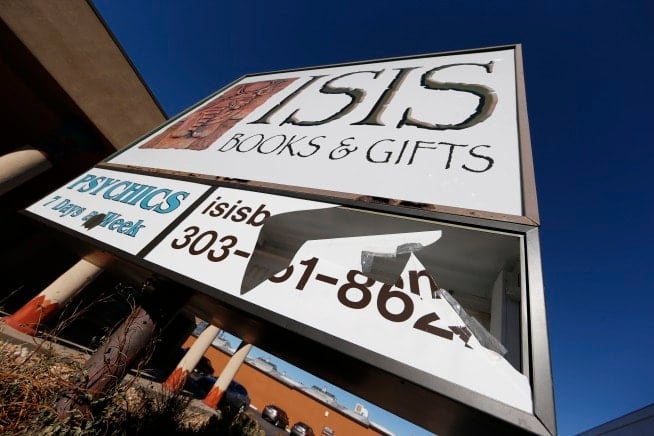 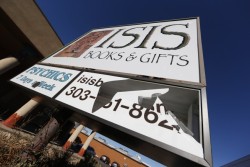 Isis Books and Gifts is one of many people and businesses to suffer from the negative attention of fools who can’t tell the difference between a terrorist group and, for example, a decades-old bookstore named for an Egyptian goddess.

The bookshop first reported the vandalism in November 2015 when it posted an image on its Facebook page of its shattered signage. That was just one “of the many incidents of harassment” it has reportedly experienced. Following numerous other acts of vandalism which included the smashed sign (several occasions) and a broken door, the bookstore has elected to remove its name from the signage.

Owner Karen Charboneau-Harrison told Fox31 Denver that she’s not changing the name, just removing the word from the signs. "People are a little bit on edge and there’s no need to play into that and incite any sort of ridiculousness,” Charboneau-Harrison said. “We feel very strongly about the name Isis, but we feel just as strongly that we don’t want to be waving a red flag that would entice ignorant people to act out of their ignorance."

The sign now reads Goddess Books and Gifts, and features a profile sketch of the Egyptian goddess.

In spite of the harassment, Charboneau-Harrison has no plans to give up. The store posted on its Facebook page in early December that it had received "literally thousands of messages of support" before going on to share the tale of one of the many women and girls who are harassed and bullied simply because of their name.

This includes Isis Anchalee, who kept getting banned from Facebook because the social network could not tell the different between an SF-based software developer and a terrorist organization.

Ignorance and bravado is a terrible combination. This reminds me of the story of a doctor in Wales in 2000. Her home was vandalized by people who apparently did not know the difference between a paediatrician and a paedophile.