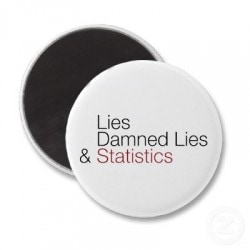 I’ve always argued that fighting piracy by simply removing content from pirate sites was not an effective technique, so when I read about a report which showed I was wrong I was deeply interested.

Unfortunately that report was a hoax wrapped around bad data used to disguise an advert for an anti-piracy service.

Arthur Klebanoff, the founder of Rosetta Books, is shilling for the anti-piracy service Attributor today. He has just posted an article over on DBW in which he claims that Rosetta Books' recent anti-piracy efforts have been resoundingly successful.

That blog post and the report in question were released today in order to promote a session at the DBW conference later this week.  I won’t be attending so I would appreciate it if someone would raise these issues in the session.

According to Mr. Klebanoff, Rosetta Books has been testing the Attributor service with 9 of the ebook titles distributed by Rosetta Books. If you believe the chart in the attached PDF, between April 2011 and March 2012 Attributor issued 500 take down notices each quarter while at the same time sales of those titles rose by a factor of 2.6.

Unfortunately, there are a few serious problems with the so-called report.

Before I list the errors and discrepancies let me say that had this report been valid I would have been happy to write about. A report that could show that a real connection between fighting piracy with take down notices and an increase in sales would have been newsworthy.

First and foremost, this so-called report doesn’t list the 9 titles it supposedly covers. Without that detail we cannot factor out external causes for the increase in sales like price cuts, marketing campaigns, related content launches (movies?). We also don’t know whether the 9 titles in question were best sellers, midlist, nor do we so know the genre. That’s going to make it hard to compare the behavior of these titles with the rest of the market.

This report also neglects to chart the growth of the other ebooks distributed by Rosetta Books. The sales behavior of the other titles is particularly important because Attributor was hired to cover all of Rosetta Books' 1,500 titles. Was this so-called report written based on the 9 best performing titles? It certainly has the appearance of cherry-picking the data in order to present the best results.

Furthermore, there’s no sign that Rosetta Books took correlation into account. For all we know the increase in sales came from other places. For example, AAP sales stats show that ebook sales in 2011 doubled over that of 2010.  Also, one of the quarters covered in this report was right after Christmas. As anyone who follows the AAP sales stats for the US ebook market can tell you, there is usually a seasonal bump in ebook sales in the months following Christmas.

All in all, this so-called report isn’t worth the electrons it is made from. In reality it is little more than a poorly written advertisement for Attributor (AKA Digimarc Guardian).

This report completely fails to show that there is any positive effect gained from issuing takedown notices to pirate sites.  That is what I have been saying for the longest time, and I will admit to being somewhat pleased that I have yet to be proved wrong.