press release crossed my inbox this morning from ReDigi, the startup that offers a marketplace where you can resell digital music. They have been awarded a patent on their business model and method for letting you resell that music.

According to the press release, the patent describes a way for ReDigi to act as a digital locker, thus enabling the service to transfer rights to a song or other digital content without making a copy. This is a different process from the unrelated Apple patent application on selling used digital content, and it is also different from Amazon’s patent, which was awarded last year.

Today’s news might come as a surprise to some, given Redigi was sued in 2012 and lost a lawsuit last year which found their service to be infringing, but not to me. The newly awarded patent neatly routes around the ruling handed down last March, and it matches closely with my estimation of how ReDigi would continue to operate after having lost the lawsuit. 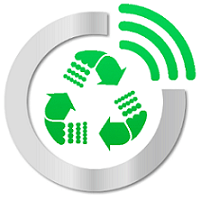 The tl;dr version of the ruling can be summed up as saying that buyers can resell digital content only they have to sell the physical media that the original digital file is sitting on, otherwise a copy would be made.

This struck me as a particularly tortured decision where an uncomplicated idea was twisted to fit legal precedent, but ReDigi set out to comply with it anyway. The patent mentioned above details ReDigi’s plans to comply with that ruling.

Here’s how I predicted it would work in May of last year:

I believe that ReDigi is going to argue that their servers will host the original copy. That would let ReDigi argue that the digital music that is now being sold via their marketplace does not reside on a user’s computer. While users might have copies of the file on their computer, the original copy is regarded as existing on ReDigi’s servers.

That could be what makes it possible for the music file to be sold, or rather instead of selling a file ReDigi will enable a user to sell the space that the file occupies on the ReDigi server. And because the original copy resides on the ReDigi server there will be no copying of the file during the transfer.  This will enable ReDigi to skirt the copying==infringement issue.

ReDigi has continued to act as a music reselling marketplace ever since they lost that lawsuit in March, and last year they also announced plans to also act as an ebook, app, and other used digital content marketplace. That does not appear to have happened, and I can’t get any confirmation as to when it will happen, but I expect that ReDigi is still working on the idea.

Thanks to their new patent ReDigi is well-placed to lead the digital content resale market. They are the one company that has a legal marketplace up and running, and they own the patent on one way to comply with US law. Both points give ReDigi a distinct advantage over their competition.

Hat tip to Chris Meadows because he got the embargoed press release, and I did not.