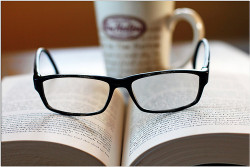 The Dutch retailer Bruna has long sold ereaders and ebooks on its website, and now it wants to offer a subscription ebook service. Bruna announced on Friday that it was seeking 50 readers to take part in a 3-month-long pilot.

The new service is going to be called Bliyoo, but that is one of the few solid details I can report at this time. Bruna hasn’t shared the cost or other terms, but they have said that the pilot participants will have free at least 50 current digital books and magazines which they will be able to read on their PC, tablet, and smartphone.

Bliyoo was developed by the Dutch digital publishing startup Push2Tablet, which had also built Bruna’s Tablista reading app. Due to onging negotiations with publishers, the cost and the number of titles offered are still up in the air.

With the expansion of Kindle Unlimited, Scribd, and Oyster, and the launch of new services including Blloon, ebook subscriptions are a hot topic right now – and that includes the Netherlands. Bliyoo could well face local competition when it launches later this year. Tom Kabinet, a site infamous for its used ebook marketplace, is also developing a subscription ebook service which it plans to launch later this year.

Infographic: The Value of a Book (to an Author)