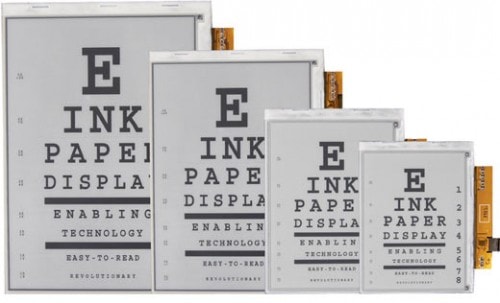 It looks like E-ink’s losses last quarter were as bad as they sounded; yesterday they announced austerity measures as part of a plan to reduce operating expenses. The news comes via paperwork that the publicly traded E-ink is required to file in Taiwan.

The staff has been asked to take a couple unpaid days off this month and next. Curiously enough, there’s no mention whether the factory workers will be affected by the austerity measures, and that raises questions about the overstock situation which was reported last month.

Senior executives will be taking pay cuts ranging between 10 percent and 20 percent, thought there’s no mention of whether those cuts will be permanent. The austerity measures which will likely affect around 500 workers.

On the upside, E-ink Chairman Scott Liu did also tell investors that E-ink’s partners are going to release new products in the coming months. One can hope that he was referring to ereaders, but keep in mind that E-ink’s screen tech is used in much more than the Kindle, including signage, electronic labels, whiteboard, and other displays where having a bistable display is more important than the added cost of the screen.

In any case, this isn’t the first time E-ink has gone through a rough patch. Back in 2001 they laid off a quarter of their workforce when they decided to pivot from signage to the handheld market. Of course, back then they only lost 37 people, but it was a smart move considering the success E-ink later enjoyed as their screen tech dominated the ereader market.

[…] I lean forward).The other point which caught my eye was both a surprise and an explanation for the decline in sales of E-ink screens.When considered as a reading device, the tablet won out over everything from PCs and smartphones to […]