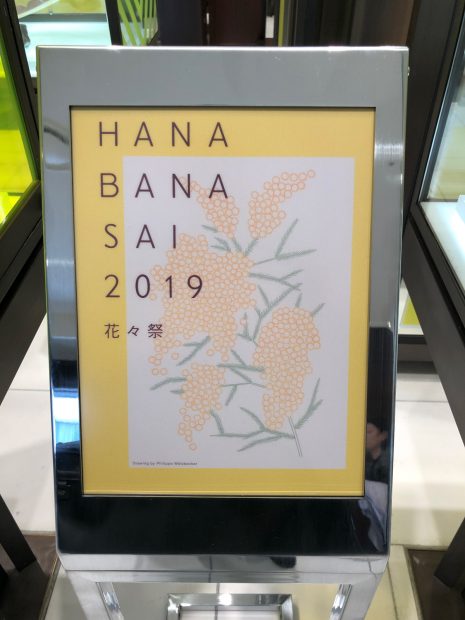 Remember about 3 years ago when E-ink announced their ACeP epaper signage?

It was supposed to have shipped in 2017, but we have seen neither hide nor hair of the new screen tech for almost three years (it’s almost as if conventional screen tech being faster, cheaper, and more colorful was enough to make signage manufacturers lose interest in E-ink screen tech).

But that has finally changed.

E-ink has announced that Japan’s Toppan Printing and retailer Isetan Mitsukoshi are getting ready to deploy the world’s first color epaper digital point-of-purchase sign (that’s basically a fancy way of saying the sign is at registers).

Isetan Mitsukoshi, which has been promoting environmental initiatives, worked with Toppan to develop the signage to reduce paper waste from its in-store promotions. The retailer will install a prototype in the Isetan Shinjuku store for their “HANABANASAI” campaign that launched earlier this week.

The POP product developed by TOPPAN and Isetan Mitsukoshi enables a simple content update process through a PC or smartphone for greater operating efficiency and reduced environmental waste. The signage does not require any power at the location of installation for easy mobility around stores when layout changes are needed. The addition of E Ink’s ACeP display brings an enhanced visual appeal to the in-store promotions, with the ability to update information wirelessly.