If you were hoping to spend part of the Fall out in the great beyond with your back country Android tablet then I think you might have to put your plans off for a while.

The developers behind Earl, the ruggedized Android tablet, posted an update today on their website. They had initially planned to get the 6″ tablet shipped out to early supporters by the end of this summer, but it looks like they may have missed their target by just a bit:

At this time, we estimate that manufacturing will start around the beginning of January.  I’ll be living in Shenzhen for the duration of development so I can be close to our engineers and approve/test each revision of Earl.  This will shave off a couple of revisions and save time, but we want to make sure every component in Earl meets our requirements.  Again, we know this is last thing you all want to hear.  But Earl WILL be worth the wait!

It looks like the developers were a tad optimistic about the complexity of the Earl’s design, because it turns out that this tablet is even more complex than the Chinese manufacturing partner is used to working with:

As we mentioned in our last update, we have enlisted an engineering firm in Guangzhou, China to produce Earl.  While they currently manufacture devices that run on Android 4.0 and the i.MX6 platform, Earl is a unique tablet that requires extensive engineering to include the additional sensors and radios.  With so many components, placement is key and RF interference is a major obstacle.

The developers are now expecting this tablet to go through at least 3 hardware revisions, which will stretch to at least the end of November (and possibly even longer if more revisions are necessary). Software development isn’t scheduled to start until October and it should be completed by the January ship dated.

The developers have posted a revised schedule along with the update, and based on the amount of work that still has to be done I can’t help but wonder why they initially claimed that they planned to ship the Earl before the end of the summer.

Were the developers ignorant of the work involved or did they intentionally mislead everyone who invested in the crowdfunded campaign? I don’t know which possibility is true, but I do know that I’m not sure I trust these guys any more. 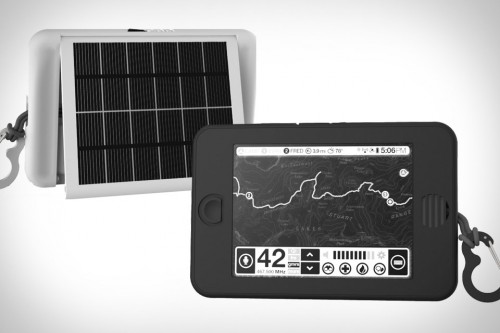 As originally reported back in May, the Earl was supposed to run Android 4.1 on a dual-core 1GHz CPU with 1GB of RAM, 16GB Flash storage, a microSD card slot, and a solar panel on the back. It was also supposed to have a 6″ HD E-ink screen (1024×768 resolution) which was going to be made by LG Display and use their proprietary plastic backplane (for extra durability).

This is also a well connected tablet with Wifi, Bluetooth, GPS, a conbo AM/FM/SW/LW radio,  and a FRS/GMRS/MURS radio for picking up emergency transmissions.

And that’s not all.  Earl can also double as a weather station – and then some. It’s equipped with a magnetometer, thermometer, barometer, humidity sensor, and an anemometer. Other sensors include GLONASS, an accelerometer, a gyroscope, and an IR blaster for communicating with other gadgets.

That is a feature rich tablet, and I do hope that the production model has as many sensors. But given that we now know that this is a truly complex piece of hardware I suspect that the final design will end up as a somewhat less complex tablet. 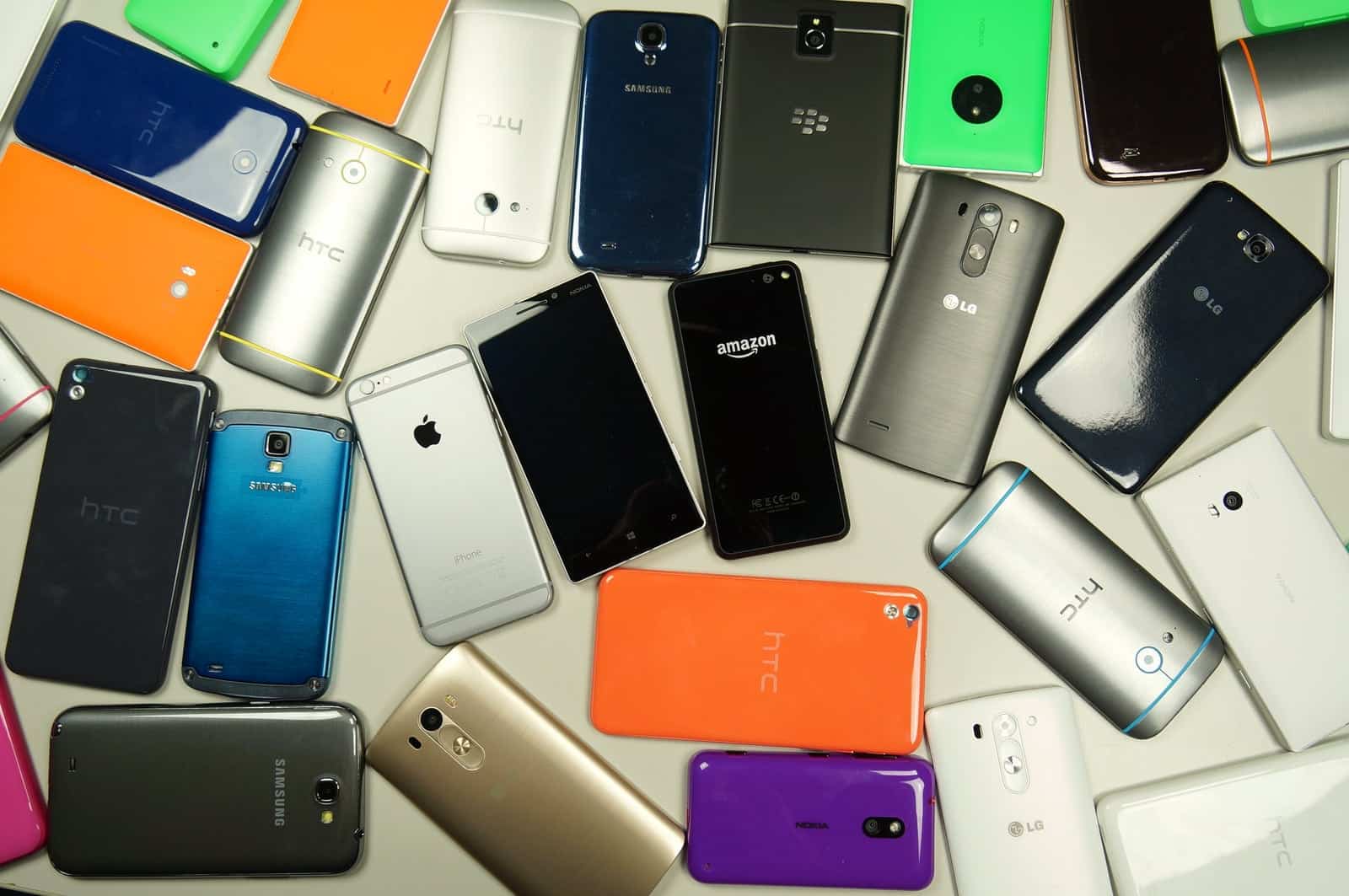 > Were the developers ignorant of the work involved or did they intentionally mislead everyone who invested in the Kickstarter campaign?

First off, it wasn’t a Kickstarter campaign, it was an independent crowdfunding campaign on their own website.

Communications has always been the Earl team’s biggest problem. They completely suck at it. I’ve gotten more updates from cheap stuff off of Kickstarter than from the Earl people. All that the Earl forum did was make it more efficient to post comments, make suggests and ask questions, which were never answered.

And, as I just checked, I haven’t received an email with the update from the Earl people. Even on the rare occasions when they try to communicate, they can’t do it right.

Their next big problem was trying to let the community design the device. They started off with a meerkat, and the community ended up suggesting an elephant.

And yes, I am an Earl backer.

When did the community get to design the Earl? The first I heard of it was in May and the design looked like it was finalized.

So far, the information we got from team Earl is not entirely unplausible. If this was ever planned as an elaborated scam, and the existence of videos of a prototype device shell and maps and radio frequency selection on one of these flexible displays should count as elaborated here, why would they later fail to keep their backers' trust in such an amateurish way that would so obviously give them reason to believe that it’s time to pull their money back? To me, it looks rather like they haven’t planned in any communication overhead during their development phase.

A current challenge seem to be the RF modules in the device. To have these not interfere certainly requires an appropriate hardware design.

I guess, since there is no conclusive evidence whether or not this is a scam, it is up to every individual to decide what to think about it. But what choice have those who hope Earl will eventually be made? Pulling their money back now and waiting for another crowdfunding campaign for an identical device from other guys they’ve never heard of before (sounds weird?)? Pull their money back now and buy a different device that is not Earl and be unhappy with that device because it lacks all the things that Earl was supposed to have (note that you will then still have spent your money on that device)? Or hope that the current team really is just understaffed but is working on bringing Earl to life? I’d say, if you want Earl, your best bet is, to hope for the latter. Neither option is guaranteed to yield satisfactory outcome although people’s desire to have a cake and eat it is understandable.

Bit of a shame for the delay; I’ll hold fast (mid to late supporter, pre-ordered with 24K maps) and hope for the best. My associates in the sar community here are looking to me as the guinea pig here since no one else wanted to drop the hammer on the pre-purchase. This is a bit more uneasy than the BaoFeng fm handheld transceivers I convinced several sar members to purchase (those have worked out well so far but we’ll still get the Yeasu or Kenwoods for official duties). I worked for a power supply design/reseller firm in San Francisco (mfg. company was Hong Kong, 1990’s) and that was quite an experience compared to US aerospace (Aerojet, Explosive Technologies Inc) and pharmecutical company I had been with previously. My opnion (esp. having travelled to China and Hong Kong and working with investor/engineers in the Bay Area who are in startups dealing with China) is that the companies under-estimate the exponential or geometric growth in complextity with projects as the devices grow in "bundled functions" or multi-parameter usage. Straight forward single-ended blueprints are fine as the goal is fairly fixed and can be approached from different angles; but a multi-function device esp. software driven as well, requires a more directed approach to solving the intergration of "all of it" into a product. You end up with more restrictions and thus less avenues to approach a working solution without compromises. But a habit of just getting something built with the least finanical expenditure or using the least demanding manufacturing techinque can be a impediment to better thinking. I knew of one H.K. firm whose senior engineer would snip off components from a finalized design (this was a crt type color PAL tv) until the unit failed; he would then tell the assembly manager to keep the "new" design plus the last component before failure as the build list. Sometimes the best force-fit is to establish boundaries of absolute requirements and word back to what resources will get those hard design limits established. I wish EARL the best of fortune and hope to see one in my backpack in January. PS, I tried out a Samsung 7in Android tablet in the Trinity Alps as a test and would say that it is very nice to have the topo maps scroll at will and zoom at will, the inboard gps worked fine in the woods and it is a pain to take measures to protect the screen and non-weather resistance of it (I at least used a gallon size zip-lock baggie). My Solio did recharge it from 37% to 100% so that’s good as well but overall thats about 2 pounds nearly. That needs work but it was interesting to compare the topo with dependable map and compass skills (one lake;s name on the electronic topo is different from the Foresty Dept.’s topo but the location is the same. Go figure.

I thought their original time estimate to get a device to market in approx 3 months was crazily fast even if they were using off the shelf components.

Making the software customizations along with the the integration of components, going through prototyping and then starting manufacturing and delivering a quality product in that amount of time was never realistic IMO.

I suspect these guys are just naive rather than fraudsters, but I wouldn’t be surprised to see the delivery date pushed further out than January soon. :-\

[…] This 6″ Android tablet was announced in May and was supposed to ship by the end of the summer. It has unfortunately been delayed until (at least) early 2014. […]

It’s a clear SCAM…… Luring more people in the process…

"we estimate that manufacturing will start around the beginning of January" ……we all assumed that that was January 2014….(silly?). It’s now summer 2014 and the latest update has no hard launch date nor a scheduled manufacturing start. If you don’t know the start of that in July, it is unlikely they will ship this year….IF THEY EVER SHIP. Emails asking questions are simply not answered. Suggestions of a scam are already being made. People are asking for a refund. New technologies now on the market are making this product obsolete before it ever gets to market

What BS this is the most unprofessional company that never was! I have been emailing requests for refunds since January of 2015!!! No product, no updates a dead web forum and NO responses to my email! I feel like I’ve been shammed and am looking into pressing charges and posting to ripoff report.com as well as contacting the media (they’ve helped in the past NJ chnl 9 I Team Brenda Flannigan) this guy is s thief!