eBook Publishers Could Learn a Thing or Two From App Developers 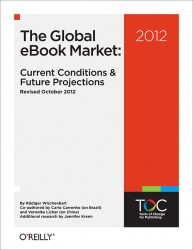 eBooks are increasingly being thought of as works in progress.  In the past Pearson has announced early releases of time-sensitive programming books, O’Reilly has published an unfinished ebook, and now that iBooks 3.0 makes it easier for publishers to push out new content it’s clear that ebooks aren’t regarded as the finished product their print forbears were.

But as useful as the impermanent nature of digital content might be, ebook publishers are still casting about to find the best way to make use of it. I was reminded of that this week by a recently updated ebook.

O’Reilly is a technical publisher who is well known for selling DRM-free ebooks, and one of the eboks I have bought from them is called The Global eBook Market: Current Conditions & Future Projections. As you can tell from the name, it summarizes the  global ebook market.

This is the type of book which will quickly go out of date (6 months or less, IMO), so it’s a good thing that O’Reilly has released an update a few days ago. Or it would be, if I could tell what had been changed with the new edition.

There’s no clear indication in the ebook where new content has been added, nor can I see where the existing content has been edited to include corrected facts or other details which only came to light after the previous update. There isn’t even a change log for the update, so I don’t even know which sections were edited.

Here is where ebook publishers could take a lesson from app developers. It’s more common than not for app developers to post a list of what had been changed whenever they release a new version of their app.  While the changelog is not always complete or accurate, it is better than not having one at all.

And yes, I do realize that I am preaching to the choir, given that a lot of digital publishers work with/beside/for app developers. On the other hand, O’Reilly is not posting these kind of details and if one of the more innovative digital publishers isn’t then chances are they’re not alone.

And besides, having this info in hand would really help readers, and that is the whole point. 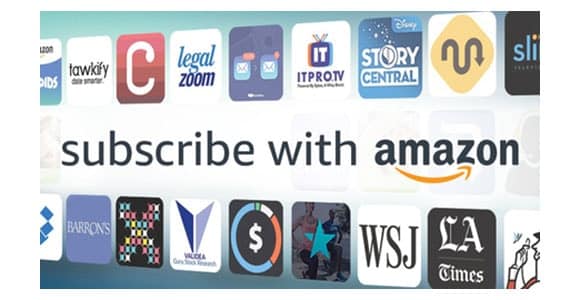 Funny you should mention this today–I wrote a blog post last night about some ideas I, as a newbie ebook author/publisher and longtime app developer, had about the future of ebook distribution.

TLDR: distribution should be crowdsourced. Authorship & readership are already well distributed; there’s no obvious need for corporate behemoths in the mix.

The whole notion was inspired by Amazon’s recent account-locking mess. Anyway, tonight I’ll go into more detail & cover what happens when I’m proven right and royalty splits go away too. {8′>

I think this will be happening. Whether any company currently in the game will choose this path…beats me. Somebody will.

There are plenty of file comparison programs around, provided you still have a copy of the older version. It wouldn’t be hard to create one that was specifically targeted at ePubs, or any other eBook format.

It turns out I still have a copy of the previous edition – as a PDF, not Epub. Damn.