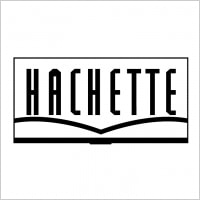 The French media conglomerate  Lagardere released some details from their quarterly report today, and the figures for the publishing division might shock you. When compared to 2010 , sales were down 5% last quarter at Lagardere Publishing (down to 601 million euros), with the US and UK markets seeing an even steeper drop (8% and 10%).

The drop at Hachette, the US sub, is being blamed on cheaper ebooks  and the death of Borders.  Lagardere  also reported that when Stephenie Meyer’s book were excluded from the accounting, sales were actually up  a fraction of a percent.Even so, ebook sales were still up at Hachette, and they now account for 21% of revenue for the first 3 quarters, and that’s up from 9% revenue last year.

While that might look astounding, it shouldn’t be a surprise. Our last report from Lagardere indicated that ebooks accounted for 20% of Hachette’s revenue in the first half of this year. Today’s news is still a sizable increase, yes, but not an earth shattering kaboom.

But there is a bit of news that odes qualify as earth shattering. US ebook sales are great, but in the UK they account for 9% of revenue. Given that the UK market is significantly less well developed than the US market, 9% is a surprising chunk of change.

Why Did it Take Stephenie Meyer so Long to Join the Kindle Millions Club? – The Digital Reader November 9, 2011 um 2:04 am

[…] this, but good books can succeed at low prices. And as we saw today, high prices inhibit sales. The Price Fix 6 might be doing okay with ebook sales, but clearly the lower price point is also a valid […]

[…] E-books made up 21% of publisher Hachette’s revenue so far this year, according to new figures… Other major publishers continue to report huge growth in ebook sales and revenue, too: the future of publishing is here. […]

[…] latest news came from Hatchette back in November. Technically Hatchette reported that ebooks were 21% of revenue, not that ebook sales had doubled, […]

Ebooks Revenue is Leveling Off for Hachette US – The Digital Reader February 7, 2012 um 2:22 pm

[…] at the same rate. What I find interesting is that past reports from Hachette have pegged ebooks at 20% and 22% of US revenues. That’s a plateau, and the US market is still growing.In fact, […]