eBooks Now Make up 16% of the Canadian Book Market 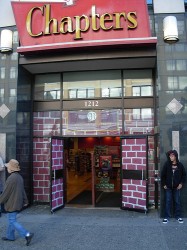 eBooks are growing in popularity everywhere, so it comes as no surprise that BookNet Canada announced today that according to their estimates and a recent survey, digital content now makes up 16% of the Canadian book market. They’ve just released a new report which delves into the behavior of the Canadian book buyer, and it has turned up some startling details like 14% of book buyers have gone digital only.

The report also shows that a full 19% of Canadians buy at least some ebook content, and the 7″ of readers who still buy paper and ebooks tended to buy the most, with an average of 4.5 titles a month. that is a noticeable difference from population as a whole. The report shows that a third of Canadians are regular book buyers who purchase 2.8 titles each month.

eBook prices trended lower than print, with the average ebook selling for under $8 vs the average paperback for $12.18 and the average hardcover for $19.09. While ebooks account for 16% of the market, paperbacks still reign supreme and hardbacks still make up 24% of units sold.

Most importantly, this report includes details on ereader market share. While I don’t have any details on the relative market share of the competing ebookstores, I do know that Kobo reportedly has a 27% share of the Canadian ereader market, narrowly edging out the Amazon Kindle and the iPad. “Given Kobo’s Canadian roots, this isn’t surprising,” said Pamela Millar, BookNet Canada’s Director of Customer Relations. “But Kindle and Apple devices are not far behind. The next couple of holiday seasons will be important events for ereader adoption. Then we’ll see if the majority will mimic the early adopters in terms of device preference.”

BookNet Canada also reported that some sales are moving online and into non-traditional outlets, with about 32% of books reportedly being sold by grocery and big-box retailers and another 27.5% being sold online. But bookstores like Indigo and Chapters still account for 37% of the market. “What we’re seeing is that Canadians are still devoted to print and they’re most comfortable shopping in physical stores,” said Noah Genner, CEO of BookNet Canada. “But online shopping and digital formats already have significant adoption across Canada, and it’s something we will continue to track as the study continues over the next two years.”

Barnes & Noble Won’t be Launching a New Tablet This Year

Should call them ehBooks, eh?