Facebook Now Lets Users Save Links to Be Clicked Later 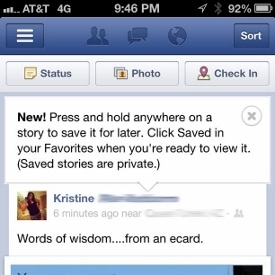 Following nearly two years of toying with the idea, Facebook has launched a new save-it-for-later feature in the likes of Pocket and Instapaper.

Facebook Save is a basic Pinboard competitor which enables users to bookmark links, updates, and other content that may pop up in their News Feeds. Once saved, the content is added to a list where it can be viewed later. Save is launching today in the Facebook apps for Android and iOS, and it should also be available on the FB website (I can’t find it, myself).

All of the Saved content is kept private unless a user chooses to share them with friends. The links can be Saved in an app and then opened from the Facebook website, and vice versa.

Unlike its bigger and more successful competitors, Save doesn’t cache the content at the other end o the link; it just bookmarks the link so users can click it later. That really makes it more of a Pinboard competitor than Pocket, but I’m not sure the distinction matters.

Pare away all of the media attention and what we really have here is a basic feature which I would have thought Facebook already had. I mean, bookmarks are such an established idea for the web that I simply assumed that Facebook offered something that would fill the need. I know Twitter has the option to favorite a link and save it that way, so I was surprised to learn today that FB did not.

On the plus side, the delayed launch of Save gave Facebook time to add features. Saved items list are sorted by category, and users can swipe right on each item to share it with their friends or move it into their archive list. FB also says that they’ll sometimes show you reminders of your saved items in News Feed.

The new feature is going to be rolled out over the next few days to all users. 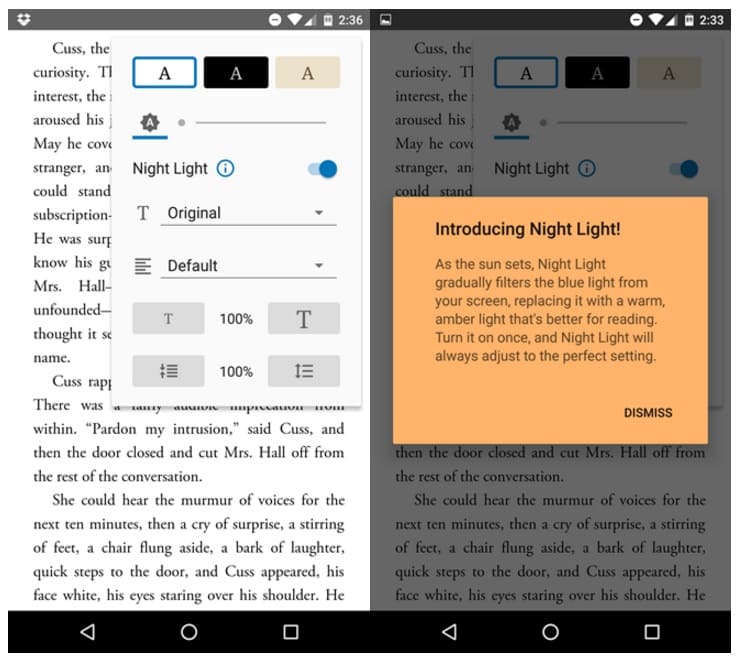 I won’t use it. Facebook can use the links I save to understand my behaviour and customise ads.

Exactly what I was thinking.

I don’t use FB enough for it to matter, but I also agree.

[…] Another bonus of sharing links in their appropriate format, is that users are able to save them for later reading, whereas in photo or status posts, a user will either click the link and read it or move on and never see it again. If you have no idea what I am talking about, you can read the article here. […]