have been circulating for over 6 months now that Facebook was working on some type of mobile news reader, and today we finally got to see what everyone is talking about.

Paper, aka Facebook’s latest bid for your eyeballs, is an iPhone-only app which is designed to offer up nuggets from your news feed mixed in with news articles, blog posts, and ads. The app won’t be out until Monday the 3rd, but Facebook is teasing us with a few hints today.

Building on Facebook’s long-term plan to become "the best personalized newspaper in the world", Paper takes the idea of aggregators like Flipboard and Zite in a new direction. It presents updates in a familiar-looking "story" layout with a single update or large-format photo filling the screen edge to edge in an immersive design (all the better to keep your focus when Facebook shows you an advert).

The default section of Paper is a user’s news feed, but users can also pull up and browse other sections, including sports, tech, headlines, etc. “Each section includes a rich mix of content from emerging voices and well-known publications,” Facebook says, giving us a strong clue who Facebook sees as the real intended creators for paper: brands, be it celebrities, advertisers, or news organizations. 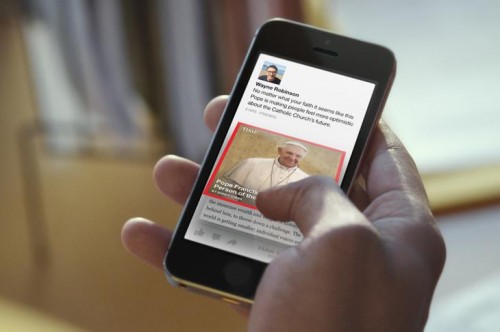 The Verge got an early hands-on demo, and they described the app so:

Paper cuts away virtually all buttons and other UI elements to make every status update, photo, and news story appear full-screen. To get around, you will need to learn a basic set of gestures, but the app will gently remind you what they are if it thinks you’re stuck. Wide photos pan as you tilt the phone (the team cheekily calls it the "Ken turns" effect), UI elements often just fade away, and news stories are presented in Twitter-esque cards.

The lack of chrome to help place you in the app and tell you how to navigate can be a little disorienting. On the bright side, the UI is fast and fluid, thanks to the nine months the team has spent working on the app. Loren Brichter, the creator of Letterpress and Tweetie, also chipped in on the coding. The result is an app that shares a family resemblance to Facebook Home on Android, but is much faster and more full-featured.

This demo video will tell you more:

And as you can see in the video, users can also post updates from the Paper app.

Paper is the first product from Facebook Creative Labs. It builds on nearly 2 years of work, some of which had been previously revealed as the news feed update from last March, but the main event is just beginning to see the light of day. According to Re/Code, the entire project is known as Project Reader,and was spearheaded by Chris Cox, Facebook’s VP of product.

That long development by one of Facebook’s core teams could also become a problem.  FB may have been spending the past couple years finding better ways to show you updates, but in that time they have also deployed a new business plan of charging people for the privilege of communicating with their followers. How long do you think it will be until that starts affecting the content you see in paper? 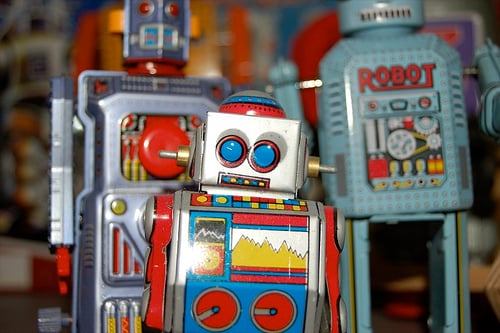 I personally prefer a visual app like www.Hinto.co where I can pick out what I want to see, instead of being told what news to read by an algorithm. But I must admit, the video presentation of Paper is pretty impressive and the effects are very nice.