The largest Christian bookstore chain in the US filed for bankruptcy protection last week.

Family Christian Stores (FCS) announced last week that it has filed for Chapter 11 bankruptcy protection. It is seeking to sell the chain’s assets in a debt relief deal, and does not plan to close any of the 266 stores or layoff any of its 3,100 employees. 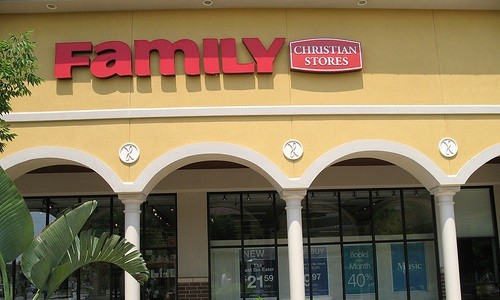 PW reports that the chain had sales of $216 million in 2014, according to documents filed with the bankruptcy court.The listed assets were in the range of $50 million to $100 million, and so were the liabilities.

FCS owes a lot of money to a lot of suppliers, including publishers and book distributors. It’s on the hook to HarperCollins Christian Publishing for $7.5 million, and owes others in publishing large sums, including Tyndale House ($1.7 million), Ingram’s Spring Arbor distribution arm ($689,533), B&H Publishing Group ($516,414), Faithwords ($537,374), and Barbour Publishing ($572,002).

The chain had bought itself back from a private equity group in 2012, promising to devote 100% of its profits to charitable causes (I don’t think that worked out so well). Given that it likely had an immense debt load from the buyout, I don’t think you could say that the retailer had any profits but it had reportedly contributed to charitable causes. For example, in 2013 FCS partnered with Karen Kingsbury to donate 2013 Black Friday sales to help Haiti orphans.

So why is the chain struggling?

Well, FCS president and CEO Chuck Bengochea named the recession, the digital revolution, and the company’s debt load as factors leading to FCS’s bankruptcy. I would also add to that list the ill-advised partnership with Kobo, general mismanagement, and the shift to online retail.

While I know several people who buy Christian books (both novels and devotionals), I don’t know any who shop in a Christian bookstore any more. They buy books online – just like the rest of us. That does not auger well for the future of FCS. 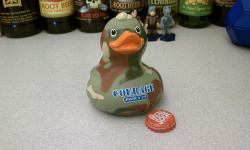 What’s more, even if someone wanted to buy books in an FCS store, I’m not sure they’d find what they wanted. There is a comment over at The Passive Voice that points out that FCS has followed B&N and other chains in replacing the books it used to stock with non-book items, including "sweetie shelf-sitters, greeting cards, and what Chip MacGregor so appropriately calls Jesus junk":

They shot themselves in the foot so many small ways over so long a time. Years ago they carried specialty Bibles; last time I was in, they carried only the most-sold versions. They once had a wide selection of C-fic, now it’s all “Left Behind” in its multiple, boring iterations, and bonnet books. They would not work with small presses to stock Christian fiction that didn’t come out of Tyndale or Bethany or Nelson. I never bothered to approach them about my titles after the first couple of rude turn-aways. Yet there was so much they could’ve done right, if they’d had any sort of heart to do it.

That doesn’t strike me as a healthy store concept, so even if FCS makes its way out of bankruptcy I’m not convinced it will survive.

FCS parent Family Christian Ministries hopes to be the lead bidder in the post bankruptcy sale. It has created a new subsidiary and plans to buy FCS and its assets. The sale will eliminate the debts and pay the debtors a fraction of what they are owed.

FCS hopes to have the process completed in 60 days. 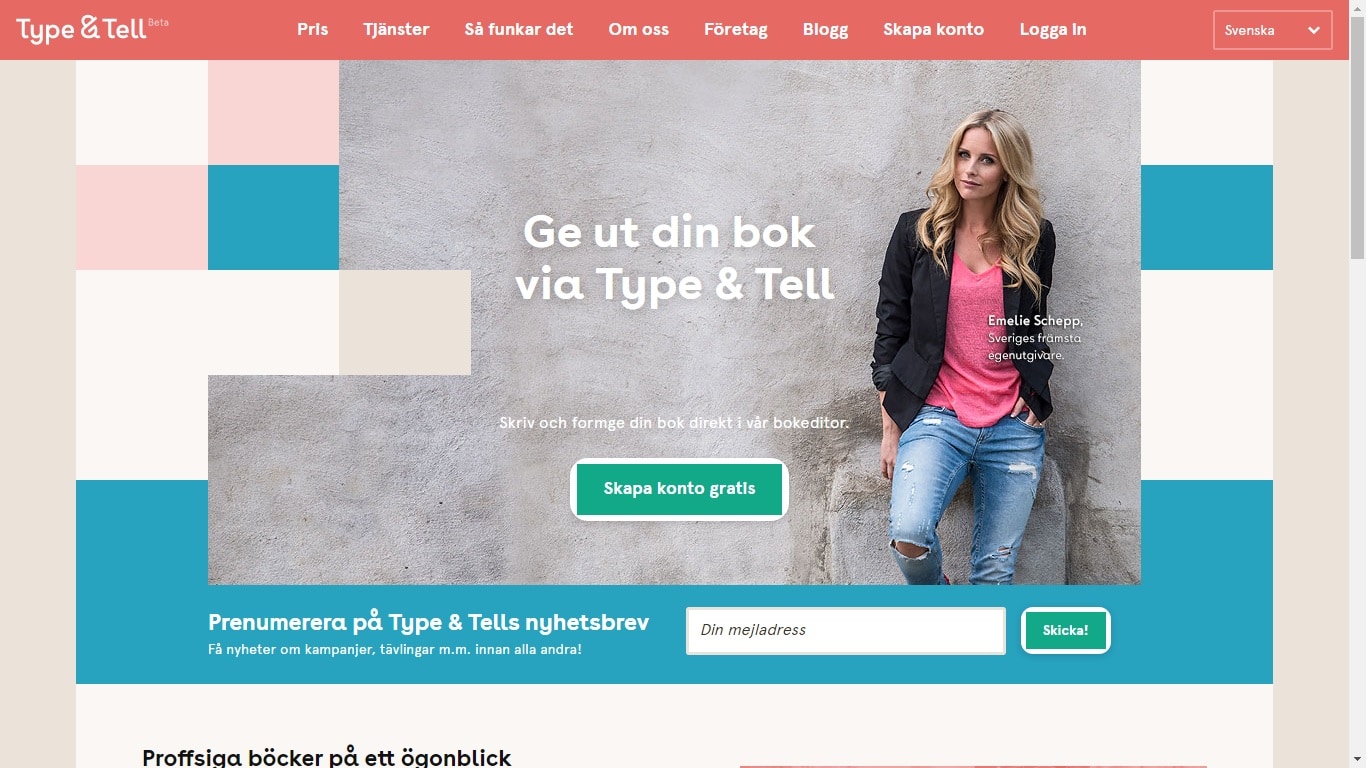 Bonnier to Launch Type & Tell Services Provider in the UK 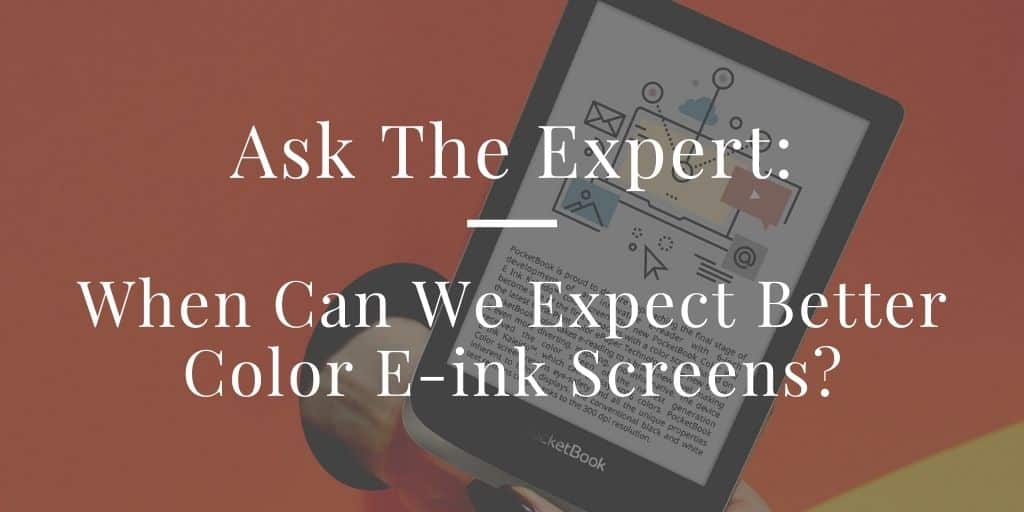 I guess it’s ok, as there’s nothing in the stores anymore that contains anything to suggest that this would be a bad thing.

Yep. Considering who these people are and what they believe, there are any number of pointed remarks we could make.

I’ve shopped there and LifeWay. Who are they and what do they believe?

So screwing over publishers and firing employees now is a christian value? nice to know.

I would have phrased it as shirking one’s responsibilities, but I mostly agree with you.

I would say honoring one’s debts is traditionally a Judeo-Christian ethic. Interestingly enough, bankruptcy is somewhat rooted in Deutoronomy 15:1-2. I’m pretty sure going bankrupt was not part of their goal, but they are out of money, and obviously someone isn’t going to get repaid.

Good point, but that says you should forgive debts, not that you get to choose to walk away from them.

But you are right in that they’re between a rock and a hard place.

That’s why I mentioned that it has it’s origins in Deuteronomy, but it isn’t necessarily defined there.

Truth be told, the Bible has a lot of instruction for things that shouldn’t exist. That’s because it’s speaking into the lives of humans, who do things that they should not. If we all lived without sin (hah), it’d be enough to have Malachi 2:16 "For I hate divorce". But reality is such that there are provisions for when believers can and cannot divorce, because while it’s never desired by God to His believers, it will happen.

I have done Biblical marriage counseling. I have occasionally advocating for a woman to GET OUT, even though I believe God doesn’t wish for divorce to be a thing. There are circumstances that we place ourselves in, where things that shouldn’t happen… do.

I placed bankruptcy in that category. Nobody (Christian or not) wants to go bankrupt. But it’s going to happen to people, and to corporations, and there needs to be a process to handle it.

See, this is why I avoided this area when writing my post. I’m not up to arguing theology.

My mistake. I got a different impression of your opinions and willingness to share them, when you agreed with the guy who said screwing over debtors and firing people was a Christian value.

I did not intend to criticize you. I just don’t feel competent to discuss this topic. I do have an opinion, yes, I also know when I’m out of my area of expertise.

[…] that Christian books would have been one of the safer areas (in the USA at least). Nevertheless Ink, Bits, & Pixels brings us a story about the impending bankruptcy of Family Christian Stores, the largest Christian […]