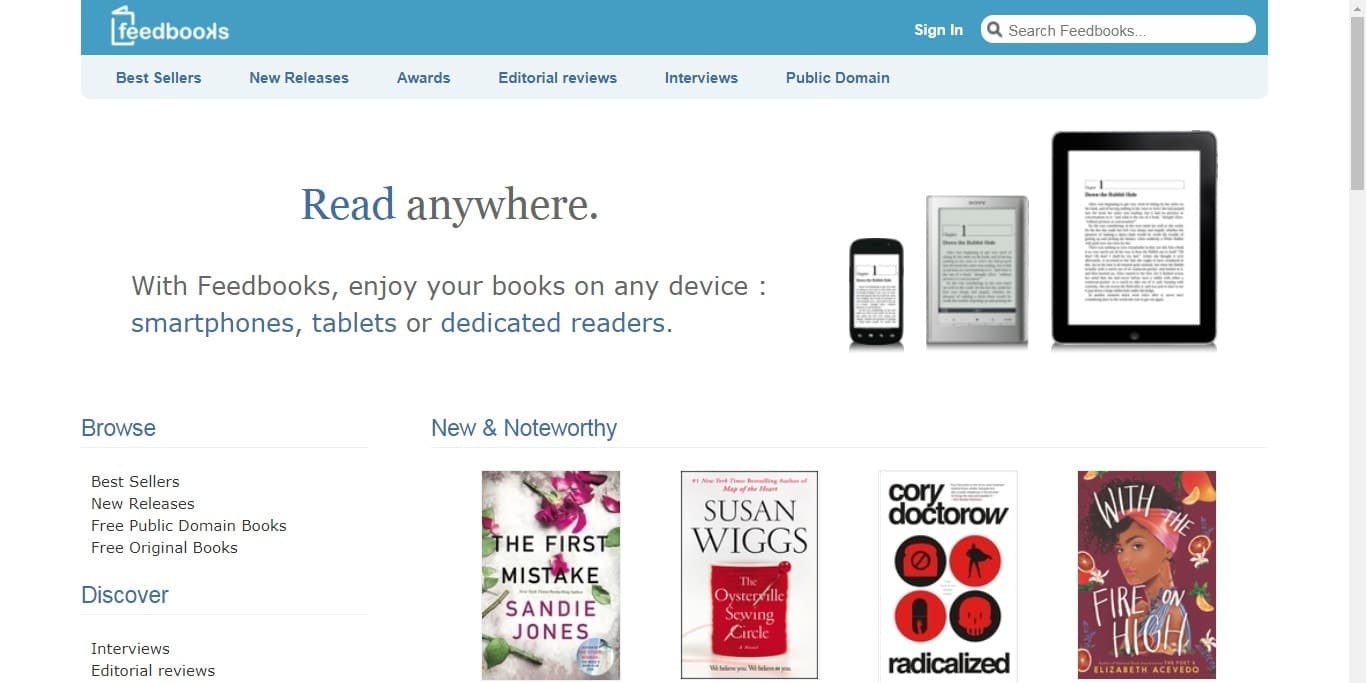 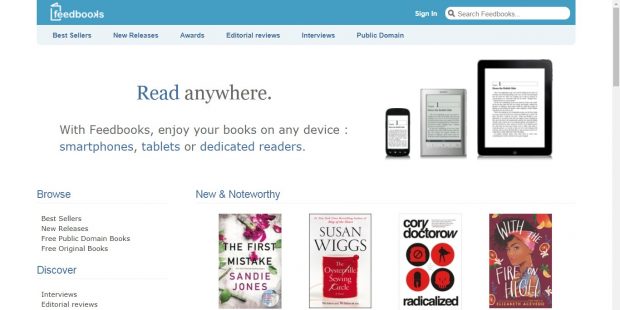 Here’s a painful story to write about what was once a very interesting ebook startup.

The French Canadian ebook distributor De Marque announced on Wednesday that it had acquired the assets of Paris-based Feedbooks for 230,000 euros.

De Marque continues its international expansion! The leader in digital cultural content distribution has acquired the assets of Feedbooks, an online bookstore based in France that sells close to 900,000 titles from hundreds of publishing houses.

De Marque’s CEO Marc Boutet is proud to announce that this merger creates the first international group to distribute and market multilingual digital content. “This is an important step in our vision to maintain our international leadership in the fields of e-reading and digital content monetization. The company’s goal is to create an open network of renowned international experts and to be the reference in regards to e-reading and digital media consumption,” said Boutet.

According to Livres Hebdo, Feedbooks had gone bankrupt back in June, and is now being sold off in a fire sale. NetGalley paid 35,000 euros to buy the remaining 50% stake in the broadcast digital press service created in France in partnership with Feedbooks, and De Marque  bought the rest of the company for 230,000 euros, and also wrote off a 61-thousand euro debt that Feedbooks owed De Marque.

In addition to Feedbooks, De Marque is also getting Aldiko, the Android app developer that Feedbooks acquired in 2014. That was the best reading app for Android at one time, but to be honest I can’t recall hearing anything about it for the past four years.

All 4 Feedbooks employees will be retained. There’s no mention of the Aldiko developers, which I am hoping is an oversight. That team is about half the value of the company, and if they walked out the door then all their knowledge went with them.

De Marque is a relatively small company; last year, it posted a turnover of 6.4 million CAD, for 1.1 million CAD profit. The company has done many things since it launched in 1990, but its current activities include the ebook retail platform Cantook Hub, which distributes 480,000 ebook titles from more than 2,300 publishers to 1,300 retailers. De Marque also has a corresponding library service, Cantook Station, which is used in over 2,000 libraries across Canada and Europe. (If it helps, you helps, you can think of Cantook as being similar to Baker & Taylor’s Blio and Axis360 platforms.)

It simply boggles the mind that Feedbooks went for under half a million dollars. Their ebook formatting tool alone was worth that much, and so was Aldiko. What’s more, the team that developed Feedbooks had been coming up with interesting stuff for years.

I first heard about Feedbooks in 2009 when its founder, Hadrien Gardeur, was testing a platform to deliver news articles in Mobiocket ebooks. His platform was entirely self-contained and did not require an app.  The user could select the news sources they liked, and then download the first set of articles as an ebook. Each update could be downloaded by clicking a link inside the previous ebook.

I don’t think that platform ever went anywhere, but it was still really interesting on a technical level.

Woah! I’m worried about what this means for the Feedbooks team’s work on OPDS.

The full team behind Aldiko remains on board and we’re working hard on a new version of our app that will be entirely based on Readium-2 and support LCP.

I’m becoming the director of R&D at De Marque where I’ll lead a much larger team (overall De Marque has 60 employees vs 7 at Feedbooks). One of our key focus will be to accelerate the adoption of standards such as OPDS and LCP.

Price=/=value=/=cost.
Something most of the publishing world keeps forgetting m
Price is a function of demand.

So instead of thinking of all tge good and useful history of Feedbooks and Aldiko, ask yourself:

In today’s ebook world, what’s the demand for a limited ADEPT ebookstore/PD repository and/or another Android reading app?

There’s a reason they went bankrupt.

Today’s ebook world requires scale; it’s no longer just for hobbyists and techies.
For all the footdragging by the big publishers, ebooks are mainstream.

As for DeMarque being like Baker&Taylor, but smaller, that does not bode well.
B&T itself recently quit the distribution business because they weren’t big enough to grab a profitable piece of the market.

Yes, the fact no one bought Feedbooks said a lot about the state of the ebook industry. It’s clearly not growing.

The rental portion is growing steadily and with it the Indie sector.
But the more specific players depend on the big publishers, the worse off they’ll be.
The big publishers might think they’re hurting Amazon, but like Kang they are decimating everybody else and leaving Kindle intact. And growing.

The majority of revenues for Feedbooks were actually driven by library sales rather than retail for the last 4 years. As a marketplace for libraries, Feedbooks is actually in a very good position in France/Switzerland.

What has been challenging though is that the library channel is still very small in these markets compared to the US, even if it has been steadily growing.
Now that Feedbooks has been acquired by De Marque, it will be able to sell in more markets, including Canada, Spain and Latin America, which will help to grow the revenues significantly.

Aldiko as a separate business unit was already profitable for Feedbooks and will become more profitable as we migrate away from Adobe RMSDK/ACS to Readium & LCP (no more Adobe related fees for the annual licensing of RMSDK or transaction costs for ACS).

Man, had to dig through my blogs to even remember Feedbooks. Last post I did about them as back in 2010!

This is sad. I hope Feedbooks remains around. Their public domain offerings are typically so well-formatted… I always jump there first when looking for a PD text. Ah, right… Having well-made free books doesn’t keep people in business.