rolled out a platform update this past week with a couple new reasons for free users to upgrade to the paid Feedly Pro service. These features have actually been available for the past week or so, but so far as I know no one has reported about them yet.

Feedly has speed up the pro service and added a new sharing option. They have also rolled out a new feed viewing option that shows which blog posts from a given feed are the most popular. They’ve also improved feed and article search and added new viewing options to the home view.

If you haven’t found the Pro service to be worth shelling out $5 a month, don’t worry. Feedly hasn’t abandoned their regular users. All users have the option of a "popular" view for feeds; this new view sorts the unread posts in a feed based on which ones were read and shared the most. Feedly has also added a new set of viewing options for the Home tab. Users can change the view of their feedly home to title only, magazine or cards.

And last but not least, Feedly has also added new support for a customized sharing option. Do you have a special preference for a particular sharing service? Feedly’s paying customers can set up a custom sharing option under the preference menu. 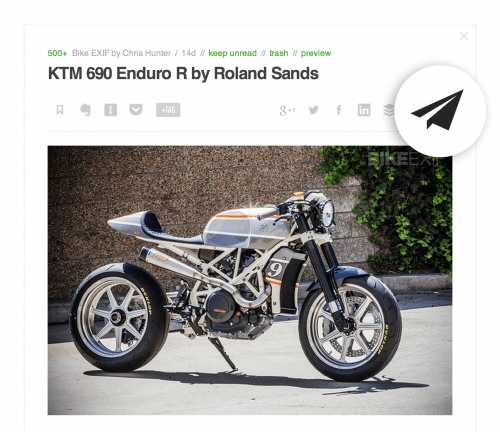 As Feedly explained in their blog post Pro users can use this option to send a blog post to Pinboard, RTM, Bitly, Google Calendar, and more. This sharing option is only limited by whether you can define a URL for Feedly to work with, so the sky is the limit.

Please pardon me for being excited but this is a feature that hardly anyone else has, and it performs a function that I need on a daily basis.

At one time Google Translate had an API that let programmers integrate GT into their app, but then Google shut down the API and effectively limited Google Translate to working with only Google’s services.

Update: I’m wrong; the Google Translate API is still available but it is no longer free. Developers have to pay to use it, which is why so few services do so.

With this new custom sharing option Feedly is now offering their pro users a workaround to access a feature that so far as I know is not available elsewhere.

Feedly launched their Pro service in late August 2013 with a less than impressive set of features. Sure, some may have been pleased to gain search, new sharing options, and premium tech support, but I already had those features and I was paying less that Feedly’s price of $45 a year or $5 a month.

But now that Feedly Pro includes a Google Translate hack, now it might be worth paying for.