In the 4 months since Google announced the Readerpocalypse I have shown you some dozens of news reader services, both good and bad. Today I would like to show you one which can run on your Kindle.

Feedshow is an otherwise unremarkable news reader which appears to no longer be under development. It probably would have slipped my notice except I heard about it on MobileRead as a possible solution for an unusual request. One MR member wanted to browse RSS feeds on their Kobo Aura.

That is a type of request that I haven’t heard in years, not since tablets become common. It’s a question that this user couldn’t answer (most news reader services don’t work on E-ink screens, apparently) but luckily someone found an answer: 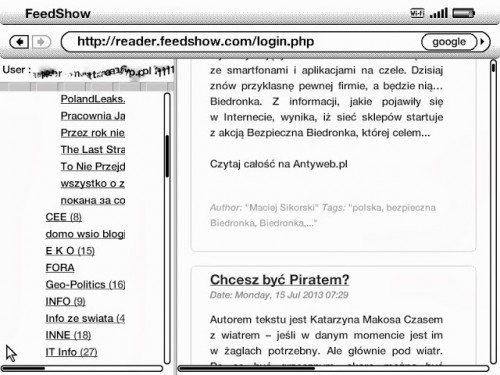 That is Feedshow running in what I am told is the web browser of the "Kindle Classic". (I’m really not sure which Kindle that is.)

As you can probably tell from the dimensions, that is not a complete screenshot, or at least it was reduced in size. Mine is much larger:

I frankly don’t like to browse without a touchscreen so I unfortunately cannot add any more detail; I only tried Feedshow just long enough to show that it worked on my K4.

But it is a pretty cool idea. Does anyone know of other news reader services that will work on an E-ink screens? 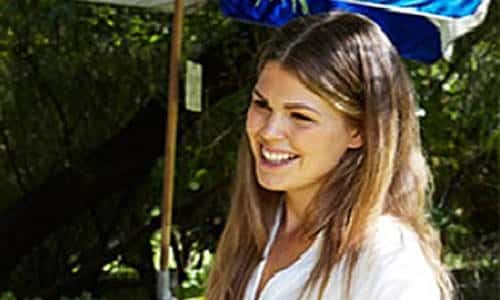 Great. And it even has color!!!