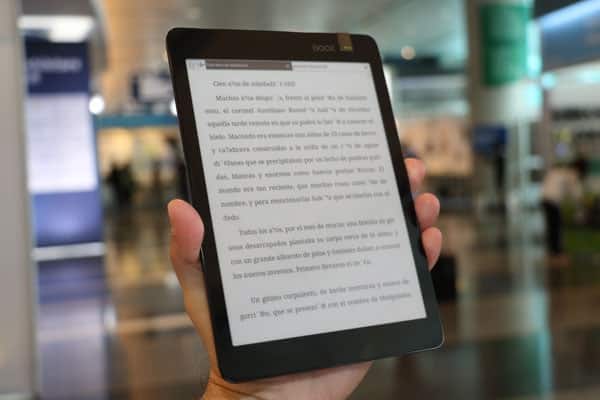 The Chinese ereader maker Onyx is teasing a new model, and Notebook Italia got to see it at the HKTDC Electronics Fair 2017.

The Onyx Boox Nova will reportedly feature a dual-core Freescale i.MX6 chip with 1GB RAM and 16GB internal storage. It will have a 7.8″ Carta E-ink screen with frontlight and touchscreen, and run Android 6.0.

The rest of the technical specifications include microSD card slot, speakers, microphone, headphone jack, WiFi and Bluetooth, and a USB-C port. I know, I know, they’re going to force you to carry round yet another a cable, but this detail will likely change before the Nova ships, so I wouldn’t worry too much.

The Nova is supposed to enter production in the first quarter of 2018, but Onyx has consistently been overly optimistic in promising new hardware. I would not expect this device to be available before fall 2018.

Thought she said quad core when I watched the video. Could be that I misheard.

Could be the accent, but around 2:03 she seems to say quad core.