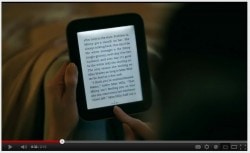 Barnes & Noble unveiled the new Nook Touch at a closed event in NYC today. I didn’t get an invite, but given that I posted the leaked sign yesterday I guess I can live with it.

But I was slightly wrong in my post. Surprisingly, B&N held the event and shipped the signage to the stores, but the new device itself won’t ship until early May.

B&N has priced it at a princely sum of $139, and they are throwing in the wall charger that this device sorely needs (the regular Nook Touch doesn’t have it). As useful as the front light will be, it’s probably a battery hog. You can tell that by the drop in battery life from 2 months to 1 month.

Curiously enough, B&N managed to shave off half an ounce from the new Nook Touch somewhere. That suggests that either they’re playing fast & loose with the stats or it has new guts. Given the new light I would guess the latter.

I’m looking forward to the first teardown. If this does have new hardware then it might make an even more attractive E-ink tablet than the older Nook Touch. And with the front light it will even be able to lmost compete directly with the LCD screens on real Android tablets.

The following video doesn’t show much, but if the real device works like the prop then it’s going to be a tempting buy. 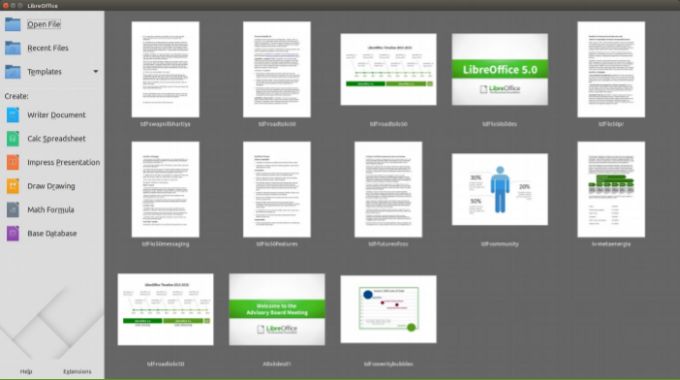 Can’t wait to root one of these, my rooted nook touch is an exquisite super long life android tablet with the one limitation that it is useless in the dark. With the recent high speed screen hacks this is near perfect as a basic tablet.

The two features I’d add would be inductive/solar charging like the HP Touchpad and waterproofing. With inductive charging, all you would need to do for waterproofing is a gasket for the microSD slot.

Think about it. Dirt cheap, tiny, light, insane battery life, fits in a large pocket and rugged. Just what you want to have for times when an "SUV" tablet is too big, fragile, valuable and short on battery life.

Add audio, a mic [and, possibly, bluetooth] and it really would make "an exquisite super long life android tablet."

The main thing this tablet needs is Bluetooth. The mike & speakers cane be added using a BT accessory.

Hahahaha! No invite for you! When I was at the B&N I frequent today, I asked about it, since there was no display or signage. The person was surprised, had never heard of it, but did say, "They told us there would be an announcement today at 4:30." I hated that I was stuck without Twitter and couldn’t alert anyone — and especially hated it that you, Nate, would actually learn more before me while *I* was actually *in* a B&N store. Grrrrrr!

And if that half-ounce weight drop is true, it could be troubling for the XDA rooters. Jiggering internals like that could mean having to start from zero again with rooting. Let’s just hope they didn’t rip out even *more* of Android than they already did (like, you know, the browser!).

I really want to see this one. If they pull off that lighting properly, I’ll really, really want one. See what waiting to buy does? You get to buy *better* stuff!

I certainly hope that this will be better than Sony’s attempt. I have such a soft spot for Sony ereaders, but their side lighting was lacking. Yes, I pre-ordered one of these. Can’t believe I have to wait until next month.

I have the current reader and will upgrade if it works, I can live with shortened battery life for the flexibility of having the ability to read at night without a room light or 3rd party light. I had a 3rd party light on my Kindle DX and the glare was a pain at times.

I believe I called it correct that they would announce it today and it would be up for preorder. I plan to get one. I like e ink screens better than color lcds.

The reason I didn’t think there was an event was that I didn’t get the invite.

I preordered and they are suppose to be released on May 1st.

Another pre order here. I am tired of the clunky clip on lights and prefer e-ink to LCD.

It would be great if we can just buy the Nook in Belgium. The Nook seems the best option for me, but we can’t buy it. Any news about international shipments of the Nook? Will there still be a deal with Waterstones (we do have a Waterstones in Belgium)?

[…] So Barnes & Noble launched their new Nook Touch yesterday with a round of press briefings in the afternoon.  I wasn’t there, sadly, and I didn’t […]

B&N’s Past Website Registrations Hint at Alternate Names for the New Nook Touch – The Digital Reader April 17, 2012 um 9:48 am

[…] is active at the moment, so clearly B&N isn’t using them. But do you recall what B&N launched last week?I don’t think it’s a coincidence that 2 months those sites were registered B&N […]

[…] B&N launched their new Nook a week and a half ago, and as I am sure you know I wasn’t there to see it. Luckily for me the demo units have […]

Heh heh peeps… and this is to you guys who want to root ur nook glow… it’s great, works perfect, and YES, u can install bluetooth!!!

PS use the GlowNooter method for rooting, NOT tinynoot! u can’t get google apps or amazon apps with tinynoot, but u can with glownooter!! that’s how i did it. SO U DO IT TOO!!!! 🙂