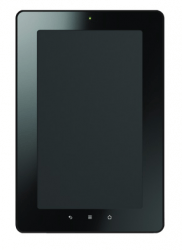 It looks like France’s largest bookseller has given up on their plans to go it alone in the ebook market; they announced a partnership today with Kobo. Fnac will act as Kobo’s local retailer for the French ebook market. They are taking on a role much like that of Whitcoulls (NZ), Pearson (AUS),  or the now deceased Borders books.

The new ebookstore is going to launch next quarter, and readers will be able to find demos in all of Fnac’s 81 stores as well as on the website. Customers will be able to buy from the over 2 million titles that Kobo reportedly carry in stock, as well as the 80 thousand French language titles that Fnac stock. In comparison, Amazon only have around 35, 000 titles in the French language Kindle Store.

On a related note, I got a hint a few days back that Fnac is working on a new ebook reader. Kobo and Fnac aren’t talking on this point, but I suspect that Fnac will soon be selling the Kobo Touch and the Kobo Vox (when it ships).

Update: Kobo is being purposely vague on the topic of a French language ereader, and that suggests that Fnac will be using Kobo’s not yet released Android tablet. Kobo will be releasing a French language version of their apps (including Android app, which would run on the Vox.)

Fnac hasn’t had a lot of success with their ebookstore or ereaders, so that would be a great move for them. They launched their ebookstore last fall with the Fnacbook, an ereader with a 6″ Sipix screen, Wifi. In the past they tried to promote the Fnacbook on their own and it didn’t go well. According to my sources sales of the Fnacbook have been terrible, with Fnac having committed to buy far more than they were able to sell.

But even after partnering with Kobo, Fnac still has an uphill battle against Amazon, who launched a local Kindle Store in France last Friday with a 99 euro Kindle and 35 thousand French-language ebooks.

It’s Been a Year and a Day Since Google Reader Shutdown. Has Anything Changed?

"It looks like Fance’s"
"Custimers will bea ble to buy"

Ah… ve French guys must stick together even though there are only about 1.3141567865 left of us in the world… henh henh henh…

[…] than anyone else – but have underwhelmed with their own e-bookstore, and were said to have lost money on their own e-reader. This deal looks like a win for both […]

[…] did this for Borders and they are in the process of releasing apps for their new French partner Fnac, so my guess is that WH Smith’s apps are the work queue. That is great for WH Smith because […]

[…] // Mike Shatzkin wrote a post this morning on Kobo’s new partnerships (in the UK and in France) and how those deals were going to make Kobo one of the major ebookstore competitors. I had a […]

[…] and Kobo announced a partnership several weeks back, but at that time there was no mention of eReaders. Now we know that Fnac will be shipping the Kobo […]

[…] local-language ebookstores (both on  their own and with partners) in Australia, the Netherlands, France, UK, Canada, and Germany. Future plans include Brazil. Past plans included Spain, Italy, and […]