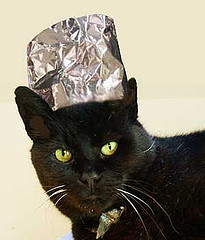 If I had to put together a list of all the things I don’t fear, the harmful effects of Wifi would come right after dihydrogen monoxide and kittens. Guess what was just banned from French preschools?

Several sources (including LeFigaro) reported last week that the French Parliament has passed what is described as an environmental legislation. The law, which had been under debate for several years, adds new regulations on the operation, ownership, and sale of transmission equipment.

It covers a broad range of issues, including requiring owners of radio transmitters to register their equipment with the local municipality and forbidding the sale of cell phones without also offering BT ear pieces. This last is intended to keep the non cancer causing EM signal in cell phones away from a user’s brain.

The law also forbids the use of Wifi in preschools, and discourages the use of cell phones, wireless cameras, and other tech. Or at least that is what is being reported; I can’t find those details in the text of the law (perhaps Google translate is stumbling). 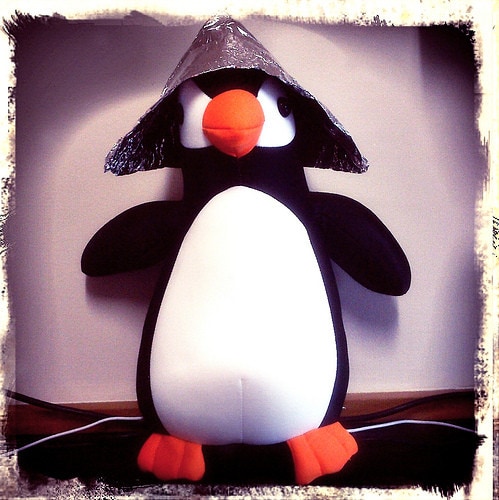 The wireless tech is being banned out of an unfounded and unscientific belief that these wireless signals cause harm. In spite of numerous scientific studies which debunk the idea, and even though cell phones have been in wide spread use for a couple decades without causing a spike in brain cancer (not that the politicians need worry about brain cancer – they weren’t using that organ anyway), this law bans the tech from nursery schools – just in case.

And even though one, similar studies conclude that Wifi isn’t harmful, and two, it has been widely used for over a decade (including in some schools) without any evidence of harm, it’s getting banned as well.

Once again, hysteria is winning out over the facts of the situation.

Hachette Livre now own a 25% of a Russian publisher

PressReader for Honeycomb now out (video)

You have obviously never owned a kitten!!! :>)

I’m glad there is a choice, at least in France. Wifi isn’t needed in a nursery school. If a family wants Wi-Fi, they can have it at home.

Better safe than sorry, but anyway it’s not as bad as you say.
First, WiFi is not 100% banned. It’s only supposed to be turned off when not used for teaching purpose. You don’t use it? You turned it off. Not that crazy.
Second, France is still investigating the case of electromagnetic radiation (especially when you cumulate ALL the different one from all the different devises around you) and the hypersensitivity some people seems to have. If that exists, people want to know so we can do something about it. Obviously, not everyone is allergic to peanuts, but some are, and it’s good to know your kid won’t serve peanuts when going at school. It’s the same idea.
Considering the law doesn’t prevent school using Internet or even the WiFi *when they need it*, I think this law is a cautious and smart move.

I would like to applaud the wise decision by France. There is now substantial evidence that EM waves emitted from mobile devices can increase the risk of (1) Attention deficit hyperactivity disorder (ADHD), (2) Thyroid cancer, and (3) Breast cancer. Wi-Fi has been demonstrated to kill the cress seeds.

Scientifically, the radio waves can be absorbed by microtubules which are responsible for the transport of important molecules and also play critical roles in cell division. Excessive exposure to radio waves may interrupt the normal functions of microtubules, resulting in abnormal cell division. Currently, most anti-cancer drugs are microtubule stabilizers.

As you have pointed out, the link between brain cancer and mobile use is less convincing, possibly because (1) radio waves are largely shielded by the skull, and (2) cell division is strongly inhibited in the brain.

Good, this is great news and about time! Just need it to happen in this country now and protect our infants, too.

Ambient man-made electromagnetic fields (EMFs), across a range of frequencies, are a serious environmental issue. Yet most environmentalists know little about it, perhaps because the subject has been the purview of physicists and engineers for so long that biologists have lost touch with electromagnetism’s fundamental inclusion in the biological paradigm. All living cells and indeed whole living beings, no matter what genus or species, are dynamic coherent electrical systems utterly reliant on bioelectricity for life’s most basic metabolic processes. It turns out that most living things are fantastically sensitive to vanishingly small EMF exposures. Living cells interpret such exposures as part of our normal cellular activities (think heartbeats, brainwaves, cell division itself, etc.) The problem is, man-made electromagnetic exposures aren’t “normal.” They are artificial artifacts, with unusual intensities, signaling characteristics, pulsing patterns, and wave forms, that don’t exist in nature. And they can misdirect cells in myriad ways. – B. Blake Levitt

"Safety" by FCC and other is based on SAR, which measures how much
a device heats your body. This criteria is outdated and the industry knows it. For this reason industry hides safety warnings in fine print. www.bioinitiative.org has thousands of studies showing that at levels far below heating the body, there can be genetic and carcinogenic effects of chronic wireless exposure. I’m surprised you assume that new technology is independently tested? Industry studies are based on protecting profit. See the link