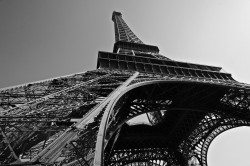 Never one to pass up an opportunity to have a sale, Amazon is known the world over for pushing their prices as low as legally possible but unfortunately for the retailer that limit just got a little tighter in France.

Known locally as the "anti-Amazon Law", it expands on France’s Lang Law which required booksellers to sell books at the price set by publishers. The 1981 law, which was named for the French culture minister who proposed the law, allows booksellers to discount books as much as 5%. It was intended to protect smaller booksellers from being undersold by bookstore chains and supermarkets, and it worked well until the rise of online booksellers like Fnac, Amazon, and their competition.

Online sellers quickly noticed that the Lang Law allowed them to also offer free shipping, and they have been using that loophole to their competitive advantage. Amazon in particular has been using their HQ in Luxembourg to their advantage, charging a lower VAT as well (this too will be going away in the near future).

With 3,500 bookshops in France, including 800 of which are single, independent booksellers, the anti-Amazon Law is seen as protecting precious national industry.

“As we have just seen again, laws pertaining to the book economy always generate consensus, if not unanimity,” said French Minister of Culture Aurélie Filippetti.  “This is a sign of our deep attachment to books in this nation, and it demonstrates the belief that France builds itself through its past and its future.”

Under the new law, online booksellers will be able to offer either the 5% discount or free shipping. If they choose the 5% they can take the discount off of the combined cost+shipping.

A New Use for Paper Books – Batteries

So what is to stop online booksellers to offer 5% off the combined cost+shipping, were they set the shipping cost to equal the Euro equivalent of one cent?

Now that is a good idea. I wonder if Amazon is trying it?

So "literature" is safe in France.

Provided that horribly expensive books are safe in some way. They are safe from being bought, at least.