Fun Fact: Amazon May be "Bigger" Than Walmart, But Its Growth is Slowing 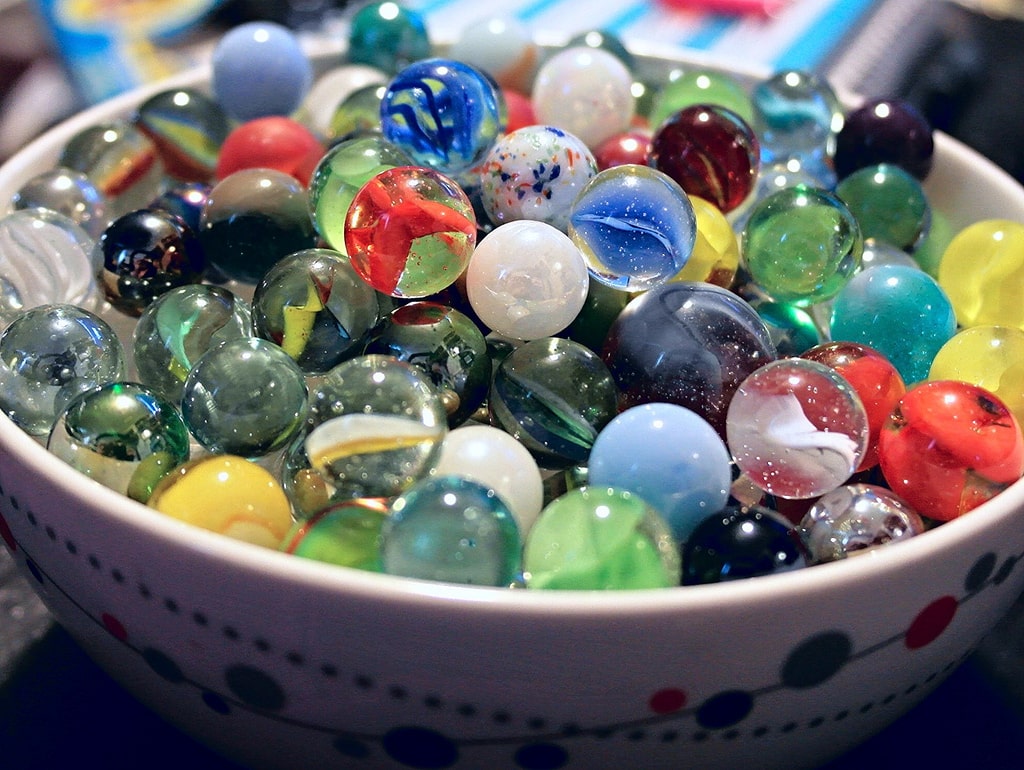 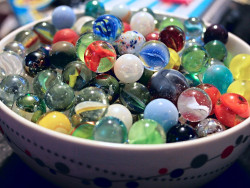 Amazon shocked everyone  last night when they announced that they had (perhaps accidentally) turned a profit last quarter. This drove Amazon’s stock price up in after-hours trading, leading some to report on the story with the clickbait title that Amazon is bigger than Walmart.

Given that Walmart has annual revenues of close to $500 billion and Amazon has yet to exceed eleven digits ( < $100 billion), that is clearly not true, but it has sparked a new look at the smaller retailer. Quartz is one such Buzzfeed aspirant that used the clickbait title, but they backed up their misdeed with a bunch of useful charts.  Those charts show that Walmart is larger in every way except for one: the respective growth rates.

As we all know, Amazon is growing by leaps and bounds. But what I hadn’t realized was that Amazon’s actual growth rate is trending down: 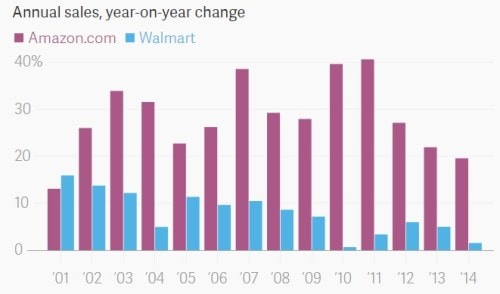 It is not so unusual to see a growth rate decline like this as a company matures; it’s often a sign that a company can sustain a certain dollar growth year after year but not a percentage growth.

Just think, in a few years down the line Amazon will be rapaciously growing at only 10% per  year.

A Tale of 3 eBook Retail Platforms

Amazon’s surprise profit was because of cloud services. I am surprised it made the stock jump up so much, but as long as that happens I can get free shipping and cheap prices.

I used to do quite a bit of work in finance/stocks. It’s pretty common for a company that operates largely at a loss to decide to pull a profitable quarter when they get lambasted for lack of profits for any extended period of time. When their stock price starts to lag and the press goes against them operating at a loss, they often do a quarter or two of profits.

Companies can operate at a loss for a long time and often do it on purpose for tax reasons. By putting the money back into the company, they are avoiding large taxes and yet they are really 'profitable' –it’s just that those profits go right back into innovation or improvements.

And y’all probably know all this anyway, so I’ll stop babbling!

Ok, tell me I’m crazy, but I put the data on R (a statistical software) and I found that no, Amazon grouth rate is not slowing down at all!
I asked "R" to fit a line on the coupled data of year/grouth rate values for amazon and it gave me a line with a positive slope (0.2716) with a significance of 0.01152 (Pearson’s test), meaning that the statement "Amazon grouth rate is increasing of 0.2716 % per year" is true with a 98.8 % probability.

In this funny way I wasted 30 minutes of my time, why? My be it’s too hot here and I lost the sense for priorities.
Anyway my intention wasn’t merely contraddict you 😉

Obviously this is true considering the whole time interval (2001-2014)

The reports are not clickbait. They talk about market cap (https://en.wikipedia.org/wiki/Market_capitalization ) and there is nothing wrong with that. You can argue about the relevance of such an indicator but that doesn’t mean the reports are misleading or inappropriate.
Another major point is the way Amazon counts revenue. For 3rd party sellers they just count their own cut and 3rd party sellers is pretty big chunk. If Amazon would account the full value of those products as revenue, their revenue would be quite a lot bigger. So total sales are a lot bigger than the revenue numbers but not quite as big as Walmart’s revenue . Must note that i am not familiar with Amazon’s financial numbers so can’t provide an estimate for total sales through Amazon but likely it’s not less than 2x the reported revenue.
As a more telling example, Alibaba reported in Q1 2.81 billions quarterly revenue but gross merchandise volume (GMV) – the way they call it – was 97 billions, they are all about 3rd party sellers.
On the other hand Walmart counts everything it sells as revenue, at least i assume so since i’m not familiar with their financials either.

"likely it’s not less than 2x the reported revenue."

That was supposed to be – likely it is less than 2x

The big jump in Amazon valuation is because they are infreasingly valued as a tech company with a retail arm (kinda like Apple and Microsoft, conceptually) instead as a pure retail player like WalMart. Amazon is starting to be seen as a technology company that uses its retail arm to fund its growth into new businesses instead of relying on venture capital. Also because they are a dominant player in corporate cloud computing which is an enormous (and very profitable) market.

Walmart’s rise was due to their expertise in logistics, Amazon’s is because of their technology expertise. They are going toe to toe with Microsoft, IBM, and Google and only MS AZURE is keeping pace with AWS. That gives them serious techie cred.

WalMart? Walmart is as much a side show as the BPHs, as far as Amazon’s future goes.