The Augusta Chronicle have released a few tidbits of data on the paywall they launched back in December. This newspaper, which bills itself as the oldest Southern paper, is bucking the trend. Page views have risen 5% in the three months since the paywall launched.

I’m not surprised; the Chronicle is using a variation of the freemium business model. Like most of the successful paywalls, they give away a lot of content for free before asking you to subscribe. The WSJ, Financial Times, Daily Variety, are all doing something similar and I know the last 2 are reporting some success.

The Augusta Chronicle will let you view up to 25 premium articles a month without paying anything, and you can also read an unlimited number of non-premium articles.  That’s higher than any other paywall I know, and yet the Chronicle reported an increase in income large enough that planned to add another position in the news room.

I don’t think the paywall caused the increase in traffic, though. They’ve also increased efforts in the newsroom to update the the website on an hourly basis and to post more and varied content and encourage greater participation from more staffers.

via Reflections of a Newsosaur 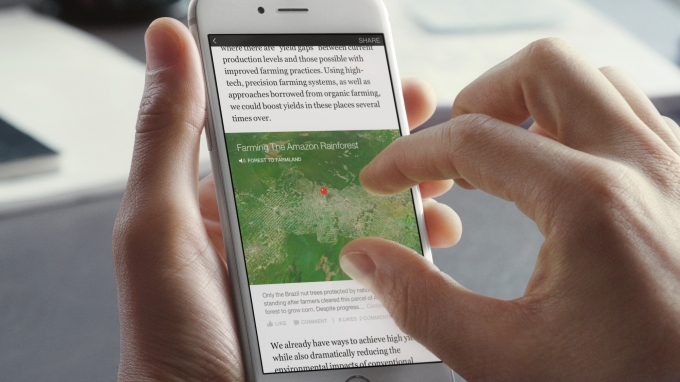 Facebook Launches Instant Articles, & I’m Still Waiting for the Other Shoe to Drop