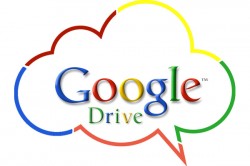 Google’s long rumored cloud storage solution is now predicted to launch next week, but I’m not sure what it will be good for.

The Next Web has the scoop. According to their sources Google Drive will launch next Tuesday and it will go live at drive.google.com. It’s going to come with 5GB of storage and Google is reportedly going to offer apps for iOS, Android, Windows, and OSX.

Pardon me for being obtuse, but I don’t see why everyone is so excited.

I now have storage at (deep breath) Amazon, Dropbox, Apple, Amazon, Google Docs, my old university, and in Gmail. The market is quite crowded and I really don’t see what value Google will bring to the table.

What’s more, all the storage listed above is free. Okay, the 20GB I have at Amazon cost me under a buck, but that’s close enough to free. Dropbox, Google Docs, and Gmail are also sharable, thus removing one of the few features Google might add.

And Gmail already offers 7GB or more of space.  While you might not think of it as cloud storage, all those attachments have to go somewhere.

Could someone explain the hype?

This netbook thinks it’s a phone

I felt the same way when I watched everyone getting so excited about iCloud.

It’s about the ease of use. Dropbox is successful (and valued at $4bn!) because the interface is very elegant and it’s very easy to share files. I think SugarSync actually has more/better features but always find myself going back to Dropbox because it’s just easier, faster, and simpler (on my local drive SugarSync and Dropbox folders overlap).

By contrast Amazon for example is only offering storage as a sublayer of their other services. There’s no direct way to share files via the Amazon cloud (in fact Dropbox is simply an interface to Amazon S3).

I’m hoping Google will combine all the various features into a yet better product that makes it easy and seamless to share files with others and access them from a plethora of devices.

I use dropbox and Ubuntu One . I’m just happy with both of them . No need to confuse people anymore than necessary .

If one has purchased music from Google, it will be nice to be able to upload music to the Google cloud and have it in the same location as the purchased music, as it now works with Amazon’s cloud. Plus if they integrate the service with their other products there could be added value to the user. What I don’t get is the part about offering Android apps.

Google already lets you do this with Google Music (via their Music Manager app, I believe). I’m lazy and let the Google Music app on my phone join my Google-purchased music to the rest of the content database on my phone (populated by Amazon), but I could do more if I wanted to.

It is extremely misleading to say that "it comes with less storage than Gmail". First of all, Gmail does not let you upload what you want – with Docs you can currently watch in the browser, no need to re-download, any video you want. And I mean any video – it’s a piracy haven.

Second: if something sets Google (and Docs) apart from others, it’s that their services are usually cheap and built for the masses. I have an 80 GB account and it costs me about 1 euro per month- and it works across any web browser, has a very nice Android app that actually lets you edit stuff, there’s no need to download, you can view almost any file in the browser….oh yeah, and it’s also the app that many people use to get work done. Including me.

So why don’t they just rename it Google Drive and increase consumer awareness of a product that already exists?Because Docs storage sucks. Yes, it’s dirt-cheap, but it’s an island: it doesn’t integrate with any of Google’s own products. Want to attach something to an email? Go to Docs, download to desktop, upload to Gmail. Oh yeah, you can email something from Docs if you are already there – but then that email doesn’t show up on your Sent folder at Gmail. Absurd.

Another example: the Android app lets me access absolutely any of the files in my 80GB account. You can download a PDF and open it a 3rd-party app, for example, if the native Docs viewer isn’t your cup of tea; there’s also an offline mode that I use quite a bit. All this is genuinely useful for working with Office files. But incredibly, the files are deleted as soon as you exit them. And if there’s any way of moving a downloaded file from Docs to a "normal" folder or app in my phone, I haven’t discovered it.

This may not matter much for Office since the files are small, but after spending 10 minutes on Wifi waiting for a movie to download, and accidentally hitting the Home button, you’ll go mad. If my Docs/Drive could really be a central warehouse for all of my devices, it would *the* killer app.

I also have a ton of videos on Docs, including several personal ones. Want to post some to Youtube? You guessed it: go to Docs, download again, yadda yadda yadda.

And don’t get me started on Google Music. I already use Spotify Premium, but I have several hundred tracks that will never be licensed (videogames OSTs, Youtube mp3s and such), so I saw the potential in a ubiquitous service that let you stream anything from anywhere. Even if it isn’t available in my country, but I was interested. And of course my tracks are already backed up in Docs (they sit also in the desktop because Spotify needs them there to play as local files). But incredibly, Music ignores people’s previous uploads to Docs and forces them to re-upload everything. Again.

"I now have storage at (deep breath) Amazon, Dropbox, Apple, Amazon, Google Docs, my old university, and in Gmail."

You nailed it. Your stuff is all over the place because none of these services is cheap enough and versatile enough. All these offerings come short, so it’s a massive opportunity for Google – create something that really lets people upload their lives and doesn’t force them to download again.

I suspect Google Music doesn’t look at Gmail, Docs, etc for uploads is because of legal risk.I suspect they want to be able to precisely document the upload of every track you didn’t purchase for when they’re (inevitably) sued.

[…] so much sense that Google made a similar decision a while ago. When Google launched Google Drive in April 2012 that free 5GB space was separate from the 10GB of storage in my Gmail account, and it was merged […]