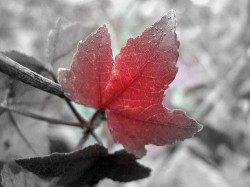 Google announced that they have several  Canadian resllers already lined up. One is the Campus Bookstore at Queen’s University as well as 17 other university bookstores and the other is McNally Robinson in Winnipeg. In addition to the resellers, Google also have a number of Canadian publishing partners, including Penguin Canada, Random House, and HarperCollins, as well as independent publishers McGill-Queen’s University Press, House of Anansi Press, and Dundurn Press. They also promise to bring “more publishers into the eBookstore ecosystem in the weeks to come.”

The new ebookstore launches with the full suite of Google Books apps, so if you sign in with your Google account and you’ll be able buy ebooks from any of thousands of publishers. There’s no been no mention yet of a hardware partner or if the iriver Story HD, the ereader that is affiliated with the Google eBookstore in the US, will be sold in Canada.

This launch comes just a few short weeks after a similar launch in the UK. It’s probably also going to come just a few weeks before the launch of the Australian and new Zealand branches.

That’s not much of a lunch, is it? You might recall the US launch back in December of 2010. Google had dozens of bookstore partners as well as a firm commitment from the American Bookseller’s Association. While they never managed to make any dent in the US market (they’re estimated to be somewhere under 1%), it was still an impressive showing.

Yes, A Handful of Universities Are Now Banning Smartwatches (During Exams)

Wow, I’ve even got a books tab in my market account now.

Only problem is that the books I really wanted (including some geo-restricted titles) have already been purchased from kobo books earlier this year! Google is a little too late for me… 😉

At least now I don’t need to mask my identity using market enabler to download updates to the Google books app!

[…] · No Comments · ebookstore news /* */ It’s only been about a week since the Google eBookstore launched in Canada and it looks like i was right when I predicted the today’s launch. (But it was a little […]

[…] the Google eBookstore launched in Canada back in November, their retail partners were limited to the 18 Canadian campus bookstores participating in Campus […]