Google has long been a minor player in the mp3 market, so today’s news might come as a surprise. Numerous sources are reporting, and Google has confirmed, that Google Play Music now has an iPad app.

While the app has long been available for the iPhone, the iPad version was only launched with today’s update, bringing with it a new Material Design interface, automatic caching and improvements to streaming, and other visual improvements. 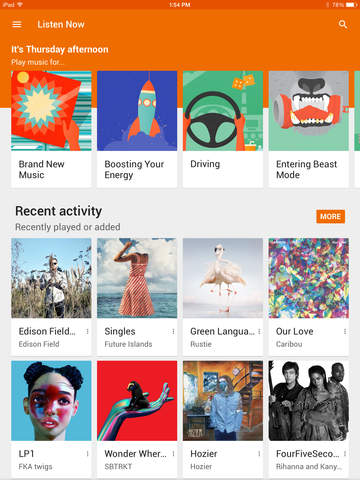 The app looks like a near carbon copy clone of the Android version, down to the distinctly non-iOS slide out menu on the left.  The app is of course lacking the option to access Google play and buy music, but you can still use this app to listen to the music bought from the Google Play website as well as any songs you upload to your account