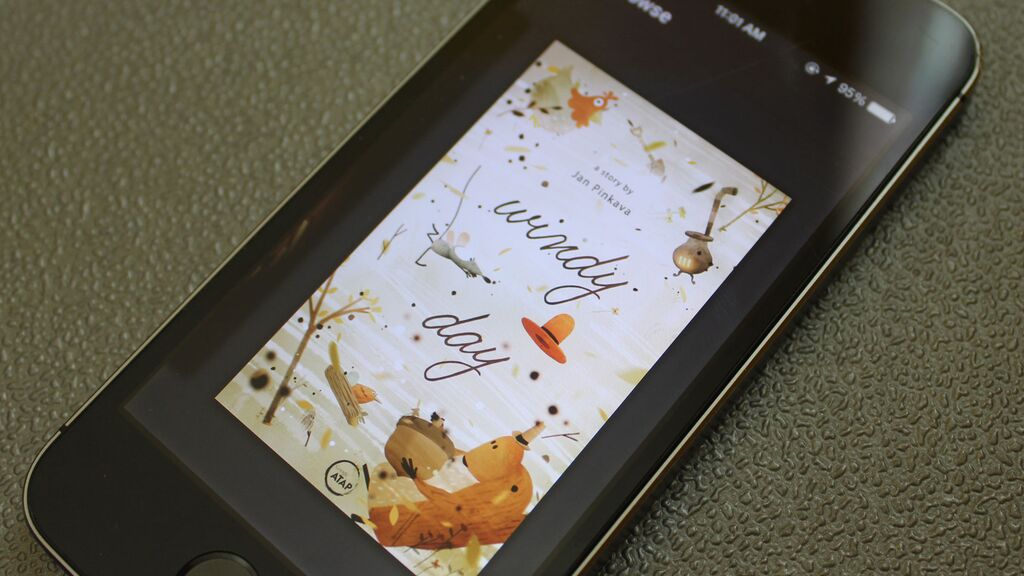 Google has just brought the next great stillborn idea in story-telling to Apple’s mobile platform.

Launched last year on Motorola devices, Google Spotlight Stories is a platform which enables creators to tell stories which put the viewer in the center of the action. Not quite a movie (TechCrunch), game, or interactive ebook, Spotlight Stories requires users to follow/chase the story by manipulating their mobile device.

Basically, the app responds to your mobile device’s sensors (like its gyroscope and accelerometer) by shifting your viewpoint to match. This creates an immersive viewing experience which in all honesty is a lot more fun than it sounds.

As you can see in the promo video below you’re going to look a little silly, but trust me when I say that some of the stories are worth it.

The Spotlight Stories app has been available on some Android devices since May 2015, and is now available for the iPhone. You can also install the app on the iPad, but you will need to change the dropdown at the top of the results page from “iPad only” to “iPhone only”.

And while we’re on the topic, Android Police posted a copy of the Android app here. The app will work on devices which Google doesn’t think are compatible, so go ahead and try it. FYI: If your device lacks an accelerometer, you can use your touchscreen to swipe around a scene.

The reason I’m sharing these links with you is that I think this app is worth your time. (Edit: So did Chris Meadows when he reviewed the app for Teleread last November.) There are only four stories to watch but the one I’ve seen so far, Buggy Night, was fun – and that is coming from a jaded blogger who has seen everything.

Edit: Okay, I’ve now seen all 4 Spotlight stories and see that I need to elaborate on why Buggy Night was so cool. It’s not a movie; instead the viewer drives the action forward. The story can’t happen without you.

Furthermore, the emulator video someone posted for Help has inspired me to take the time to download the 500MB story and watch it:

I’ve actually watched Help twice (you have to watch it from several angles in order to catch the entire story).

It was fun and I wish we could see more stories on this platform, but I don’t expect to.

There are very few ideas in Google Spotlight Stories which are new, but nonetheless the way the ideas are being used makes for a fun and entertaining experience.

I’d like to see more stories told on this platform, but the production cost and required skills will probably prevent that from happening.

>You can also install the app on the iPad, but you will need to use the Safari search trick (*) to find the app in iTunes because it is not listed in the app store.

It is listed. You just need to change the dropdown at the top of the results page from "iPad only" to "iPhone only".

I didn’t know you could do that. Thanks!

Google's "Future of the Book" Cannot be Printed, And It Also Cannot Be Viewed on Many Devices | The Digital Reader September 1, 2016 um 6:04 pm

[…] the time. It's a platform for interactive 3d video which enables new types of stories which are a lot of fun to view/read/experience. The platform is available on both iOS and Android and requires a lot of […]