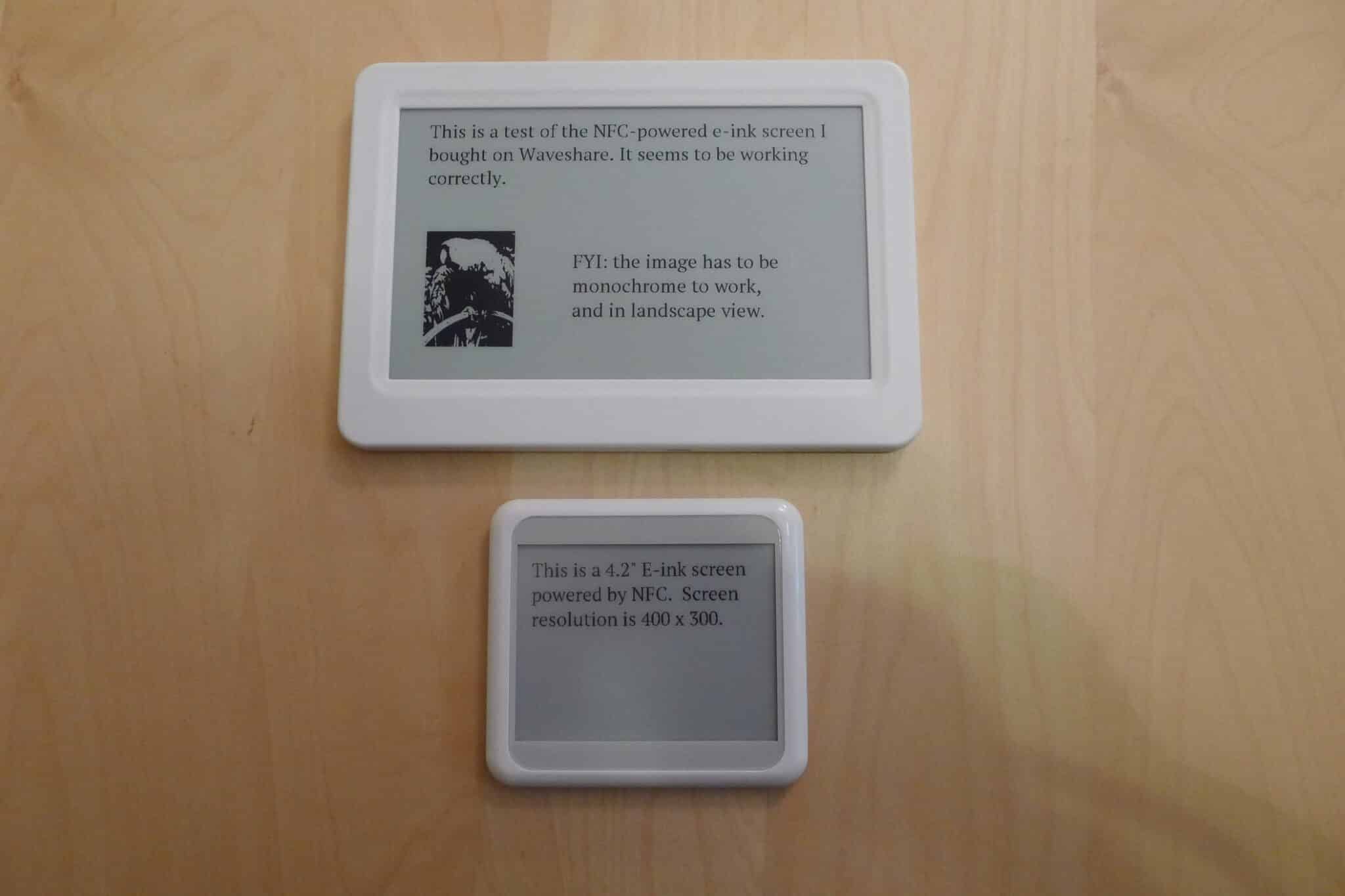 Remember 3 months back when I told you about Waveshare selling a line of E-ink screens powered by NFC?

Well, after two months of saving up, and a month of waiting for the mail, my units arrived last night. I ordered both a 4.2″ screen, and a 7.5″ screen. I also got one base station (my phone doesn’t have NFC). 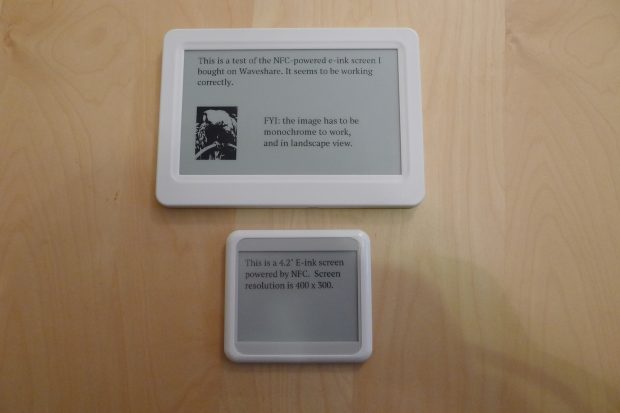 It took me about hour, but I got them both working (it wasn’t that hard, even though several important details were left out of the instructions). I would rate this as being somewhat harder than piloting a cheap drone, but much easier than using a Raspberry Pi for the first time.

The stumbling point was that the images have to be formatted as monochrome BMP in landscape orientation, in the exact same size as the screen resolution for whichever screen you’re using (the larger is 800×480, and the smaller is 400×300).

It took me about an hour to figure that out, but once I did I found that MSPaint was the easiest way to format images.

I am not sure it’s worth the bother, however.

I got these because I thought they would have great geek value at SF cons, but now that I have them I realize that if I wore one as a con badge, I would look like I had a dead ereader on my shirt. I really should have gone for a Raspberry Pi, and attached a screen to that – at least that way the refreshing screen would be interesting to look at (even better, I could have attached a 3-color Spectra screen).

Furthermore, I really don’t see any value in the idea of a battery-less E-ink screen powered by NFC. Wireless communications is damned useful, but losing the battery and CPU gains you almost nothing in terms weight and cost. It reduces the BOM by what, 50 cents, and reduces the weight by an ounce. That battery and CPU would have added significant capability, and the screen just isn’t that useful without them.

Edit: I for got to mention this. but it takes like 5 seconds to refresh one of these units. That is a major hindrance.

I cannot come up with a use case for this screen that would not be better filled by an E-ink screen plugged into a Raspberry Pi, or by an ereader running an aftermarket hack.

If you can think of a possible use for this screen, let me know.

Also, if there’s anything you would like to know about the screens, just ask. 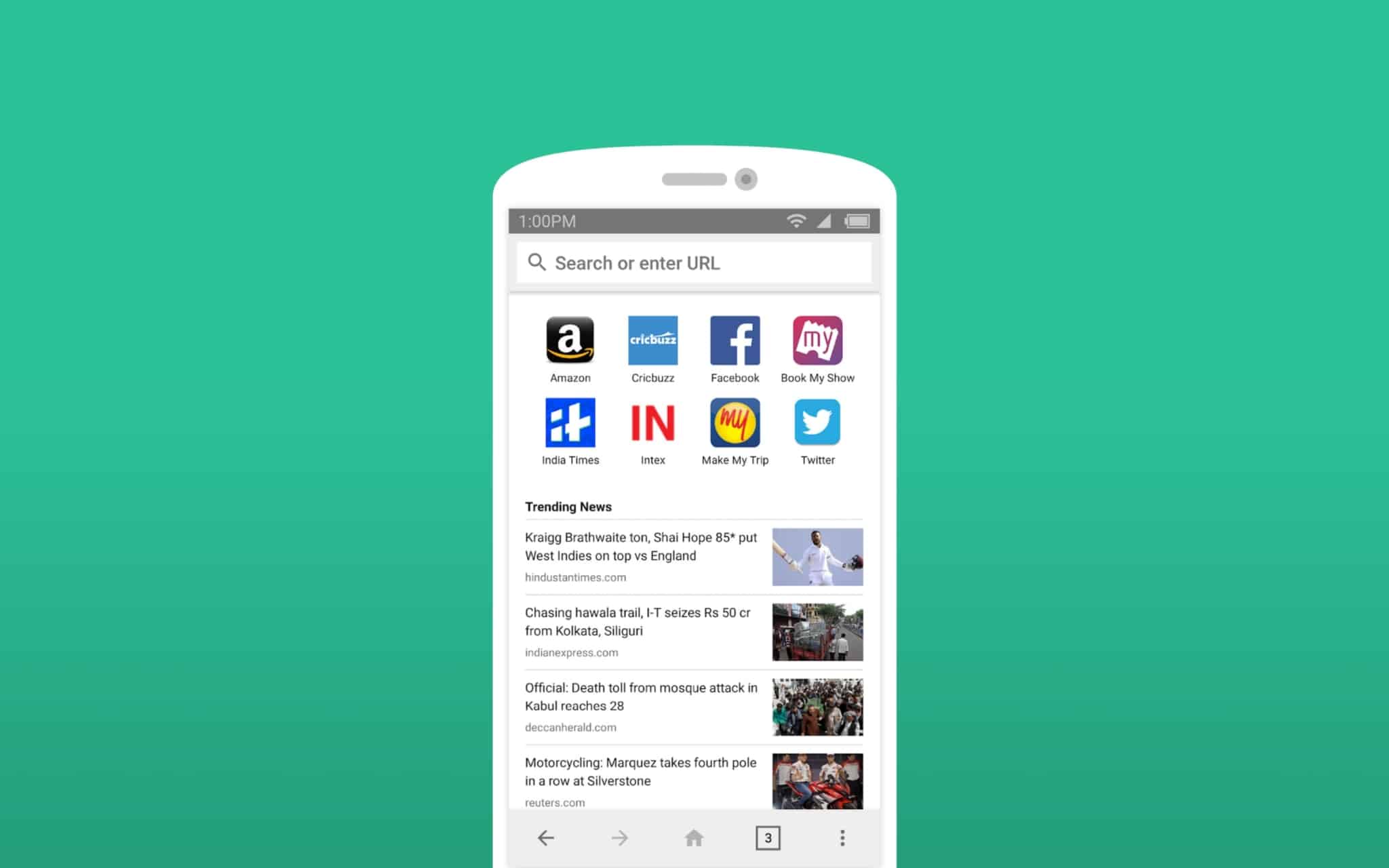 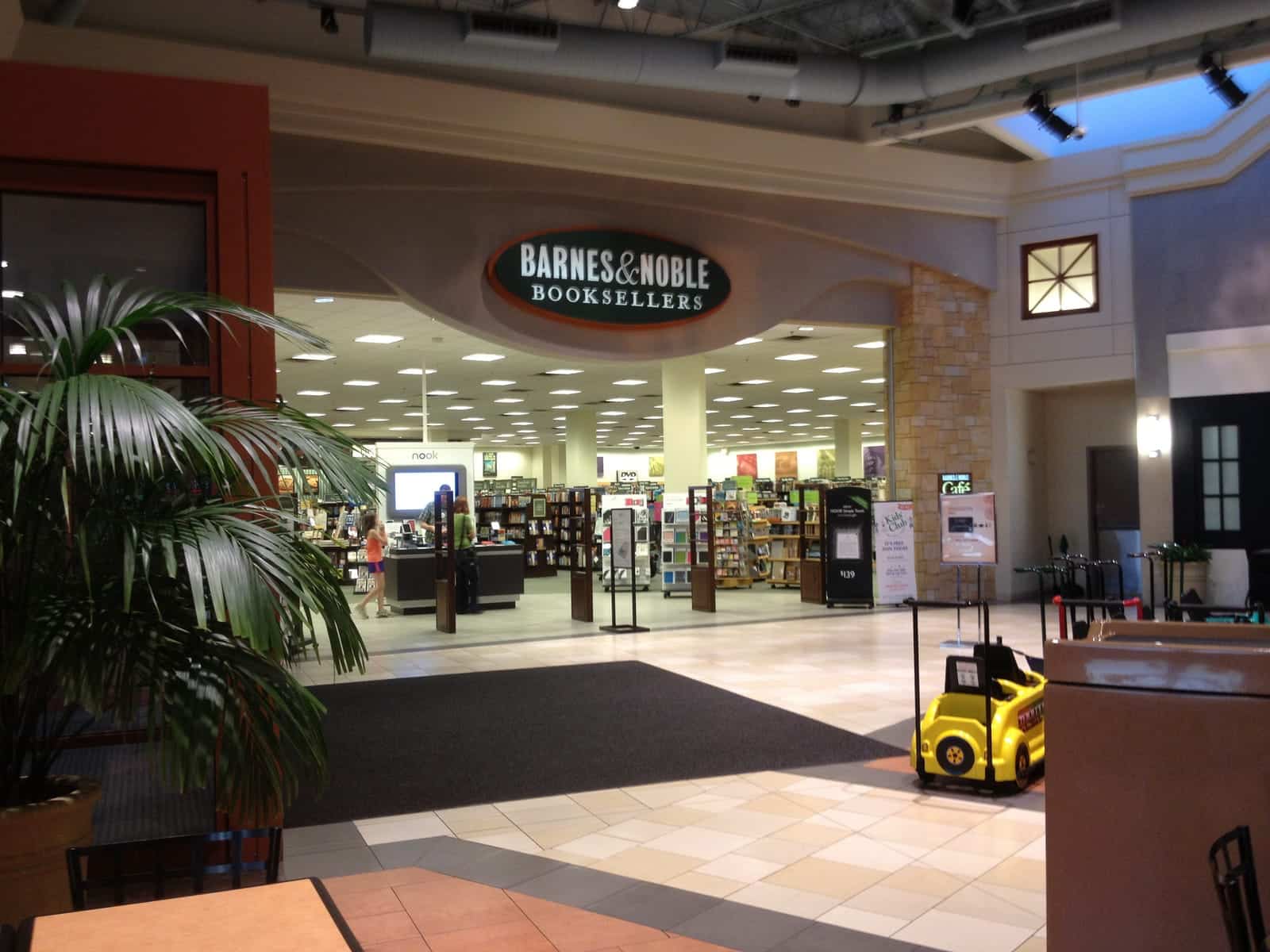 Well, I’d use the larger one as a makeshift photo frame; you’d have to convert contrasty photos in photoshop using some sort of dithering to 1-bit monochrome, but it could be interesting.

I ordered a waveshare 7.5″ yellow, black and white Spectra to do just that, to be controlled with an ESP32 module. Probably will take over a month to be delivered, but it is a fun project.

Get them gold plated.
You can wear the big one on a chain and the small one on a headband.
You can start them out with: "This space for rent."

For a consumer, not much use, but think about commercial applications. Retailers for signs displaying infrequently changed information such as daily specials, or prices on shelves. Walk by with a NFC capable tablet and an application that can generate the images on-the-fly and update all your signs easily. Notice boards. Cafeteria menu displays.

Home use, I can think of a few things, task lists, chore boards, family calendars all come to mind. Something you might take a few minutes one-day a week to come up with the image, and then post for all to see for the remainder of the week. Stick it to your fridge or family bulletin board.

Yeah, no – none of those are good use cases for the tech on my desk.

For example, the cafe menu boards and store signage niche has already been filled by LED/LCD screens, and NFC-powered screens would not do a better job because the signage can be plugged in, so power doesn’t matter. Also, electronic shelf labels already exist. They have batteries and connect to a central control unit via Wifi or another wireless tech. And I forgot to mention this, but the NFC-powered units take 4 to 5 seconds to refresh. This means the shelf label refreshed using NFC would be a time suck.