Publishers have often had their own bookstores and even ebookstores, and today HarperCollins joined the party. They’ve just launched a new niche ebookstore, and it could be the first of many.

HarperCollins has partnered with Accenture to build a niche ebook community/ebookstore which will be focused on CS Lewis' Narnia series. The new site is live today at www.narnia.com, and it offers readers a chance to buy ebooks direct from HC or from a variety of other retailers. And if ebooks aren’t your thing,  you can also search for other retail sites that offer the series in either paperback or hardback.

The ebooks sold at Narnia.com appear to only be available in DRMed Epub (unlike Pottermore), and can be read with HarperCollins-branded apps for Android, or iPhone/iPad. It should also be possible to transfer the ebooks to other apps or ereaders, but it’s not quite clear how you would do that. 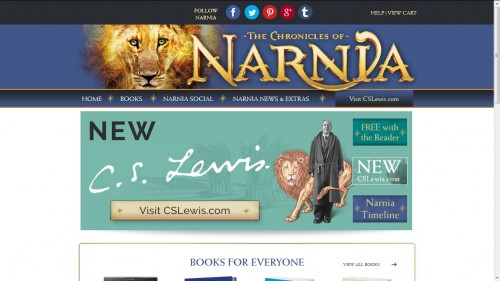 I spent a few minutes today looking at the site, and I have to say that I disagree with Laura’s coverage at GigaOm. This site is more than just an ebookstore, and I think it is intended to be similar to Pottermore. Besides ebooks this site also offers a news section and a social section which shows the latest updates from the related Twitter and Facebook accounts.

On the other hand, Pottermore might not be the best example for comparison; that is an active community and Narnia.com is more of an author website than a community.

BTW, the website address www.narnia.com used to lead to the related Facebook page (or so the Wayback Machine suggests), and I think that is an indication of just how HarperCollins sees their new website. It’s more of a marketing tool than a retail site.  They’re fine with you buying the content elsewhere just so long as you buy it.

On a related note, HC is also launching a site at www.CSLewis.com; that site is focused on all of the author’s works and not just this one series. Something tells me that HarperCollins will be launching similar sites for other authors. Like Narnia.com they will probably be closer to being landing pages that help readers find a place to buy the ebooks rather than just ebookstores. 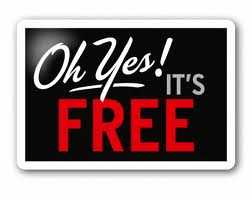 Big push just before it all goes public domain in all of the life+50 countries.

HarperCollins used to have their own ebook store selling ADE ePubs. They closed it in 2010 (I think), leaving users just a short time to download before losing access.

I’d be very wary of buying from their new ebook store.