HarperCollins Launches Second Print+eBook Bundle Pilot in as Many Weeks 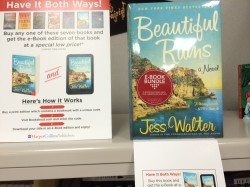 What’s better than running one pilot program to test a new business model? According to HarperCollins, running two pilots at the same time.

The US publisher launched a new pilot today which will enable customers of select indie bookstores to buy a print+ebook bundle. Twelve indie bookstores across the US, including Politics & Prose in DC and Greenlight in Brooklyn, NY, will be taking part. Developed in partnership with ebook startup Bookshout, the pilot will be a small scale test of platform.

Six titles have been selected for the pilot, including Amanda Coplin’s The Orchardist, Richard Ford’s Canada, Erika Johansen’s The Queen of the Tearling, Lauren Oliver’s Before I Fall, Jess Walter’s Beautiful Ruins, and Jacqueline Winspear’s The Care and Management of Lies.

The print books will be available at the regular price, and customers will also have the option of adding the ebook for a small extra fee.  When the customer check outs they will receive an activation code which will enable them to download the ebook from Bookshout (but not, curiously enough, Kobo even though several of the booksellers are also Kobo partners).

Many of the booksellers already have the new bundles on display, and they are promoting the bundles with prime placement in their stores: 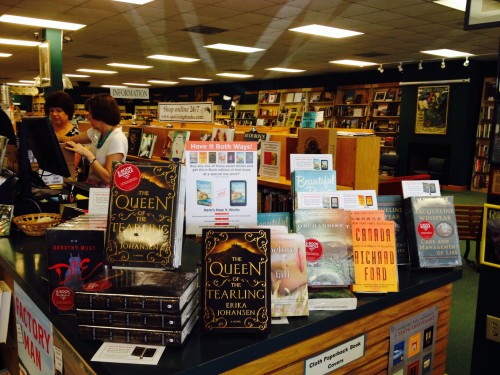 This is HarperCollins’s second print+ebook pilot to launch in as many weeks, and it’s quite different from the first. That first pilot, which was developed in partnership with Vancouver-based ebook startup BitLit, required customers to pay a small fee, personalize and a take a photo of their copy of the ebook, and then download the related ebook.

With the new Bookshout pilot, customers buy the paper book and a gift card like bookmark. The bookmark is activated in store, and then the customer can use the activation code to go to BookShout website and get the ebook.

One key difference between the pilots is that with BitLit, HarperCollins is handling the distribution themselves. The ebooks are available as a DRMed Epub from HC’s own retail platform and can be read in HC branded apps or on ereaders which support Adobe DE DRM.

But with the Bookshout pilot, the bundled ebooks can only be read in Bookshout’s own apps. There’s no mention on their website that readers can download the ebooks and transfer them to a device or another reading app, and that is going to drastically undercut any value the readers might derive from the bundle.

There’s also curiously no mention of Kobo, which I would have expected to jump at the chance to take Bookshout’s place. Perhaps Kobo did not have the tech in place that Bookshout has been developing for the past couple years.

Launched in 2012 as a social reading platform, Bookshout first grabbed attention for their unique way to attract new customers. This startup had worked out a deal with " 5 of the 6 major US publishers" which allowed it to duplicate a reader’s library of Kindle and Nook purchases as part of a new account on the Bookshout platform. With the reader’s permission, Bookshout basically scraped their Kindle or Nook account and then populated the new Bookshout account with as many titles as could be transferred.

That import feature got a lot of attention in 2012, but it was subsequently dropped in the following months. The social reading also fell by the wayside as Bookshout turned their attention to offering services to publishers, authors, and booksellers. In August 2013 Bookshout announced a new service which helped publishers and authors distribute ebooks (both free and paid) in bulk to fans, reading groups, and the like.

I can’t recall any mention of ebook bundles at the time, though I do see that I mentioned that Bookshout had at least two competitors with similar platforms which offered a bulk ebook  distribution option: Enthrill and Livrada. Those names are worth noting, I think. Given that HC already has two print+ebook pilots running concurrently, there is a chance they might decide to add a third and a fourth pilot.

Yes, that is speculation but over the past few years HarperCollins has proven to be the major US trade publisher most willing to experiment with new business models and new markets. In 2012 they partnered with Livrada to distribute ebook gift cards to Target stores. That program doesn’t appear to have come to much, but it was just the first experiment.

Along with Simon & Schuster, HC has signed a deal to distribute their catalog to ebook subscription services Oyster and Scribd. HarperCollins has also made a major  investment in an online retail platform which, when the recently launched ebookstore works better, will enable the publisher to sell books ebooks directly to consumers. 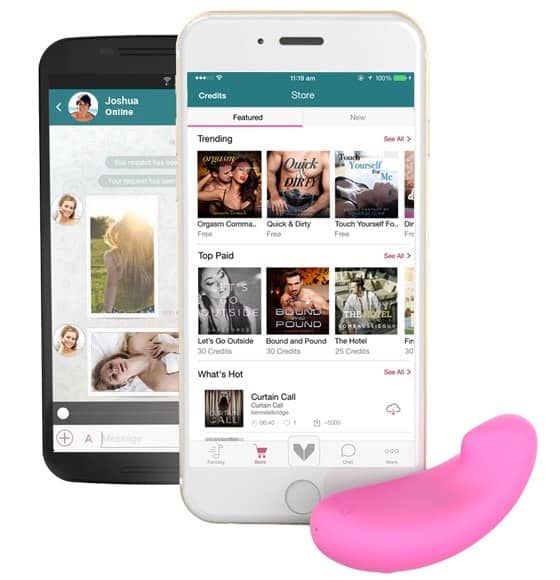 Hmm, I wonder why Amazon bothered to do that?

Elsevier Gets into Print/Digital Bundling in a Huge Way, Signs with BitLit – The Digital Reader November 20, 2014 um 2:33 pm

[…] including Amazon, which launched the Kindle Matchbook program this summer, Bookshout, which has a different and competing bundle platform, and even Kobo has gotten into the act with a partnership with HarperCollins and an Australian […]

[…] HarperCollins Launches Second Print+eBook Bundle Pilot in as Many Weeks […]

Bookstores Can Double Their Sales by Offering Print/eBook Bundles | The Digital Reader June 22, 2016 um 10:10 am

[…] Shelfie announced that it had accomplished something its competitor, BookShout, had pulled off in August 2014 (and Shelfie accomplished in Canada the month before […]