HarperCollins Thinks There’s No Such Thing as Too Much DRM, Adds Another DRM Layer to eBooks

HarperCollins dashed my hopes today when they announced that they were spending even more on DRM. This publisher isn’t just using DRM to try to lock down consumer copies; they’ve expanded the idea with the false hope that they can use digital watermark DRM to make their supply chain more secure.

Although the system is capable of identifying consumers who download e-books illegally, HC is using it to make sure that its e-tailers “are using the highest degree of security possible,”Restivo-Alessi said. If the Guardian Watermarking finds e-books that are being downloaded illegally, they will ask that e-tailer to either upgrade their security efforts or risk being dropped as an account, Restivo-Alessi added.

The addition of the watermarking initiative to regular DRM efforts “is another control we have in the digital supply chain to assure authors we are doing all we can to protect their content,”Restivo-Alessi said. HC has been aggressively growing its sales of e-books overseas and just last week signed an agreement with JD.com to sell e-books in China.

This story came across my desk a couple weeks ago as an embargoed press release. I’ve had some time to think about it and I have to wonder exactly what HarperCollins is trying to accomplish here.

On the face of it, I don’t see what HarperCollins will gain from knowing which ebook retailer was the seller of a pirated ebook. The most they can do is either demand the retailer use an industry standard DRM or be cut off.

But what if HC finds a pirated ebook and tracks it back to a retailer which is already using an industry standard DRM? What then?

All of the common types of encryption DRM, from Kindle to Adobe DE, have been hacked already, and adopting one of the uncommon types would likely cost a retailer a lot of money and customers.

This leads me to wonder if perhaps HarperCollins is going to start forcing ebook retailers to also adopt digital watermark DRM on top of the Adobe DRM.

I frankly don’t see what else HC will be driving for, do you?

Or is there something I missed? 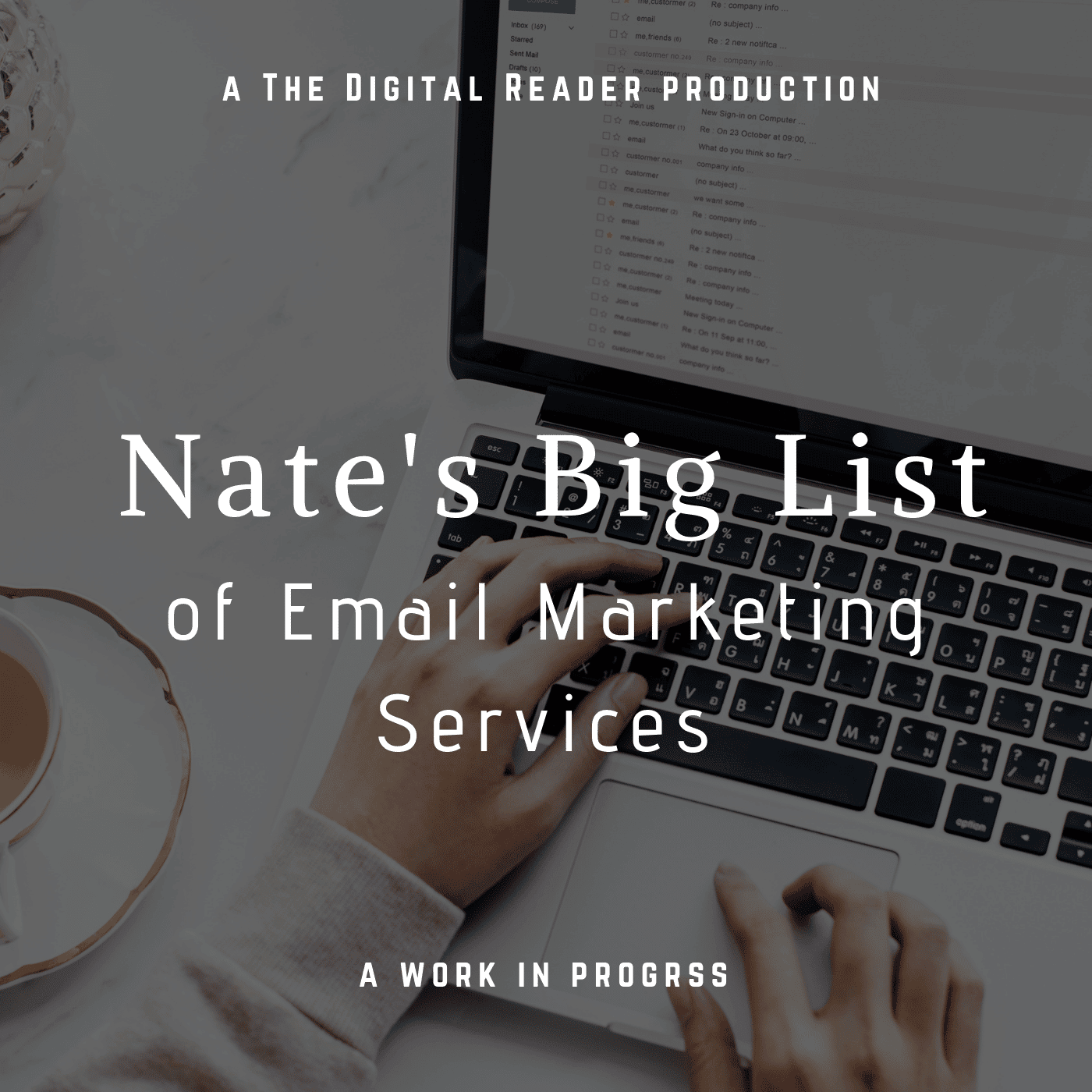 Maybe Authors United should look into this.

Maybe its an excuse to drop all ebook retailers except Apple, now that they have their brilliant ebookstore up.

Of course that would just mean somebody would get around to putting together a DRM disinfection tool for Apple’s store too, which nobody has really bothered to do so far. This would be excellent news for those people who buy their books there (both of them).

Nice, another new version of DRM – which certainly cost HarperCollins an exorbitant amount of money – that could be hacked in a few days. I’m sure there’s already a Calibre plugin in the works.

I find it continuously baffling that big publishers are following the exact steps of the music industry, and somehow can’t perceive the inevitable conclusion.

If the retailer is already using an industry standard DRM maybe they would be forced to use the ADE hardened DRM that Adobe backed off from using. Forget the fact that most ereaders can’t read it.

And what is HarperCollins going to do when it discovers that the pirated book was originally sold by www.HarperCollins.com?

And do they realise that having a section of their front page entitled 'Steals and Deals' is ironic?

Likely not. Thanks for pointing that out, I needed the laugh because I found the latest stupidity from Authors United incredibly depressing.

The article mentions something about watermarking. How does that relate to DRM? If I buy a book through Kobo, is it watermarked or DRM’d or both?

Digital watermark is a type of DRM which involves (in the case of ebooks) adding identifiable bits of text to a work.

In this case HC will add the text to the master ebook sent to each of the retailers. The retailers will then sell that ebook to their customers, resulting in all of the copies having the same code. If that ebook shows up on a pirate site then HC will know which retailer sold it (but not necessarily who bought it).

From what I understand, only the store will be able to track the transaction and so the customer. I think digital watermark is a good way if you want to fight piracy and not arm the customers. People will think twice before sharing ebooks on the web. But will still be able to share them with friends, like we do with paper books.

Claude, you are completely correct.

I think calling this DRM dilutes the term "DRM" and discourages organizations from going with more customer-friendly options (as this is). It may also lend strength to legal arguments that removing watermarks or simply distributing tools to identify this metadata is illegal under laws such as the DMCA.

To go with the classic car analogy, this isn’t liking forcing me to call OnStar to open my vehicle because the dealer refuses to give me the keys; it’s more like the VIN etched throughout the vehicle. Yes, it is a method of "tracking", but it’s entirely passive and easily removed. However, to move away from the analogy, if it allows publishers to identify stores where some minimum-wage employee is leaking files, then those stores can move to change the undesired behavior.

I can understand why you would feel that way, but that doesn’t change the fact that this is DRM. It meets the technical definition of being DRM, which is why it is named as such.

" It may also lend strength to legal arguments that removing watermarks or simply distributing tools to identify this metadata is illegal under laws such as the DMCA."

The DMCA only applies to, quote: a technological measure that effectively controls access to a work. Digital watermarks don’t do that.

Thanks, Nate.. that makes sense. Does the reader see this watermark in the copy they buy .. will my Kobo copy have a watermark that I can see once I download the file?

No. It’s closer to being metadata than anything you can see in the file.

My best guess is that Harper Collins, and other large publishers, just hate, hate, hate the entire eBook concept. They would really, really, really like for eBooks to go away, so that they can go back to printing paper books, and distributing them to bricks-and-mortar book stores. This is the industry model that they understand, and which was profitable for them for the last hundred years or more.

The cost of this additional level of DRM will, of course, be added to the price of Harper Collins eBooks. By attacking the price advantages of electronic publishing they will make paper books more competitive.

If having two layers of DRM is not sufficient to price eBooks out of the market, then they will add a third and a fourth and a fifth layer, until legal eBooks are ridiculously expensive.

Of course pirate eBooks created by scanning and OCR of a paper book will continue to flourish, but HC will set an army of lobbyists to work to convince government to create more and harsher penalties for scanning physical books or for sharing the resulting files.

Fortunately, I don’t think that any such strategy will work in the long run. EBooks are here to stay, and the sooner that Harper Collins goes bankrupt, the better.

This isn’t DRM. No one has called it DRM but you. This technology is generally referred to as "social DRM." It’s also used by many publishers who choose not to talk about it. The only thing new I can see here is that Digimarc has gotten into this game; it’s a complement to the Attributor piracy monitoring technology that Digimarc bought some time ago.

Yes, I realize that it’s in the Wikipedia article, but you can’t really have it both ways.

DRM: "technologies … with the intent to control the use of digital content and devices after sale"
DMCA: "a technological measure … requires the application of information … to gain access to the work"

I realize this is the "could care less" argument all over again (or "piracy" vs. "copyright infringement"), but if watermarks are a DRM system because they "provide prosecution evidence for purely legal avenues", then aren’t ISP customer access logs also a DRM? If not, why are they different?

To put it another way, if DRM is going to encompass any technology that companies might use, down to as little as including a message reading "LoganK’s copy" stamped on the title page, what term should we use to raise the alarm against technologies that restrict access to the work? Invasive DRM (meaning DRM is okay, but some measures might go too far)?

I suppose it’s all semantics and I am whining for a term for my particular line in the sand so I can complain about my specific concerns, but it seems wild to me that we would use the same phrase for both lose-all-access-to-your-media-when-the-servers-shut-down technologies and put-the-receipt-in-the-bag technologies.

I can understand your viewpoint, but I also see that some publishers are replacing Adobe’s encryption DRM with digital watermarks. They are using the latter in place of the former, suggesting that the publishers see the two techs as valid alternatives. Thus, if one is a type of DRM then so is the other.

No. The Wikipedia entry says "Watermarks are not complete DRM mechanisms in their own right, but are used as part of a system for copyright enforcement…"

a) This does not add up to "watermarks are DRM."
b) Whoever wrote that Wikipedia entry (in which there are way too many biases and inaccuracies to list here, and are beside the point anyway) may have had in mind the various uses of watermarking that actually are or were part of DRM mechanisms – closed systems that read a watermark and acted on it *before* the user could see/hear/read the content. Best known example being the failed SDMI standard for music around 1999-2001. This is not one of those; it’s a forensic marker. It doesn’t control or restrict any interaction with the content by the user’s device.