Hisense Sero 8 Pro Shows up at the FCC

But this might change now the the Sero 8 Pro has  cleared the FCC. Hisense’s new tablet has been bouncing around Chinese gadget blogs (and it even showed up  at IFA-Berlin a couple months ago), and now it could be coming to the US.

And as you can see in the photo below, it looks an awful lot like an iPad Mini. 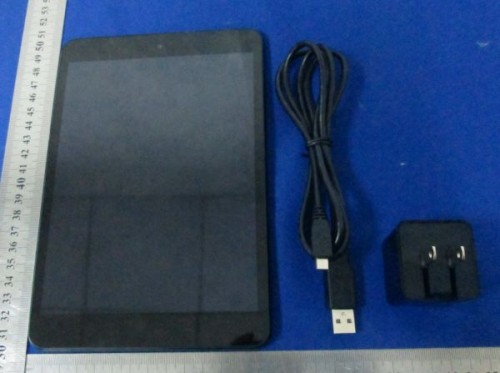 There are a pair of speakers and a pair of cameras (5MP and 2MP). It also has Wifi and Bluetooth. And weighing in at less than 12 ounces, it measures a mere a mere 6.4mm thick.

Given that this tablet has only launched in China (or at least I think it has launched there), hardly any bloggers have had face time with the Sero 8 Pro. That makes it kinda difficult to write anything about it.

In fact, I think it would be best to describe the Sero 8 Pro as vaporware, only that’s not really fair to Hisense; they haven’t promised to launch it in the US.

But no matter what it is, I can’t wait to see it.

since the Pipo P8 and iFive Mini 4 have been out for awhile with pretty much the same specs, I’m wondering what Hisense will do to differentiate itself.

since the Pipo P8 and iFive Mini 4 have been out for awhile with pretty much the same specs, I’m wondering what Hisense will do to differentiate itself.

also, love how the back of my Sero 7 Pro just pops right off, hope that is the same with the 8 Pro, but not holding my breath.