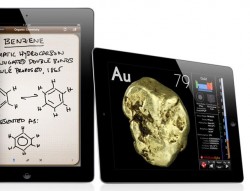 Jeremy Greenfield has a post up this morning over on Digital Book World which made my heart go pitter-pat. Houghton Mifflin Harcourt, fiction, academic, and Amazon publisher, is going to release a couple new K-12 social study digital textbooks this fall.

The Americans and World History: Patterns of Interaction will only be available via iBooks due to their heavy reliance on embedded content like History channel videos, audio clips, photo galleries, 3D graphics and animated maps, and section quizzes.

This caught my eye because some time back a friend predicted that textbook publishers would eventually release digital only titles as a way to stymy textbook reuse as well as the used book market. These 2 textbooks are for the K-12 market, where that is less of an issue due to more restricted finances. But it could still have been a test balloon.

Alas, these are only new editions of textbooks that HMH currently publishes, not ones written specifically for the new iBooks app.  So really they’re not much more newsworthy than the digital textbooks available at launch. But I’m still going to keep my eye on them.

First, these textbooks represent a major investment into a tiny market – one which was made while HMH was narrowly avoiding bankruptcy. That’s not a sign of the brightest brains being in charge over there.

Second, these textbooks were developed with the knowledge that the market was quite tiny. “Digital is still really small. But with the small numbers, the growth potential is exponential and you have publishers who are really trying to capitalize on this opportunity,” said Kelly Gallagher, VP of publishing services at Bowker Market Research. “With Apple supporting them, it could really be a game-changer.”

I don’t see how that could be. I’ve been watching for stories about iPads used in schools and I’ve noticed 2 common themes. Most iPad programs that I read about fell into one of 2 categories; they’re either at a private school (with an excess of funds) or the iPad program is a pilot program in a public school that used federal funds to buy the hardware. And as we all know, there’s a finite amount of federal funds. Frankly, the money doesn’t exist at the federal level to issue iPads to any more than a tiny fraction of students.

Okay, there are more programs than the 2 types mentioned above, but the school districts that can afford to launch a 1:1 program on their own are few and far between. Most school districts are in the same situation as the tale of the San Diego area school I linked to this morning.

The Sweetwater Union High School District is days away from issuing iPads to all 7th grade students, while at the same time this school district just sacked 200 teachers due to budget cuts. What’s more, several of the fired teachers had created the iPad program in the first place; their absence is going to make the new program a far less effective teaching tool.

Now, the iPads were funded by a federal grant, so they’re not responsible for costing the teachers their jobs. But this still illustrates the budget realities of the current school funding situation. While schools might have the funds today to buy the hardware, they don’t necessarily have the money set aside to run it for any serious length of time.

That time factor could end up being a bigger deal than you realize. HMH is pricing the new digital textbooks at Apple’s suggested retail of $15. That’s somewhere between a seventh and a tenth of what the paper textbook costs, so I’m assuming they expect to sell a new copy to each student every year.

My first thought was that this wouldn’t go over real well with parents. It’s one thing to buy school supplies for your kid; it’s a whole other thing to be expected to buy his textbooks as well. But then I realized that most of the iPad pilots are dependent on giving each kid an iPad. Form the parent’s viewpoint buying $75ish in textbooks to get a $500 iPad is a pretty good deal.

Of course, the economics breaks down once you get away from issuing the iPad to a particular student. If the iPad becomes classroom issue or passed around on carts (like many computers are now) HMH  is going to miss out on that new sale every year. There won’t be a need to buy a new textbook to replace the one already there.

And given the current funding situation, I think it’s much more likely that the iPads will be assigned to a class and not to students. San Diego is a good example of this. The SD Unified School District is planning to roll out iPads to all 5th and 7th grade classrooms in the fall. They will be based on carts of 34 iPads and they won’t be issued to students.

If that becomes more common then the bet that textbook publishers are making on digital textbooks will come up as a bust.

And in the case of HMH, it could be a painful bust. 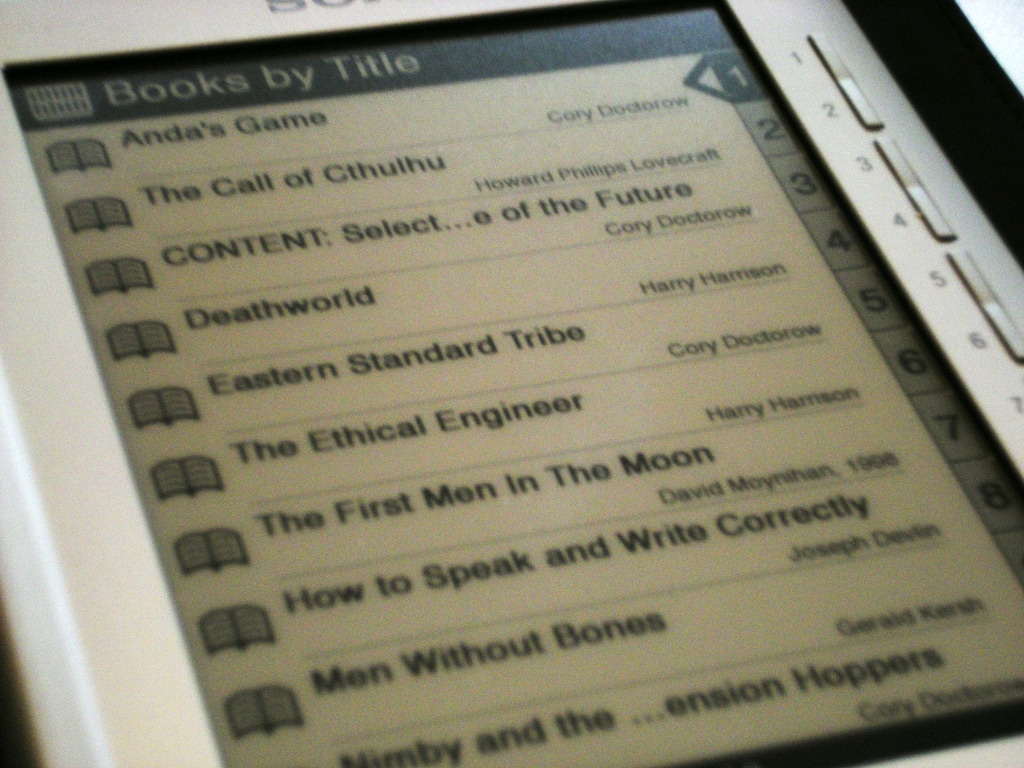 Did You Just Get a New Tablet, eReader, or Smartphone? Download Thousands of Free Audiobooks, eBooks, and Comic Books

[…] this niche. What's more, the textbook publishers themselves continue to trot out new platforms and new textbook titles, all in the hopes that they can carve out a few more […]