How should Amazon, et al respond to Apple?

Late last night Sony announced that their Reader iOS app was indefinitely delayed. This led to a flurry of posts on all the gadget blogs (including me). A few hours after I wrote my post Ars Technica posted an article on  Apple’s response. According to Ars,

"We have not changed our developer terms or guidelines," Apple spokesperson Trudy Muller told Ars. "We are now requiring that if an app offers customers the ability to purchase books outside of the app, that the same option is also available to customers from within the app with in-app purchase."

Apple has decided to enforce a certain rule where all apps have an in-app purchase option, which would mean that Apple would get a 30%. Yes, Apple are pushing for a cut of every transaction on the iPhone or iPad.

Obviously it’s outrageous, but how should Amazon, Kobo, etc respond? They only have until the end of June before they have to update their apps with the in-app option. As I see it, they have a number of options. First, they could knuckle under and simply give Apple the vig. But you know and I know that no one can afford to do that. The next option (my favorite) is to remove the ability to buy content entirely. I like this option because I think half a loaf is better than none. At least this way you’ll be able to read ebooks.Unfortunately, this option would irritate too many users, so it’s out the window.

They could pull their apps from iOS entirely. Some will do just that, but most simply won’t be able to. iOS is too important a platform to simply ignore it. Then again, most of the major ebookstores are ignoring Symbian (another major platform), so I could be wrong. But abandoning iOS would hurt.

At this point the only option left is to add the in-app purchase – with a twist. They can let the user buy from both, but also give them some type of reward for going outside the app. Amazon are the only ebookstore without a rewards program right now, but it wouldn’t take much to add it.

They can also add a checkbox under the settings menu that will automagically send the user outside the app to buy an ebook. I like the checkbox idea because if I have to choose every time to leave the app I won’t want to bother. It’s too much hassle. 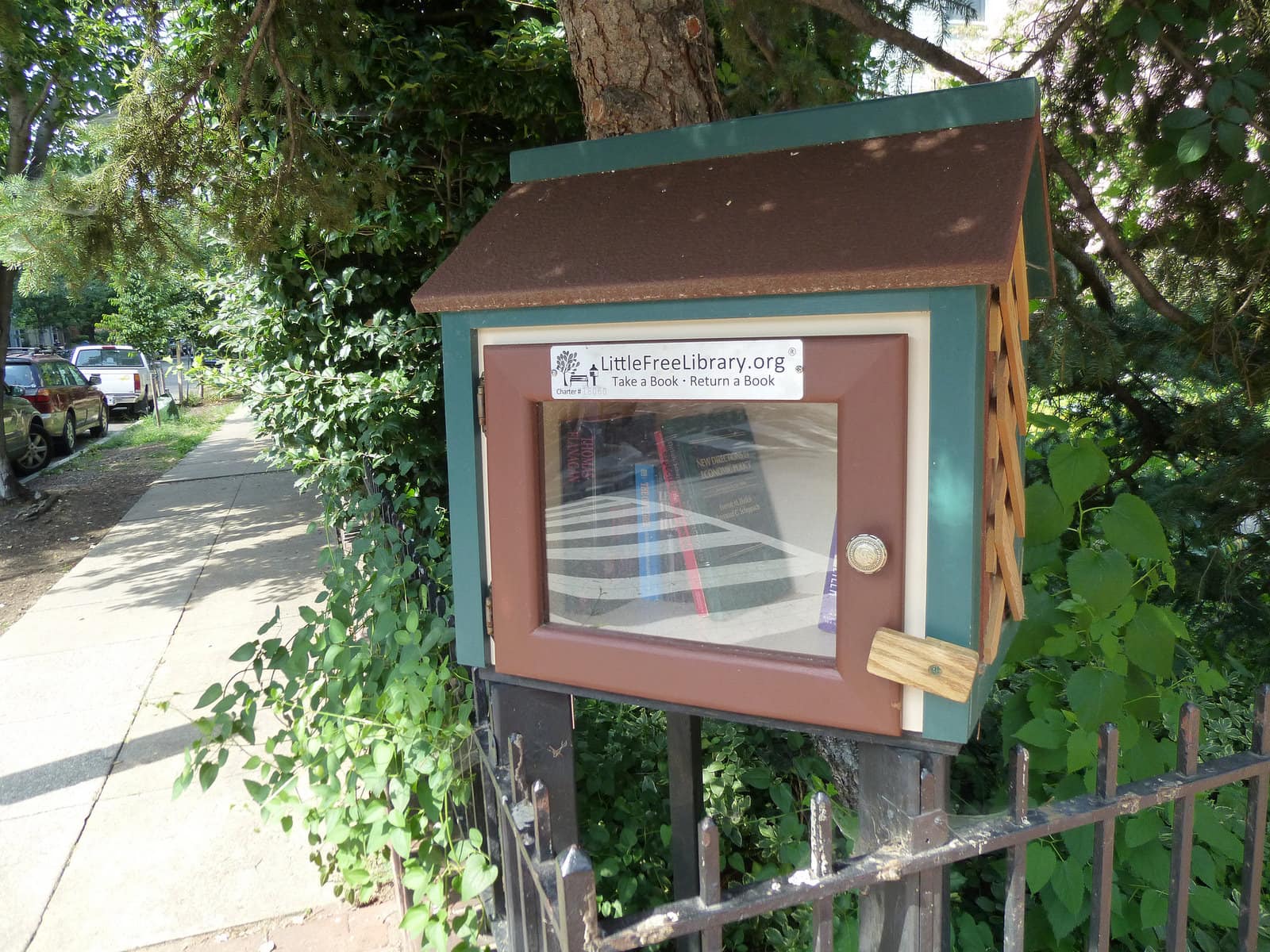 No. I’ve already been told that in-app prices must match out-app prices, so even a Rewards program smacks of favoritism of the type even Amazon won’t stand for in the voracious price-matching it does with Kindle books.

Slate suggests a web-based Kindle reader. That won’t fly. How do you still BUY books?

I say BITE THE BULLET AND DUMP iOS. Let customers complain to APPLE about it and Apple will CAVE.

Mark my words: There is coming a day when sales will be HIGHER for Android and webOS devices than for Apple. Apple has slit its own throat with this move. Only eejit die-hard Libertarian morons side with them on this. And we see how much real power *they* have. Most Americans are level-headed and see this Apple move for the disgusting greed grab it is.

You are not exactly going out on a limb by saying there will be more Android devices than Apple device someday.

Yes, I am. Because at one time people thought Microsoft would dominate everything, and even crush Palm with Pocket PC. That never happened. Now Apple thinks it’s the new Microsoft, monopoly-power-wise.

The trend has been clear for some time with respect to smart phones, so why not tablets. Analysts speak of the trend on CNBC all the time, and quite frankly APPLE doesn’t care about the lower end of the market.

I think you missed one of the major parts of this story. According to Wired, which got the story from Ars Technica, Apple has told Sony that customers cannot access any content purchased on any other Sony Reader devices. If that’s true then Amazon’s "buy once, read everywhere" strategy has just taken a big hit as well as their profits.

The first thing I think Jeff Bezos, the Sony CEO and the B&N CEO have all probably already done is to give the head of the FTC a call. This behavior is not only blatantly anti-consumer it’s also probably illegal.

Because this agreement is so blatantly anti-consumer I think Amazon, Sony and B&N can actually get away with disabling functions on their iPad, iPhone and iPod Touch apps and pinning the blame on Apple. I think (or at least I hope) consumers are smart enough to know that this is all Apple’s fault.

I did see that but I don’t believe it. If it’s true then the apps will be pulled from iOS no if-ands-or-buts. At the very least Apple will be forced to drop that one condition.

But thank you for mentioning it.

>>>The first thing I think Jeff Bezos, the Sony CEO and the B&N CEO have all probably already done is to give the head of the FTC a call. This behavior is not only blatantly anti-consumer it’s also probably illegal.

FTC: And tell us, Mr. Bezos, can your Kindle read ePub and buy books from others?

Bezos: Forget I ever called.

Just another reason not to go Apple. It was bad enough Amazon buckled under to the "agency method" (which might be illegal) but if they buckle under to Apple, bye bye Kindle and its DRM. I’ll give my Kindle away, maybe sell it, but get rid of it someway.

On my site I’ve proposed that Amazon & co merely add a difficult-to-find in-app option to their apps. They’ve technically offered the option – but it’s hard to find. Of course, Apple can reject the app (again), but that just adds to the PR disaster.

It might be a problem for the others but I’d be surprised if Amazon hasn’t kept some leverage via its licensing of its 1-Click technology to Apple. I think it was only extended to the iTunes store a couple of years ago so it would be surprising if Amazon’s lawyers hadn’t extracted some quid pro quo that would help Amazon’s rights re: the iTunes store. Won’t help the others, though.

Excellent point. I didn’t know that.

Would these new rules stop a person from going to Amazon.com and select send to iPad when one buys a book?

What the e books retailers need to do is start to wage a public campaign against Apple. If what is written above is true (all of this needs to be confirmed), the average consumer will never be aware of it. Once people know and have their favorite apps shut off because of Apple’s greed, then the backlash will happen.

It’s so fun to watch this industry develop.

I don’t think it’s necessarily evil for Apple to want a cut (although 30% is a bit over the top).

The rules seem designed to force the reader apps *out* of the iPxxx without banning them. After all, given "agency pricing", what they are demanding is all the profits that supporting iPxxx devices might generate and more.

If the apps comply and maintain current pricing, a certain percentage of their sales (probably large, given the nature of the iPad customer base) will be subject to a 30% tax that will eat all their profit. Eventually iPxxx reader apps becomes a public service and cash transfer to Apple. It’ll probably cost more to maintain the apps on iOS than the revenue they generate.

If the apps comply but raise prices, even explicitly listing the Apple Tax, all it does is make iBooks cheaper even at their high current price-fixed levels. Apple wins and over time the iPxxx customer base becomes all iBooks.

If the apps disallow access to externally purchased content, such as books bought on Kindle, Nook, or on PC… Well, what’s the point of a reader without content, right?

If the apps comply, the apps will have to funnel all profits to Apple or be uncompetitive on pricing. If they don’t comply, they’re booted. (And an upcoming update will no doubtedly make existing versions cease to work.)

What Apple is saying is that, come June, the only reader app allowed on iPxxx devices will be iReader.

So, yes; calling the FTC and the trustbusters is appropriate as this is *classic* anti-competitive behavior designed to force out *all* competitors.

In a way, this could be a blessing in disguise for those opposed to agency pricing. Right now they benefit from Apple’s introducing the agency system and the apps for iOS from Amazon et al. But if Amazon et al. drop iOS apps, that leaves only the Apple bookstore and we already know that most iPad users do not buy ebooks via the Apple bookstore. That could cause a significant drop in revenue for the agency group, especially if Amazon et al. start really pushing (marketing) non-agency ebooks for all other platforms.

I’d like to see them build a HTML5 based web app and do all their business that way.