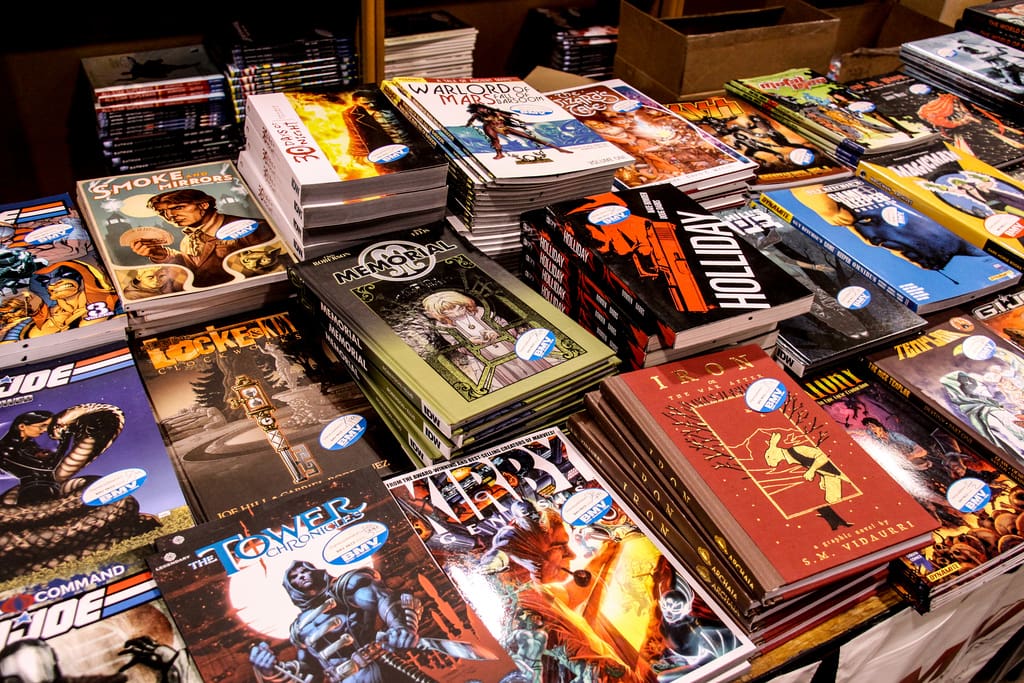 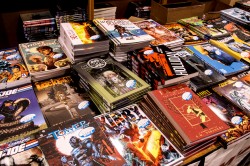 Amazon and Comixology may be getting all of the press attention right now but there’s more to comics than one mid-sized retailer.

Many different companies, including Apple, Google, Kobo, and Amazon, sell digital comics in their ebookstores, and if you don’t mind being restricted to a mobile devices (Android, iPad, or iPhone) you can find many competing indie comic apps like Madefire, Thrillbent, etc.

What with the Humble Image Comics Bundle giving me a sudden interest in reading comics on my laptop, I took a few hours yesterday and today and put together some useful info.

In the course of writing this post I have learned that there are anywhere from fourteen forty comic book formats in use today. Some of them, including the formats used by Comixology, Kindle, iBooks, and other retailers, are proprietary and so I won’t mention them here.

And there are other formats which I see in the supported format list for a few of these apps which I have never heard of. I do not think they are in common use in the US, but obviously that’s not the whole of the world.

The 4 formats I have encountered are:

Of the 4 formats, PDFs are the easiest to read.

The most difficult format to read is Epub, and it should be avoided. While Epub is used by Apple, Kobo, Google Play, and other retailers to sell comics, all of those retailers use their own apps to read the ebooks they sell, and none of which work reliably on a PC to read a comic which wasn’t bought from them (at the time I wrote this post).

I tried NookStudy, Adobe DE, Calibre, and Readium (a Chrome browser plugin). They were all able to open the Epub but all failed at readability. Either the page images were too small or the pages images hung off the bottom of the screen.

CBR and CBZ are two formats most often associated with digital comics. They were named for the compression tech used to create each type of file (Rar and Zip). most of the time these files are little more than a folder full of page images. These files require a special app in order to read them.

If you have a choice between downloading a the four format listed above, I would get a PDF.

PDF may technically be a printer’s format and not a comics format, but it is still the most widely used document format, and that means this is the one format which you know will work on everything. After all, who doesn’t have a copy of Adobe Reader?

After telling you to download PDFs, I suppose I could simply end this post with the simple recommendation that you use Adobe Reader. But that would not be of much use to those who had already downloaded a CBR or CBZ file, so here is a list of apps and download links.

If you want a recommendation, try MComix. That app is a little old but it worked the best for me. Honeyview also worked okay, but it didn’t want to keep a consistent zoom after I turned the page.

For some readers there’s a certain nostalgia to reading a paper comic book and flipping the pages, but for one reason or another this blogger has never had the time, access, and funds to get into comics (not all at the same time, anyway). I’ve always gone digital. 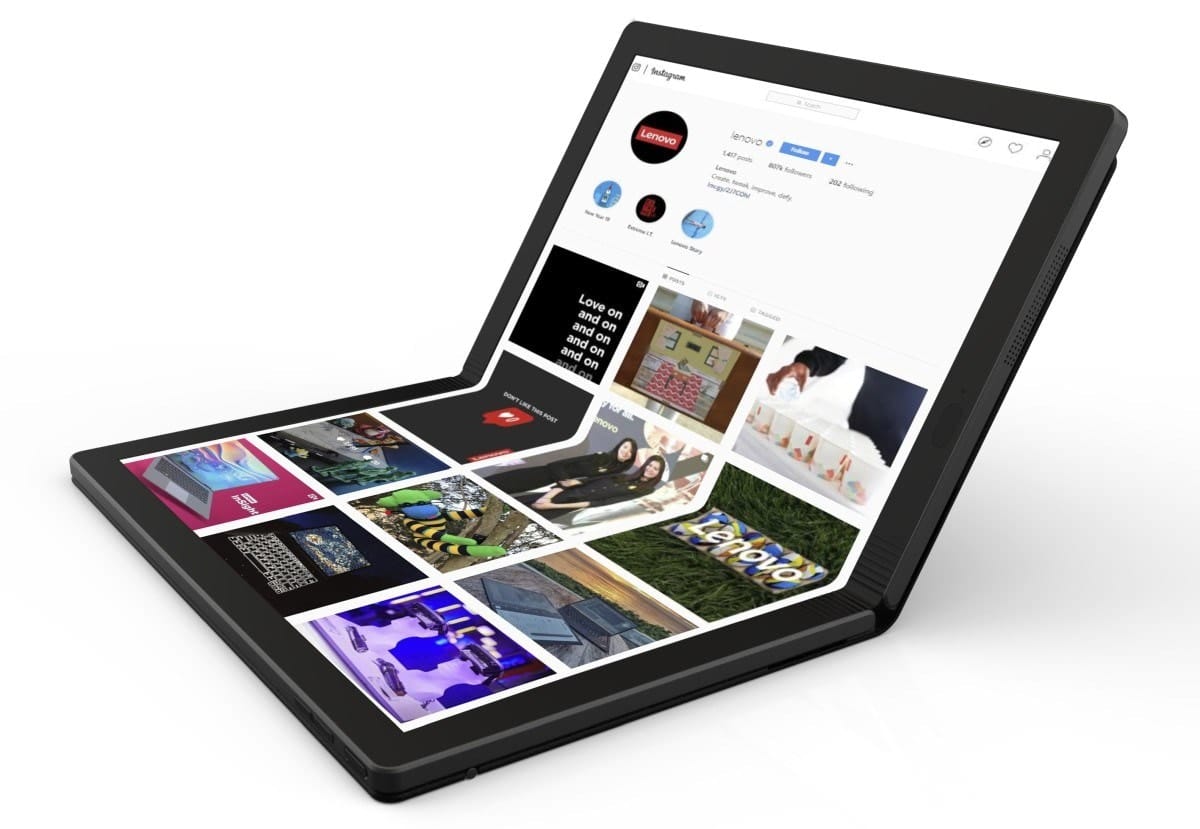 A point about cbz/cbr formats: if you change the extensions to zip/rar respectively, they can be extracted into the included folder of images and viewed by any image/slideshow viewer app. Including Windows built-in image viewer.
No special app needed then.
Cbr/cbz are popular because anybody can make them, everybody can read them.

I couldn’t agree more with fjtorres. For digital comics, which are basically a collection of images in a container file, the simplest and most flexible format is CBZ.

Zip compression is supported by every programmation language in the world, making CBZ support very easy when writing an application. And anybody can open and edit a CBZ file as zip files are natively supported by most operating systems.

PDF adds unnecessary complexity (once again, I’m talking for comics only), the only advantage it could have over other formats being the metadata you can embed. But I have yet to see a PDF comic file with meaningful metadata in it.

As for reading digital comics and ebooks on Windows, my reader of choice is currently Sumatra PDF. It supports a wide range of formats (including CBZ, CBR, epub and as the name implies, PDF) and is very lightweight.

PDFs win over CBZ becasue of the smaller file size and the familiarity and ubiquity of the reading app. It’s the one format which we know will work everywhere.

And thatnks for the tip about Sumatra PDF; I’ll add it to the list.

I can understand why you would prefer PDF as this is indeed a format everybody knows and is capable of reading (whereas CBZ, although being technically simpler, is quite an obscure one).

As for the size, my files after conversion are usually 2-3% bigger, so it does not bother me.

"Of the major retailers, only Comixology enables you to read comics on Windows"

I don’t see Win8 apps as being Windows apps – not until they also run on Win7, Vista, and XP.

Slightly outside the scope of this article, but the bundles and digital downloads are also available for those of us who use Linux derivatives, too. And the same issue with formats exists there, with the necessity of snagging a viewing application.

For folks who choose to stick with PDFs, for whatever reason, would be better served to go with a more robust reader than the default Document Viewer. Out of the ones I’ve tried, Okular (http://okular.kde.org/) seems to be one of the better choices. Its designed for KDE flavors, but most versions will also run it with the right libraries. Acrobat is also available for linux, but they seem to have quit porting it around version 9. Plus I found it bloated and slow when I tried it.

For CBR/CBZ, the best reader I’ve found is the app Comix (http://comix.sourceforge.net/). Dev seems to have stalled back in 2009, but other than trying to integrate directly with digital stores, once you get the basic loading and displaying of images down and execution stable, there’s not a lot else you really need to add. And I’ve found the app zippy and responsive even on positively antique hardware.

As far as Windows apps go, I’d also suggest adding FoxIt reader to the list, for those sticking with PDFs.

I use ComicRack both on my PC and Android tablet, it’s certainly being currently updated, don’t know if the last update was two months ago for the Windows application.