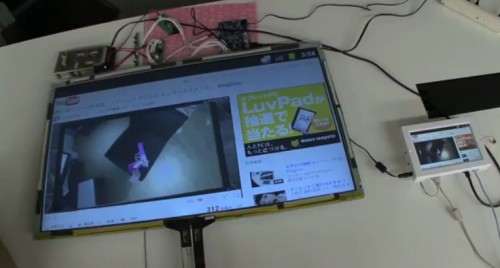 Diginfo came across this concept multi-touch display this week. It’s technically not a tablet, though, and it’s still just a concept. This is designed to be a wall mounted sign, and the touch screen is included to users can interact with it. The CPU is in the small unit on the right, and it’s connected to the 32″ display with HDMI (video) and USB (touchscreen).

The display was developed by SKR, a Japanese company. They are working on a number of screen sizes, including 23″, 32″, and a 46″ model. They developed the screen driver themselves, and they plan to have it out by September.

It’s being developed for the commercial market, so it will probably be very expensive. But wouldn’t you just love to play Angry birds on it?