So Barnes & Noble launched their new Nook Touch yesterday with a round of press briefings in the afternoon.  I wasn’t there, sadly, and I didn’t even find out there were any briefings until after they were over.

Naturally this pissed me off, and I kept politely bugging B&N until Mary Keating told me why:

The reporters invited to our launch were asked to honor an embargo. Given your continued "leaks" we didn’t feel you would honor our embargo.

Hehehe. I’m putting that on my trophy wall.

The thing is, folks, B&N has never ever asked me to honor an embargo. Never. Not once. Nor have they ever given me any info with even an implied understanding that I should hold the story until a later date. And they haven’t even gone so far as to ask me to not run a story. So they have absolutely nothing to base this snubbing on.

And in case you’re wondering, I have honored embargoes from Sony, Pocketbook, Kobo, as well as companies that I can’t even name (the stuff is still embargoed).  I can keep a secret, provided someone asks me to do so. B&N never even asked, not once, so they have no valid reason to think I cannot be trusted.

The only reason that I can see for them to exclude me was that I write stuff they don’t like. The Nook Store security leak story from last month would be a good example, or the Nook Color Acclaim, the November Nook Tablet launch, Nook Audio, or the leaked signage from earlier this week.

To put it simply, I’m too fucking good at finding out stuff.

I can live with that.

I will happily stay the outside gadfly. I’m going to keep getting the stories no one else does, and in exchange I will have to give up the nearly identical launch day stories that all blogs write. I am happy to make that trade.

P.S. For the longest time I’ve wondered if  there were companies who had a policy along the lines of "Make sure Nate doesn’t find out this secret" (referring to me by name). Clearly B&N is heading in that direction, and it is a testament to my abilities. 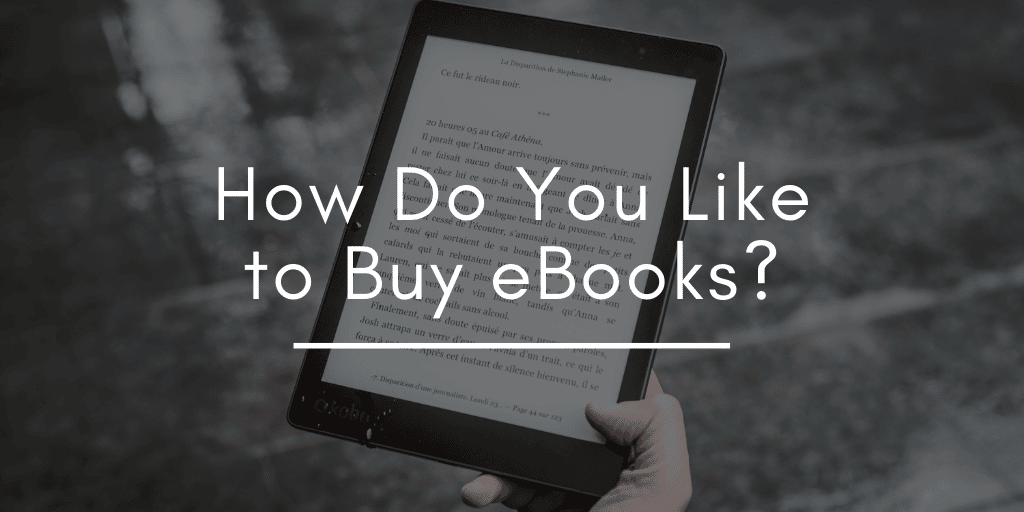 You Tell Me: How Do You Like to Buy eBooks? 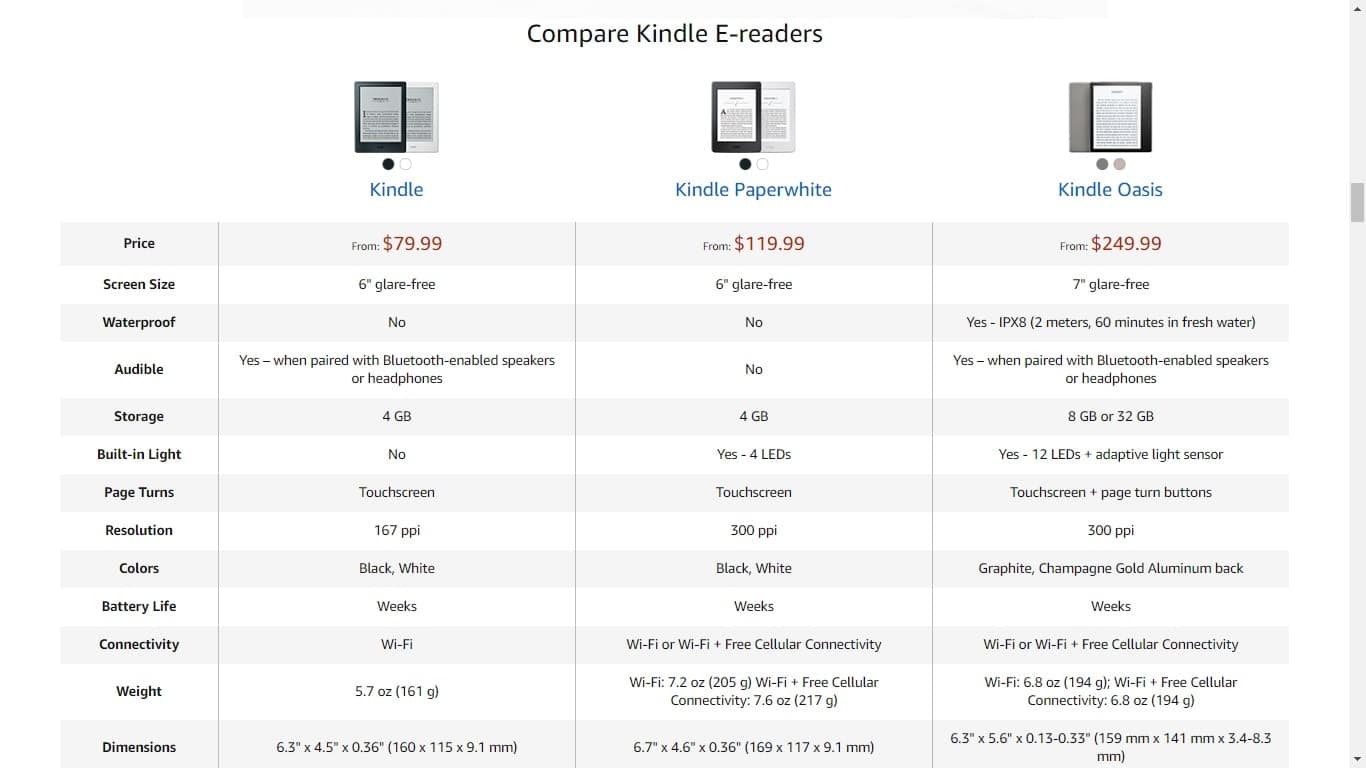 Something is Happening to the Kindle Voyage

Bah! That’s no trophy. A trophy is doing a post pointing out all the Shit Lists you’re on. I’m on just about ALL of them. And that’s *without* breaking any embargoes or publishing any leaked info. Just for telling the damn truth.

Yes, but about half the lists you are on are honorary appointments. You enjoy it so much that your fans did you a favor and put you on shit lists.

Well they better stop that. I want to earn my damn placements!

If you attended a publishing conference and got into a screaming match, that would probably get you on any number of lists.

Unfortunately, it would be speaking invites. Which idiots still ask me if I’d like to do. I’d sooner gargle with razor blades.

Do It! We could sell tickets! With just one engagement a year you could probably retire.

Would you have attended, if invited? It’s a long way to travel for a Glowlight.

"The only reason that I can see for them to exclude me was that I write stuff they don’t like."
BINGO! That’s the proper translation for Keating’s catty, BS explanation that would clog up the healthiest of Babel Fish. 😀 Keep afflicting the comfortable, Nate.

To be fair, BN has never asked for an embargo on invitations before this one either.

I think you are right Nate. And if going to this event means that you have to write shit like your "competition" than I am glad that you are not invited.

I must quote line from Good e-reader blog:

They brought me outside, by the pool, to show me how the new Nook looks in bright sunlight, especially when compared to other products. They had the Amazon Kindle Fire, Apple iPad and Kindle Touch available as benchmarks. It blew them away, easily. It was the only one you could see the screen without problem.

I asked on his blog how is it that Nook Touch is only one you could see without problem when Kindle Touch have same screen?!

This girl we sent has had NO Prior e-reader experience, she went into it blind. She had never used one before or seen this many devices. This was an honest impression. Side by side the Nook Simple Touch is WAY better then the Kindle Touch. It has made more lists of best e-reader out there then the kindle.

Now I am asking how can anyone take seriously opinion of somebody who write that and present itself like expert on e-reader’s? I could understand that he wrote about supremacy of new Nook in low light, better software or something else, but to say that about visibility in direct sunlight it is just plain nonsense.
That is stuff that have never happened with Nate or other people that write on Digital Reader, there can be subjective opinion on this and that, but I always know that it is honest opinion of someone who knows what he is writing about.

I did see that post, but I only got as far as the mention that she was a freelancer, one that I’d never heard of. It wasn’t worth reading after that. I’d read a dozen different stories already.

The new nook has a built-in anti-glare screen protector, so yes, it probably is more viewable in direct sunlight than a stock Kindle or Nook ST unit. I haven’t seen one yet to confirm this, but I wouldn’t jump to the assumption that the reviewer is wrong or dishonest.

It’s a bit of an apples-to-oranges comparison, a Kindle with a good 3P screen protector installed should give you the same benefit. But I doubt Barnes and Noble would have installed third party add-on accessories on their comparison unit.

Tell ’em Nate! You don’t need their "stinking invitations". You publish what we consumers need to know. We we love you for that. As always, keep up the good work!!!

[…] I wrote a post late last Friday night in response to an insulting email from B&N. I was a little ticked that B&N could be so […]

[…] B&N launched their new Nook a week and a half ago, and as I am sure you know I wasn’t there to see it. Luckily for me the demo units have started arriving in stores.My not-so-local Barnes & Noble […]