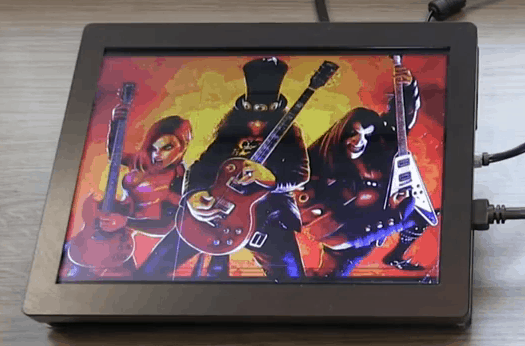 There’s an article over on the Quartz website that has been getting a lot of attention this last week – much to my dismay.

The article, which is titled Amazon is working on displays that Apple and Samsung can’t match, spins out a fairy tale what-if scenario which ties together Amazon’s past marketing spiels with the purchase of Liquavista and tries to convince us that Amazon is working on a Wunder-tablet with an amazing screen.

I read the article when it came out, saw the numerous holes in it, and I was hoping that it would simply die. Sadly, that didn’t happen. Since the article is still being shared a week later, I decided it was worth my time to debunk it.

So what’s wrong with the article?

When Amazon unveiled the unique display panel of its Paperwhite Kindle e-reader, it revealed two impressive facts: The first is that Amazon’s internal hardware engineering team is more sophisticated than Amazon’s line of decent but not so revolutionary tablets and e-readers would suggest. The second is that the company had been incubating the display tech in the Paperwhite for almost a decade. This second fact is right there in the promotional video for the Paperwhite display, in which Jay Marine, vice president of Kindle at Amazon, says “in many ways, we’ve been working on this for 8 years.”

How exactly do we know that the statement in that promo video is factually correct and not simply written to make Amazon look good?

I’m not trying to be rude, but I do want to remind you that marketing departments exist to tell everyone that the product they are pitching is the most amazing and wonderful and unique invention EVAR.

They will say this even when the product being pitched was copied from a competitor, rebranded from another company, or even if a competitor’s product had the same features. That’s why you listen politely to the claims but you don’t accept them as fact.

On a related note, that Quartz article also misinterpreted the promo video. The video mentioned above talks about how Amazon has been working towards the KPW ereader for the past 8 years, not working towards the screen tech. That is a subtle but important distinction.

And that’s just the first couple mistakes made in the Quartz article. It then goes on to draw simplistic and wrong conclusions to its own questions:

Liquavista’s technology has been around forever, in technology terms, having first been revealed in 2003 in a paper in the journal Nature (pdf). At the time the company was owned by Phillips, which spun off Liquavista in 2006, and then sold it to Samsung in 2011, which subsequently flipped the company to Amazon just two years later.

Why would a company in possession of a promising, power-sipping, full color display technology get passed around so often? One answer could be that none of the companies that owned it had any idea how to make the technology compelling when compared to bright, backlit LCD displays, which are a mature technology that looks great pretty much anywhere but in full sunlight.

Or maybe Phillips didn’t want to bring to market all of the dozen or more screen technologies they spawned during that period. I know of at least 3 different screen tech spinoffs from Phillips during that era, and there’s probably more.

Seriously, research firms come up with new wrinkles in screen tech all the time. Much of it never gets beyond a few papers presented at a conference, so the fact that Phillips spun out Liquavista, Polymer Vision (flexible E-ink), and the 8″ screen used by Irex for their ereaders is frankly unusual.

And as for why Samsung bought and sold Liquavista, that question has a pretty simple alternate answer. Samsung needs to make screens as pretty as Apple’s, and Liquavista can’t do that. That’s really just my opinion, though TBH it is merely a different way of saying one of the arguments in the Quartz article.

After spouting marketing spiel as fact and jumping to the wrong conclusion, the Quartz article proceeds to put 2 and 2 together and end up with 5:

Enter Amazon’s light guide technology, which already makes the Paperwhite display bright and high-contrast. Overlaid on a color panel like the one developed from Liquavista, the potential is obvious: The result would be a fast, bright, high contrast display—but one that uses a quarter as much power as an LCD panel. It would also, in the parlance of e-reader true believers, be “easier on the eyes” because it’s a reflective display, like paper, rather than a back-lit one, like a television.

How exactly do we know that this is Amazon’s tech and not tech developed by E-ink? Oh, right. The promo video said so.

The Quartz article then goes on to describe an old rumor as fact:

This means there is no way of knowing when, or even if, Amazon will unveil a reflective, full-color display of its own devising. Amazon has demonstrated in the past that it will go as far up the technology pipeline as it needs to in order to accomplish its goals, and even once considered getting into the business of making its own microchips.

That link leads to a post that speculates on the unsubstantiated rumor that Amazon was going to buy TI’s Omaps division. That event never happened and there is zero solid info to suggest that the rumor was even remotely true, so in no way can anyone claim that Amazon "once considered getting into the business of making its own microchips."

This post is now reaching a thousand words, so i will cut it short.

Frankly, I am amazed that the Quartz article is getting any traction at all. There were so many things wrong with it that I really should not have been the only one to notice.

Let me end with this:

The Quartz article wants you to believe that Amazon will use a Liquavista screen in a tablet. I seriously doubt that will happen. As I have shown you in the past, the current generation of Liquavista screen tech is not capable of offering a color quality that matches current LCD screens. As you can see in the following video, it looks washed out or faded.

I seriously doubt that there is anything Amazon can do to make that screen tech look less faded, and that’s why I don’t think this will ever show up in a tablet.

I expect to see this show up in ereaders, not tablets.

Nate, maybe Amazon will or maybe they won’t. But the fact that the article has generated so much interest shows that people are SICK of LCD screens hurting their eyes and want color eInk displays for their eReaders, tablets and heck – even (and especially) laptops. Such articles basically gives us HOPE. We would love someone like Amazon take color eInk to the next level and make it available for us. We can (initially) forgive some imperfection or even quality in order to make our digital reading safer. We expect the editor of TDR to support such articles, not discourage them.

If people really were sick of LCDs then there would be more devices out there with Pixel Qi screens (a competing tech that achieves the same goal).

If people really were sick of LCDs then Apple would have put a low power screen on the new iPad rather than a high resolution screen (or at least offered one).

Sorry, but the market disagrees with you. Most people aren’t nearly as sick of LCD as they like to think they are.

Good, screens like the ipad are awesome but this Liquavista certainly does not seem at all bad. Much better than the E Ink Triton. The colors look brighter. Many people sacrifice quality for increased battery and readability in the sun. Hopefully next year at the latest we see a kindle Liquavista 10 ".