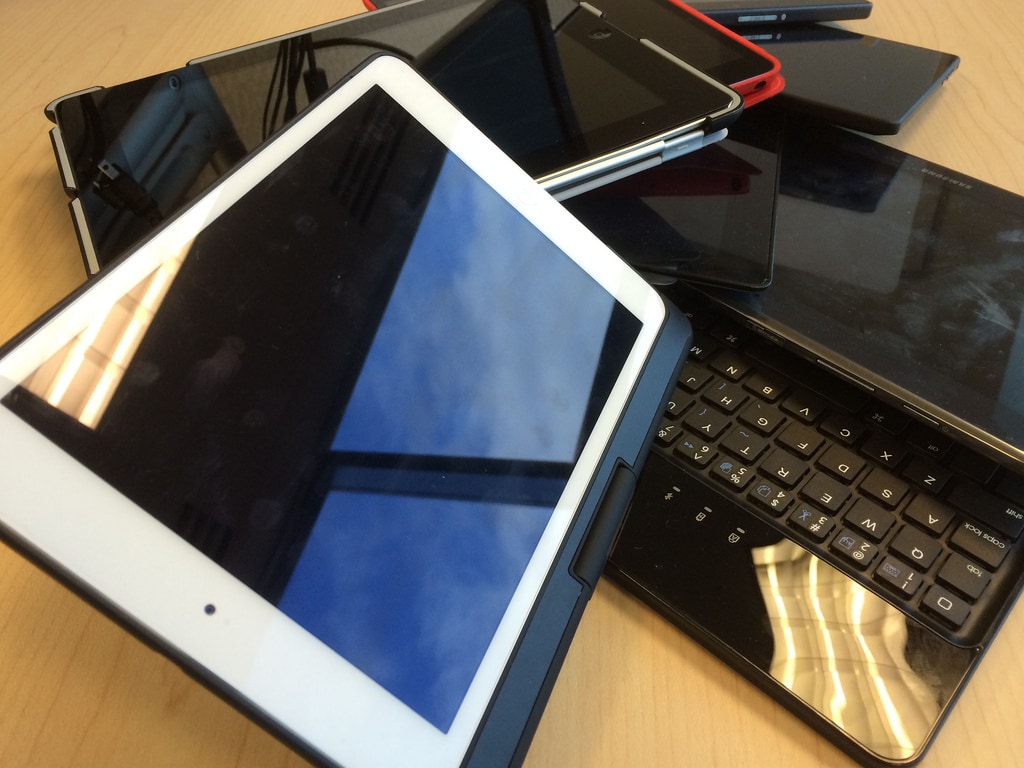 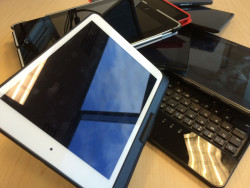 IDC has a new report out this week which shows that global tablet shipments dipped by 7% last quarter, but you’re going to have to take that number with a kilo of salt.

IDC attributed the decline to competition from smartphones and higher production quality. "Longer life cycles, increased competition from other categories such as larger smartphones, combined with the fact that end users can install the latest operating systems on their older tablets has stifled the initial enthusiasm for these devices in the consumer market," said Jitesh Ubrani, Senior Research Analyst. 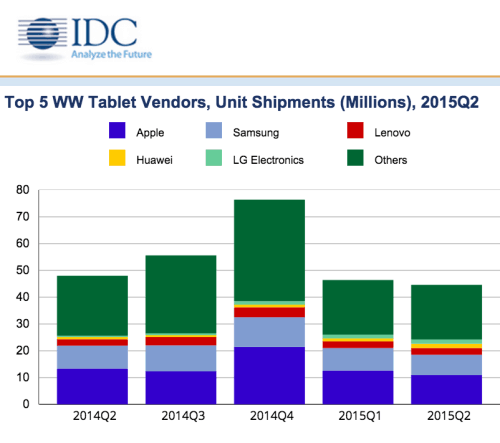 Ubrani expects that new designs will boost sales: "But with newer form factors like 2-in-1s, and added productivity-enabling features like those highlighted in iOS9, vendors should be able to bring new vitality to a market that has lost its momentum."

He could be correct  in his prediction of how the market will turn around, but I don’t know that we can be sure that the market is actually in decline.

The problem with these figures is that while they include both standard tablets like the iPad, as well as 2-in-1 machines like the ASUS Zenbook and Surface tablet, they don’t include smaller tablets. IDC has told us in the past that they exclude sub-7″ tablets like the Fire HD 6, so their estimates are at best an incomplete view of the tablet market. 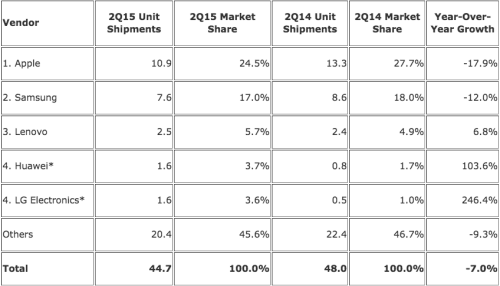 Saving Barnes & Noble from itself: The DRM angle

Apple doesn’t lead the pack. "Other" leads the pack with darn near 50% of all tablets sold – whoever "Other" is and in what proportion.

Other is represented by "white box" devices with limited features, many under $50 and some basically toys for kids. Moreover, IDC has a history of padding the "other" category to try to make it look like Apple is losing market share. (When you can’t even identify what the "others" are, yet claim they are selling a majority of market share, your numbers are suspect.) Presumably, none of those others have even 2% of the market individually.

So, yes, Apple is the leading maker of tablets. Not to mention it has the vast majority of profits and use statistics (like internet browsing).

Even though Apple may not be selling half of tablets, they collects over 90% of the profits from tablets sales (a similar thing is happening with smartphones).

Since I have 4 tablets, and none of them are Apple, I shall continue to regard your Apple cheerleading as enthusiastic but not necessarily true.

Since I have 5 tablets, all of them Apple, you are already proven wrong. 😀