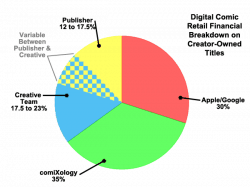 The following chart crossed my inbox yesterday (via eBookporn), and after I tracked down the original source and read more about the digital comics market I thought this was worth sharing.

There’s a larger version of the chart later in the post.

As you can see, creators and publishers have to give up two-thirds of the retail price to the retailer and the distributor.  In spite of the fact that it’s possible to bypass comiXology and work directly with the major ebookstores, no one does that. If this is correct then it suggests that comiXology has the same dominant position in digital comics that Audible has in audiobooks. 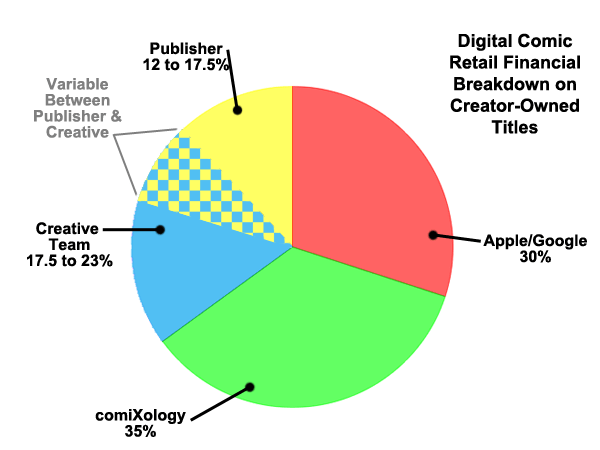 Here is a more detailed explanation from Jim Zub, the comic creator who put together the chart:

P.S. As bad as the split might be for creators of comics, it’s still better than the current situation for print (more details here). 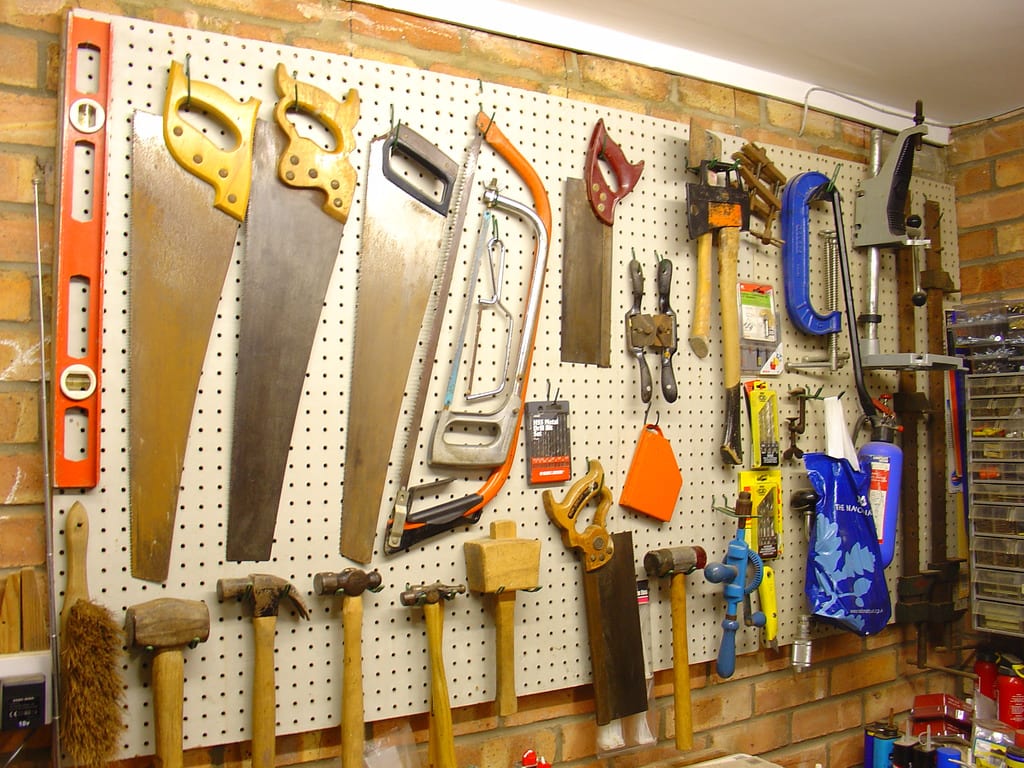 Ouch. Ouch.Ouch.
The Apple cut is obviously unavoidable but you would think Comixology would offer up the android client directly off their website.
For that matter, indie publishers should really be looking at direct publishing via the ebookstores. That would at least give them a chance at something resembling profits.

Considering comixology editions are locked to the app they are ripe for disintermediation.
I can’t see Disney putting up with that kind of split much longer.