Infringement Lawsuit Filed Over "The Shape of Water" 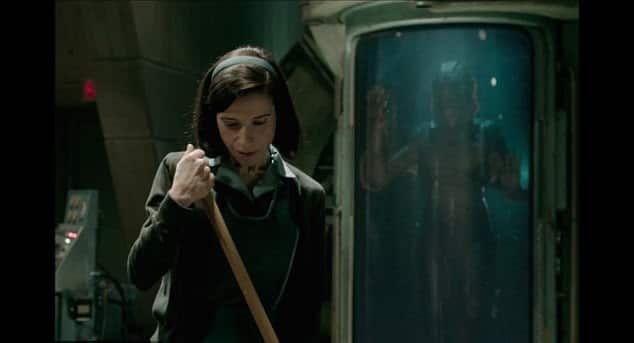 There used to be a time where the passing similarities between two works only interested academics and aficionados.

Now it is grounds for claims of copyright infringement.

The Hollywood Reporter brings us the news that Oscar-contender The Shape of Water is now the subject of a copyright infringement lawsuit:

With less than a week remaining before Academy Awards voting ends, Guillermo del Toro and Fox Searchlight are being sued for allegedly copying the idea for The Shape of Water.

The film, which tells an inter-species love story set against the backdrop of the Cold War arms race, is nominated for best picture and del Toro is widely considered the frontrunner for best director.

But, according to the family of the late Pulitzer Prize-winning author Paul Zindel, the fantasy story is a rip-off of a 1969 play called Let Me Hear You Whisper. David Zindel says his father’s work also depicted a lonely cleaning woman who works at a lab, bonds with an aquatic creature and breaks him out after learning authorities planned to kill him.

"Despite the glaring similarities between the Play and the obviously derivative Picture, Defendants never bothered to seek or obtain a customary license from Plaintiff of motion picture and ancillary rights to the Play, nor did Defendants credit Zindel on the Picture," writes attorney Marc Toberoff in the complaint.

Zindel claims his father’s work has not only been performed live, but is taught in schools and has aired on national television twice — and producer Daniel Kraus is a known "admirer" of the playwright’s work. He claims Kraus pitched del Toro the idea of "a janitor that kidnaps an amphibian-man from a secret government facility" after learning the director was looking to create his own take on The Creature From the Black Lagoon.

This lawsuit is baseless.

Not only are the similarities so slight as to be incidental, the claims made in the filing are actual bullshit.

But first, some background.

WARNING: A later section of this post contains spoilers for The Shape of Water. You might want to stop reading now.

Let Me Hear You Whisper is a 1969 stage play. Here is its official summary:

The action is set in the laboratory of the American Biological Association Development for the Advancement of Brain Analysis, where curious experiments involving various mammals are taking place. Helen, a newly engaged cleaning lady, is particularly drawn to a dolphin and is shocked when she learns that, having failed to "talk" as hoped for, it is slated for brain dissection. She makes a desperate attempt to rescue the dolphin from the scientists, incurring first their indignation and then, when the dolphin does indeed "talk" for Helen, their futile pleas that she change her mind about leaving and stay on to help them in their experiments. But the gentle Helen has had enough—both of "Custodial Engineering" and of schemes to change man’s relationship to the other creatures with whom the world must be shared.

You can buy the script on Amazon for a dollar, or you can watch the 1970 production on Youtube.

I read the play in high school, and I just bought a copy and skimmed it again, looking for similarities.

I also saw The Shape of Water in a theater; it was released a couple months ago.

It is a love story with a hard R rating set in a surreal Terry Gilliam-esque world. Yes, the love story focuses on a mute female janitor and a fish-man who is a test subject in a laboratory, but the movie spends almost as much time exploring how all four main characters (including the gay neighbor and a Russian spy) are fish out of water. The emotional response they have to the fish-man’s situation is presented as why the three humans help the fish-man escape the lab.

The actual overlap between the two works can be summed up as "female janitor helps test subject escape from lab".

The filing, which you can download over at Scribd, would have you beleive otherwise. (This is where things get fun.)

The lawsuit grasps at straws to prove a connection. It cites even the most innocuous details as proof, then goes a step further and invents similarities that aren’t there, and even admits that some of the "copied" elements were not original to the play.

For example, because apparently no one has ever worn a green coat in a movie or play before:

For the record, I thought the coat was brown, not green, but that really doesn’t matter.

What matters is that if this were a strong case for copyright infringement then they wouldn’t have to cite such a ridiculous example as the color of a coat.

Another laughable example of claimed infringement is how the secondary characters use scientific terms in both the play and the movie:

And then there’s the attempt to draw a connection between "lady fingers", a type of cookie mentioned in the play, and the scene in the movie where the villain’s finger is bitten off.

And that’s not even the best example of a ridiculous claim.

No, my favorite claim is:

Elisa’s dancing with the mop parallels the same Gene Kelly routine from the 1943 film Thousands Cheer, in which Kelly dances to “Let Me Call You Sweetheart” with a mop as his partner.

Yes, they’re arguing that because both the play and the movie had the main character using a mop in what could be an homage to a classic Gene Kelly movie scene, the movie must have copied the play.

There are any number of additional examples, including how the filing mischaracterizes several scenes in the play, but I have only so much tolerance for bullshit so I will leave it here.

This lawsuit is predicated on the idea that it is impossible for two people to come up with the same idea independently. It then goes looking for proof and can only cite the most basic of details, and it even has to invent connections that don’t exist.

The only reason this case was filed was that this movie is in the running for an Oscar, and a copyright troll is hoping that the studio will pay them off rather than fight it out.

Hands On With the 8″ Pocketbook InkPad

People have been making suits like this for a while because sometimes the situation is actually copyright infringement. It was filed now, months after the movie was playing because of the Academy Awards coming up soon and the hope that the studio will settle to prevent negative press. The claim is baseless and I hope the it gets dismissed.