The hot digital publishing story today is raising more questions than it answers. Inkling, a rich-content ebook platform, has bought a couple publishing imprints from one of their customers. Or at least that is what the press release says; I think there’s something else going on.

According to the press release Inkling has bought 2 imprints from Open Air Publishing: Betterbook and Ready, Set, Baby. These imprints have 11 titles between the 2 of them and account for all of the titles published by Open Air, including titles like Mastering Your DSLR. 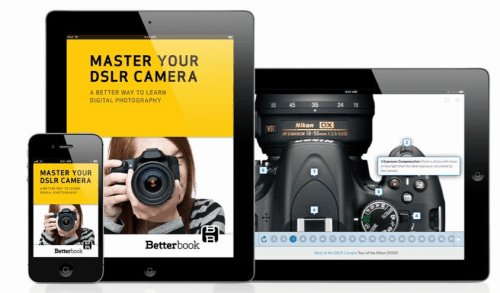 In other words, this is an out-and-out acquisition of Open Air by one of their distributors. There’s no word on how much money changed hands nor did anyone explain why this deal was struck, but that is not unusual.

I don’t think Inkling was interested in the content itself; they already sold the OAP ebooks. Instead, I think Open Air was acquired for their technical expertise.

This is an old trick – so old that it has a name: acqui-hire, and I can see a couple different ways it could be playing out here.

Open Air is known for producing high quality rich ebooks on the Inkling platform, but that’s not all they do. You can also find their titles in iBooks and as apps in iTunes, and that could be what Inkling is interested in.

It’s my guess that Inkling could be looking to expand to distribute content in more places than just their apps for iPad, iPhone, and (coming soon) Android. They could have seen the Open Air acquisition as a quick way to gain the expertise needed to reach new markets. Yes, Inkling is known for selling ebooks inside their app, but they are already talking about how publishers can use Inkling to sell content elsewhere (which is then redeemed in the Inkling app). What if Inkling plans to take their 3rd-party integration a step further and distribute outside of their own ecosystem? It would make a certain amount of sense, I think.

But even if Inkling isn’t looking to expand into new markets this could still be a case of acqui-hire. Inkling might also be interested in offering more production services to their existing publisher partners. In this case Inkling would likely plan to hire out the skills they gained in today’s acquisition.

Which do you think is more likely?

No text to speech in Amazon’s new Paperwhite Kindles: Why? To push us toward Fire tablets and boost Amazon-owned Audible?

The Pocketbook Touch Basic Ships in October, Will Cost $99 Euros (or Less)

Did you know that HTML5 has a [quake] tag?