Inside the Kobo Aura

Kobo’s newest ereader showed up on the FCC website about a month before it launched, but I couldn’t show you much at the time because the most interesting details were under an embargo.

That embargo expired a few days ago, and I can know offer you an inside look at the Kobo Aura.

Unfortunately I cannot offer a good look; the teardown photos posted on the FCC website are incomplete. They stopped before getting to the point of disassembling the screen and the front panel, but I did notice one interesting change. 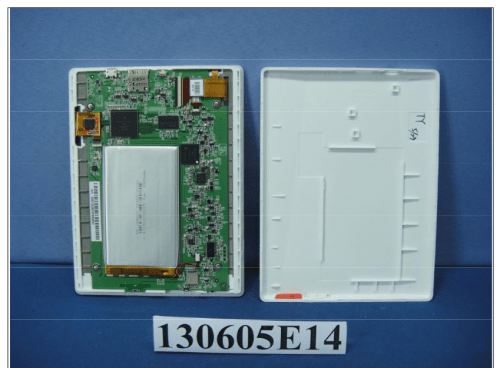 This ereader is expected to ship next week, with a retail of $149. It’s equipped with 4GB Flash storage, a microSD card slot, Wifi, and runs Kobo’s proprietary software on a 1GHz CPU.

Google Play – Not the Best Name, But Better Than Android Market