save for later service Instapaper launched a new feature today which promises to keep your Sunday mornings well stocked with reading material.

They have expanded upon the Flipboard-esque aggregation of Instapaper Daily, and launched Instapaper Weekly.

This is going to be a weekly email digest of the most popular Instapaper articles from the previous 7 days. Or rather, it’s a top ten list of the articles which had been saved and shared the most by Instapaper users over the previous week.

Like Instapaper Daily, Instapaper Weekly is built on the work of InstaRank, the ranking algorithm which was announced in September 2013. For the first time Instapaper started using the aggregate behavior of their users to help said users find the most interesting content to read, thus offering an alternative to simply scrolling endlessly through their saved items in reverse chronological order. 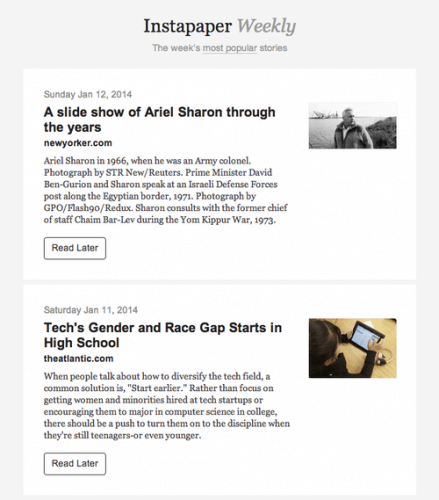 Instapaper Weekly is merely the latest improvement that has been added to the service since Marco Arment sold it to Betaworks in April 2013, and they’re promising it won’t be the last. In addition to Instapaper Daily, Betaworks has also released a couple app updates and a website update for Instapaper which added much needed polish and new features like background updates, smart sorting, and more. 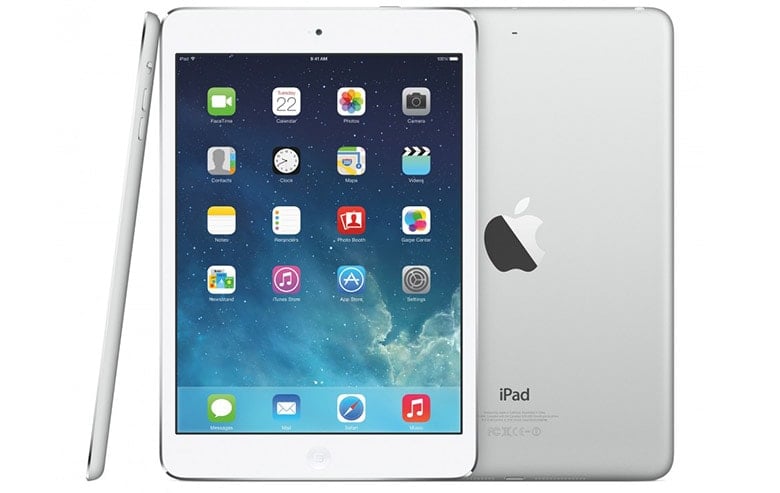