Japanese telecom KDDI announced earlier this week that it had invested in Gunosy , a 3-year-old startup. The amount of funding and the terms of the deal have not been disclosed, but sources have estimated that it was in the range of $12 million to $14 million USD.

Gunosy was launched by three University of Tokyo graduate students (Yoshinori Fukushima, Yoshifumi Seki, and Koji Yoshida) in October of 2011.The app is reportedly designed to help readers process a story within 3 minutes, and according to the iTunes listing it has 1.7 million users in Japan. 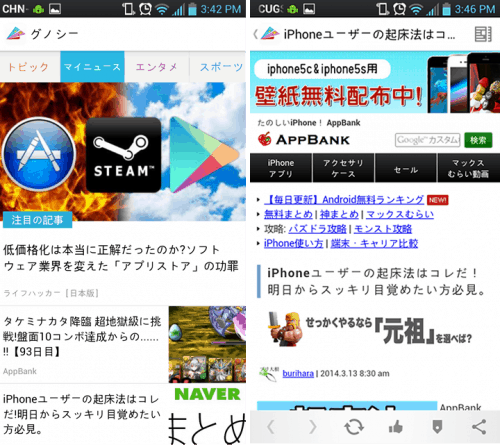 Its primary source of revenue at the moment are the ads and sponsored links which are placed before each summary or article. TechInAsia believes that this ad network, which launched in November 2013, is the main reason Gunosy raised such a large round of funding.

This is its 3rd round of funding, following a seed round from several investors including B Dash Ventures, as well as 2 earlier small funding rounds in February and July 2013.

Christmas Eve Open Question: Got a Question about your new Tablet or eReader? Ask Away!