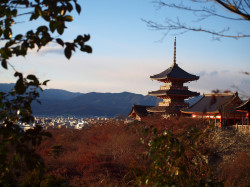 Subscription ebook services are popping up all over, including in Japan. Earlier this week CyberAgent, owners of the popular Japanese blogging and social networking website Ameba, announced that they were expanding Ameba’s ebookstore with a new subscription option.

Launched in September 2013, the Dokusho no Ojikan desu ebookstore has a catalog of around 4 million titles (according to one source) from major Japanese publishers, including Kodansha, Shogakukan, Shueisha, and many others. The new subscription service offers a much smaller catalog of 60,000 titles. It focuses on women readers and gives them the option of reading a large number of manga titles each month for a low cost. 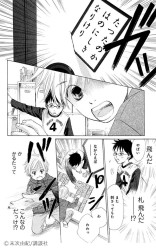 The service costs either 300 yen or 500 yen, with the lower price tier letting readers have up to 30 titles each month, while the upper tier boosts that to 42 titles. That’s not quite the unlimited reading experience offered by Oyster, but it is better than the terms offered by Germany’s Skoobe, which both costs more and offers fewer features at its lower pricing tiers. Ameba’s service is also slightly better than Kindle Unlimited, which limits you to only 10 titles at a time.

With lackluster consumer interest and numerous competitors, Ameba has its work cut out for it in Japan, but companies in other markets around the world are having a better go of it. From Russia to the US to Brazil, the number of companies launching or expanding their ebook subscription service has exploded in the past 18 months and so have the markets they are focusing on.

While some companies like Oyster in the US, 24Symbols in Spain, or Mofibo in Denmark are pursuing  readers of fiction, other companies have turned their attention to one or another niche market. Brazil’s Nuvem de Livros, for example, targets students and mainly offers academic and other content they would want; this service is expanding into the rest of SA and Latin America but still plans to keep its attention on students.

Russia’s Bookmate, on the other hand, is expanding internationally mainly in markets which are either underdeveloped or where piracy is prevalent. Bookmate partners with local telecoms to use their billing systems, including pay as you go plans, to pursue a customer base which doesn’t have enough money to spend to draw the interest of the major ebookstores.

And let us not forget Safari Books Online, the grandaddy of ebook subscription services, which has long focused on technical and professional books. And of course in the US we can find three competing services, Oyster, Scribd, and Kindle Unlimited (and in the future possibly a 4th service from Apple).

Many companies are jumping into the subscription market, but are they having any financial success? That is a question few are willing to answer, although to be fair it might be a little early to even ask.

With the exception of Safari Books Online, Nuvem de Livros, and Bookmate, most of the services launched in the past 12 months. the former has been around for a decade, confirming its financial viability, while the latter two have each revealed that they are seeing healthy growth. Nuvem de Livros even boasts a million student members, arguably making them one of the largest ebook subscription services in the world.

Some thoughts about copyright

Subscription model is also not free from the potential problem of Piracy.

In fact it suites very well the subscription model as manga is generally in serialized form with issues coming out once several weeks.

As for piracy concern – every distribution method will suffer, as the last resort camera + OCR will do it. So only legal consequences and ease of getting/using the paid content matter. As for manga fans getting it steaming hot will matter a lot.