Amazon launched the French Kindle Store this morning, and looking at the coverage there appears to be one little detail that a number blogs missed.

Along with the 35,000 french-language ebooks and nearly a million other ebooks, Amazon also launched a French-version of the K4. It will ship from Amazon.fr next week, and it comes with a localized version of the menus and on screen keyboard. It will also come with a dictionary and user guides in French.

The detail I found most interesting was that the K4 actually has 6 language options, and that when it shipped several weeks ago, it came with full support for English (US/UK), French, German, Italian, Spanish and Portuguese. And I don’t mean that the K4 has menus in these languages; Amazon have already written and released user guides and other docs for each language. There’s even a localized onscreen keyboard for each language which offers the appropriate custom characters for each language (scroll down for screen shots) as well as a dictionary.

Clearly Amazon are planning ahead for the launch of several local Kindle Stores. The language options make it pretty damn clear that the K4 will be the Kindle that Amazon will offer in each of the new markets. Of course, Amazon might also offer the Kindle touch, but I won’t know for sure until it ships.

To be honest, this isn’t that much of a surprise. It’s common knowledge that Amazon plan to launch Italian and Spanish Kindle Stores, so the language options are really just confirmation of what we already guessed.

On the other hand, the Brazil option was a little surprising. I had gotten a hint here and there that Amazon planned to enter that market, but all the hints I heard were vague and unconfirmed. This is the first real proof that Brazil is one of Amazon’s next targets.

BTW, I’m fairly certain that the Portuguese language option is intended for Brazil, not Portugal. That’s why the country name is included as part of the option. If the K4 offered an English (Australia) option, I would reach the same conclusion about that country, too.

The language options also give us a hint as to time frame for when the local Kindle Stores will launch. If Amazon plan to offer the K4 (and not the next Kindle) in new markets, then it would seem likely that the Spanish, Italian, and Brazilian Kindle Stores will all launch in the next 6 to 8 months. My guess is based on the assumption that Amazon will launch a new Kindle next year, and the event will happen some time between August and October.

Update: I’ve been reminded on Twitter that Amazon launched Amazon.es a few weeks back. This is true, but they didn’t launch a Kindle Store.

Click on the screenshots below to enlarge. Note the keyboard options.

—
To get more Kindle news, subscribe to the RSS feed or the daily email newsletter. 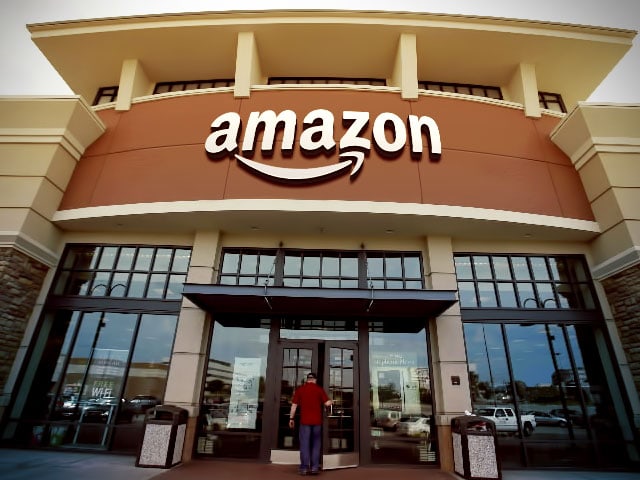 The only reason Kindle isn’t currently global is b/c of inventory management- they can’t make enough inventory for the whole world at the same time.

Since they can’t supply everyone, they are focusing on the markets where the competition (read: nook) is making the strongest inroads. That is why the the trend for Amazon lately has been to focus all of their inventory on the U.S. market first and backing away from international markets (Kindle w/ ads and Fire are not available internationally, last year international orders stopped before Christmas, etc.) where they feel they have more time.

The current move into the French market was likely precipitated by the new Bookeen, Kobo, and possibly the fact that Barnes and Noble themselves may be going there:

They’ll go to Brazil, etc. when and if they see strong competitors looking to take that market. Barnes and Noble may pull a fast one and go somewhere else or nowhere at all.

Incidentally- is Amazon still called Amazon in Brazil? I would think the government their would have reserved Amazon.br.

I definitely think they should rebrand the Amazon Fire there! That has terrible connotations.

Uh, the Kindle reader *is* a global product. Or as global as 170 countries counts for.

What Amazon is expanding gradually is the local content dedicated ebookstores.
The new readers, K4 and K-touch will also deploy globally as fast as they can feed the pipelines; competition or lack there-of doesn’t factor much into it. Size/maturity of ebook market does as does amount of local content, so NorthAm goes first, UK second, Continental Europe third, etc.
Just because the new readers aren’t being marketed on the local Amazon websites doesn’t mean they’re not headed there, just that they’re not being pre-announced like the US Touch and Fire.

There was a good discussion in the comments section of Mike Shatzkin’s blog about why ebooks are slow to take off in France. Difference’s in VAT are a big part of it.

Another thing that is directing Amazon’s efforts geographically is the location of their servers and cloud infrastructure. This will be more important with the Fire than the classic Kindle.

Something is going on.

Until now when you ordered Kindle 3 or K4 from Amazon.com from Slovakia or Czech Republic you didn’t pay import tax or Value Added Tax. The price of K3 is well above the limit that you can import without VAT. I do not know if Amazon paid VAT instead of us, but people were getting K3s for $139 + $21P&P

Now there are reports from people that ordered K4 that Amazon displayed info during checkout that they will charge VAT. The question is whether this VAT will actually be charged on CC. I will try to find out.

[…] 2 Comments · ebookstore news // Yesterday I posted about an interesting little detail buried in the K4′s settings menu. This morning Amazon did me the favor of proving my point for […]

[…] Spanish, and Brazilian Portuguese). And like I’ve said before, I think this means that Amazon will open local Kindle Stores in the latter 3 markets. (BTW, there is no local Kindle Store in Spain yet. Go look before you say there is.) click to […]

[…] This sounds like there is remarkable room for growth, and that is likely why Amazon is rumored to be looking at the Brazilian market. […]

[…] KPR it also gained support for DRM-free PDFs (most, anyway). The app also now has support for the same 5 languages as the K4 and the iPad app (English, French, German, Italian, Spanish, and Brazilian Portuguese). And even […]

[…] almost impossible not to happen. 18 months is an awfully long window of opportunity, and besides, Amazon already added support for Spanish to the new Kindle; they’re clearly planning […]

[…] the past I’ve shown you that the K4 had menus customized for 5 other languages, which was a sign that Amazon planned to launch local Kindle Stores in more countries. Today […]

[…] Brazil. I didn’t have much to go on at the time; all I was working from was gut instinct and new language support in the then latest Kindle model (the […]