Earlier today I posted over on eBookNewser about 3M Cloud Library. 3M will be demoing their new system at the ALA conference later this week, and today they announced that they’d signed a couple new publishers. They also announced that the new Cloud Library would go into beta this summer. One of their beta partners will be the Kansas Digital Library Consortium.

One detail I didn’t know at the time was that the KDLC had decided to end the contract with Overdrive and go with 3M. I had heard that the contract was up for renewal, and the KDLC weren’t happy about a price spike. But I didn’t realize that they were planning to _leave_.

The KDLC spent over half a million dollars on digital content with OverDrive, and they plan to take that content with them as the core of their new digital library (as provided by 3M).

What’s even more interesting about this is that the contract says they can because the KDLC owns the content. (Would you be surprised to find out that the new contract won’t let KDLC transfer the content?)

Of course, there’s no guarantee that they can get publisher’s approval. Do you remember back when Fictionwise and Overdrive ended their relationship? Most everyone who had bought ebooks from Fictionwise lost at least a few ebooks. The KDLC are probably going to lose a bunch of titles for much the same reason; publishers won’t let them transfer the content.

3M haven’t even launched the Cloud Library yet, and they’re already having a positive effect on the market. Ain’t competition grand?

image by The DLC

No One Talked E-readers at the WirelessEdTech Conference (Pt 1) 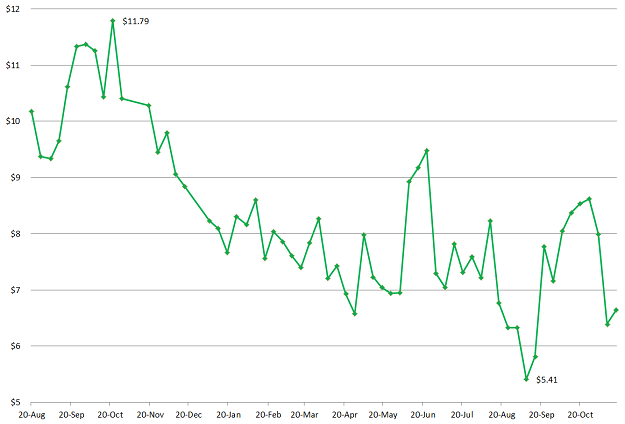 That’s what true free-market capitalism is all about.

3M, from out of nowhere*, is the Overdrive competitor many of us had been hoping for for a decade or more.

*Well, folks like Guy Gonzalez explained to me that, via RFID tags and such, 3M has actually been in the library market for a very long time.

Competition is great.
But… I’m a-wondering…
The Kindle library ebooks feature is a coop effort between Amazon and Overdrive.
It’ll be interesting to see what happens when Kindle users in Kansas try to get library ebooks.

They won’t be able to read them on the Kindle.

That would be expectation if 3m is working off TXTR tech.
That’s why I’m wondering what end user reaction might be like.

3M is also planning to have their eBooks be compatible with the Kindle. It may take slightly longer than it will with Overdrive, but Overdrive has no exclusive deal with Amazon on this issue.

[…] The Kansas state librarian (with the backing of the Kansas attorney general’s office) is termi… and moving their content elsewhere, due to contract language that suggests they purchased rather than licensed the content from OverDrive. […]