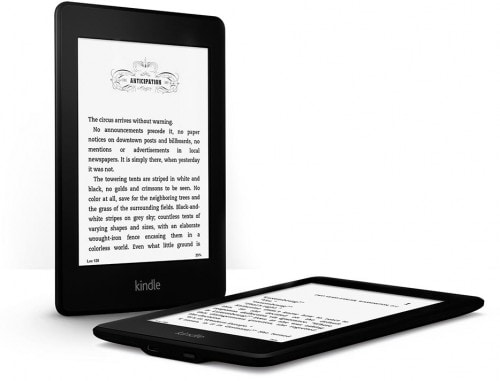 Have you heard the news going around today?

Amazon has confirmed the the new Kindle Paperwhite, which is not yet listed on any of the international Kindle Stores, will not be available in those stores until 2013. No reason was provided to me, but I’m pretty sure I can guess why.

I believe it’s not the content options, as one unreliable source has claimed, because the new Kindle Fire HD is launching in Europe within a reasonable time frame. No, the issue is likely a simple matter of supply and demand. It is my guess that Amazon is limiting the Kindle Paperwhite to the US because  they want to make sure they have enough. And if you’ve been tracking the delivery dates for the KPW, you’ll see that I could be right.

I ordered my KPW on the Friday after it was announced. My expected ship date is 16 October – a little over a month away. If you check the listing for the KPW, you’ll see that the current expected ship date is now 22 October. While a shift of 6 days isn’t terribly large, it does show that Amazon was right to be cautious about the supply issue. Had the KPW been available to the entire world, it would likely be backed up for several weeks (if not a couple months), not one.

To be honest, I don’t know if this is a demand issue or supply issue, but clearly Amazon is having the enjoyable problem of making sure they have enough KPW to sell. And luckily for the international buyers, this problem will eventually go away.

I would half expect that the KPW will go international some time in late November.  I don’t expect the supply bottleneck to last, and the current high demand is at least partially due to customers buying the KPW to ship to friends overseas.

In any case, the rest of the world will only be a couple months behind the US. That is a far better situation than with the Kindle Touch, which didn’t go international for a good 6 months.

via The Bookseller (paywalled, so don’t bother clicking on it)

$99 Nexus Tablet Tipped for "Emerging Markets" – Not the US

"A couple months behind the US" is a lack of vision in a global markets environment. Meanwhile, luckily for the international buyers, I can buy a Kobo Glo 🙂

They did the same with the KT last year.
Makes perfect business sense to focus production on the biggest, most competitive market first. Failing to meet demand in the (decidedly seasonal) US market means market share losses to the other walled-gardens since both B&N and Kobo are shipping front-light models.
Failing to do so internationally means…? Maybe losing sales to Hardware-players like Sony?
Triage.

I’m guessing they’re going to fill te US pipeline as fast as they can and quietly start building stocks for the UK so when they announce there, it will be immediate availability.

Oh, and yes; the likely reason for the Triage is pretty clearly component availability since the Fire is indeed shipping internationally. I’m guessing the bottleneck is either the light diffuser or the XGA screen. (Maybe both if they’re having yield issues with the bonding process.)

Two words: Holiday shopping. I think you are exactly right. The last thing Amazon wants is to run out of the new models before the Christmas rush. They must have learned their lesson from the last time that happened.

"I would half expect that the KPW will go international some time in late November. I don’t expect the supply bottleneck to last, and the current high demand is at least partially due to customers buying the KPW to ship to friends overseas."

If that’s the only delay, that won’t be too terribly bad. I’ll post the link on Mobileread.

For people in Japan,"International" means that we can buy a Kindle from the USA and use the USA book store. You cannot use a Kindle to buy stuff from the Japanese amazon.co.jp site. However, a few weeks back, Amazon said that the Kindle would be coming to Japan "in the near future" so this delay you describe could also be because Amazon wants to reserve the nice glowing Kindles for when they introduce the Kindle to Japan, as an incentive for people to ditch the grey-screen International version and buy a paperwhite one that is usable with the local amazon.co.jp. It would trash the local competition.

Further international expansion would be one reason for the delay, yes. And I would expect that the KPW would launch the Kindle Store in Brazil, too.

I ordered mine 2 hours (Had to give serious thought over wifi, 3g, with ads or without.) after the presentation was over. I had a date of October 1st, now I have a data of October 11. Not thrilled I have to wait an extra 10 days but oh well.

Could be a supply issue like you think Nate.

If I am 10 days behind you despite only ordering 24 hours later then it is most certainly a supply/demand issue. Thanks!

Nate, if I have googled it enough, it seems the rumor comes from The Good E-Reader site, which cites sources within Amazon. I don’t know how credible this can be when their article ends with a link to buy the KPW from outside the US from their shop – with a premium of course at $160…

Note that it says, "the week of October 22nd." Last Thursday, I refreshed the Amazon homepage until the new Kindles ad came up, and ordered it almost instantly. My expected delivery date is October 3rd. Hopefully that will hold true.

I just tried a preorder, but Amazon did not let me complete it: the item cannot be shipped outside the U.S., so wether I find a kind American willing to play post office, or I wait for the EU distribution…

Waterstone’s CEO is claiming the new Kindles will be available next month in store. Also some type of "read in store" mechanism to generate in-house sales from which Waterstones receive a commission.

To be blunt: they *are*.
They are not going to antagonize customers in a market *known* to buy 1 million-plus Kindles per month during the holiday season (and the most competitive market on the planet) on the *speculation* of selling a few thousand units in an under-developed market.
Amazon’s priorities are clear: First North America, then the UK, then the european countries with Kindle stores, then everybody else.
It’s called covering your base.

To be honest: Amazon thinks they *are*.
They are going to disappoint international early adopters of the Kindle that is right now the leader of the ereader market worldwide (e.g. In Italy Kindle is synonym of ereader). Maybe they could choose a cover-your-bases strategy years ago but they have to understand that Europe (and Australia, New Zealand… etcetera) is his *main* market too. Apple understood this point with iPhone. So did Kobo (thanks Rakuten) this time – you can just pre-order Kobo Glo in UK, France, Netherlands, Germany, Oceania countries…

To be honest is a slap in the face of the long time kindle users in Europe. I owned every generation of kindle, convinced lots of my friends to buy it, throughout this tine i bought over 260 kindle books and now my money aren’t good anymore?!

It’s going to be released in Europe in the next few weeks, and thanks to the back order situation here in the US you have an equal chance of getting one.

According to both Amazon.co.uk and Amazon.com if you order today shipping will only be in December.

So I don’t see it being available outside UK and US this year.

It was going to be a Christmas present. Not any more.

I was supposed to get this for Christmas, but it’s not available in my country. I got a crappy Nook instead. FUCK YOU KINDLE!!!!!!!

July 2013 and still no Paperwhite in Norway. Why??